NYT History Book Reviews: Who Got Noticed this Week?

Erik Moshe is a journalist, an Air Force veteran, and a student at Broward College. Visit his site: TheCentersphere.yolasite.com

The New York Times recently published four reviews of books that belong to the historical genre (it's HNN's bread and butter, if you haven't noticed… and jam, and hummus, and maple syrup too).

The first of this week's batch is Dead Wake: The Last Crossing of the Lusitania by Erik Larson. Larson is an acclaimed author of narrative nonfiction, and the book in question is about the sinking of the RMS Lusitania, a British ocean liner,which occurred on May 7, 1915 during the tenth month of World War I, as the ship was identified and torpedoed by a German U-boat about 11 miles off the coast of Ireland. The Lusitania sank in just 18 minutes. A flotilla of rescue boats was launched and 761 people were saved. The majority of the 1,198 passengers who lost their lives were never recovered. Fewer than two years would pass before the United States formally entered the war, but the sinking of the Lusitania played a significant role in turning public opinion against Germany, both in the United States and abroad.

In an interview conducted by the publisher, the author was asked what the most surprising or affecting thing he had learned in the course of his research was.

Easily the most moving moment was when I was granted special access by the University of Liverpool to examine a collection of morgue photographs taken soon after the disaster. I was not permitted to photograph or otherwise reproduce the images, for obvious reasons. But the photographs really brought home to me something that tends to get lost in the historiography of the event—that it was first and foremost a deeply tragic event that subjected two thousand men, women, and children to unimaginable horror.

He also said that he'd "wager that just about everything that people know or think they know about the Lusitania is just flat-out wrong. Certainly that was the case with me. The sheer wrenching drama of the event pretty much took my breath away.”

Hampton Sides, a best-selling author in his own right, who teaches narrative non-fiction at Colorado College. His books have been reviewed by the NYT's (here, and here), and he was also featured in a news article on HNN back in 2006.

Larson is one of the modern masters of popular narrative nonfiction. In book after book, he’s proved adept at rescuing weird and wonderful gothic tales from the shadows of history. Larson is both a resourceful reporter and a subtle stylist who understands the tricky art of Edward Scissorhands-ing multiple narrative strands into a pleasing story.

Larson paints a nuanced and empathetic portrait of the Lusitania’s fate-ravaged captain, William Thomas Turner, but he seldom lingers long enough with any of his other characters to establish a lasting connection. When the torpedo strikes, the reader has little sense of suspense, and little concern for who will live and who will die.

After the torpedo blast, the narrative rarely gains emotional traction again. I could see the disaster unfolding. But I couldn’t feel it.

Cunard Line, the British/American owned cruise line that built the Lusitania back in 1907, is having a commemoration in May 2015 on board their luxury ship Queen Victoria: “In Cobh, you’re invited to ceremonies at the town memorial and cathedral to remember Lusitania, the ‘floating palace’ torpedoed and sunk offshore 100 years earlier on 7 May 1915.”

The onboard speakers include maritime historians and Cunard experts. Another available spot is the Cobh Heritage Centre's Lusitania Exhibit in Ireland.

The second book that was reviewed is Hell and Good Company by Richard Rhodes. This is what Paul Berman says in his NYT review of the book:

Berman, who has appeared on HNN before in the Op-Ed section, considers the book well-written, but says it does little to contribute to the academic exposition of the war's conflicting doctrines.

In the book’s preface Rhodes says: “Spain today is a democracy. Who was a Communist, who a fascist, who connived with whom in the Spanish labyrinth are questions for academics to mull.” Berman weighs in that:

No one will mistake the dagger thrust in Rhodes’s remark, and connoisseurs of the literature of the war will recognize that his anti-academic blade is directed, in particular, at the historian Gerald Brenan, who wrote a classic study called “The Spanish Labyrinth.”

Other remarks by the reviewer:

Rhodes draws the tone of his narrative from these people and their writings — clenched, grim, occasionally lyrical, dashing and stoical, in the 1930s style. He draws from them a simplifying picture of the war. He describes Franco as a “43-year-old traitor” and the enemies of Franco as “the long-suffering Spanish people,” which shows that Rhodes’s heart is in the right place, and his commitment to nuanced description is in the wrong place.

In an interesting interview with HNN's Robin Lindley, Rhodes discussed that:

The characterization of the Spanish Civil War was that it was “a little world war.” Time magazine gave it that catch phrase ... I realized that there were whole aspects of the war that had been bypassed—explored to some extent in the specialty literature, but not in the general histories. So there was a book to be written, and I got increasingly engaged in it.

Since it has been blessed by HNN's staff, it automatically gets my stamp of approval! (Alas, I am out of stamps. I will have to settle for affectionate, scholarly water-marks).

The third book reviewed is Anonymous Soldiers by Bruce Hoffman.

Bruce Hoffman is the director of the Center for Security Studies and director of the Security Studies Program at Georgetown University’s Edmund A. Walsh School of Foreign Service. His book Anonymous Soldiers chronicles the events that came before and led to the establishment of Israel: the three decades of growing anticolonial backlash that culminated in the end of British rule in the region, and the UN resolution to create two separate states. Hoffman shows how the underestimated “anonymous soldiers” of Irgun and Lehi defeated the British and helped to ensure the creation of the powerful nation-state of Israel.

Tom Segev, an Israeli historian and author, was chosen as the reviewer. He is currently working on a biography of David Ben-Gurion, the first prime minister of Israel.

Segev observes that “Hoffman writes skillfully, if somewhat repetitiously, describing numerous acts of terrorism in great detail and with apparent fascination for the drama they entail.”

The fourth book reviewed is The Death of Caesar by Barry Strauss.

Barry Strauss, a professor of history and classics at Cornell University, and a leading expert on ancient military history, writes about the real assassination of Julius Caesar, a carefully planned paramilitary operation that was put together by Caesar's defectors and executed precisely. Brutus and Cassius were indispensable players in the scheme, yes, but according to Strauss, they had the help of a third assassin named Decimus, who was a mole in Caesar's entourage, a prominent general, and a lifelong friend of the Roman Emperor. It was he, not Brutus, who truly betrayed Caesar.

Strauss has written for HNN before; he set the record straight concerning William Shakespeare's interpretation of how the events went down with the Caesar assassination.

The reviewer, James Romm, author and teacher of classics at Bard College, wrote an article for HNN as well about his book Dying Every Day: Seneca at the Court of Nero, which was reviewed by the NYT here.

The opacity of Caesar’s killers has bedeviled scholars, and it poses challenges for Barry Strauss … This historical study captures the tension of an unfolding crisis but also runs into strong headwinds when it comes to questions of character and motive.

It’s hard to draw out the moral meaning of Caesar’s murder from among a welter of mights and perhapses.

Strauss made his mark as a military historian in books like “The Battle of Salamis” and “The Spartacus War,” and he’s strongest here when tracking Caesar’s army units in the days after the assassination.

Moving beyond the doom and gloom of tragic ship sinking’s, brutal civil wars, and untold aspects of assassinations, we kindly transition to our final segment of this week's historical smorgasbord: 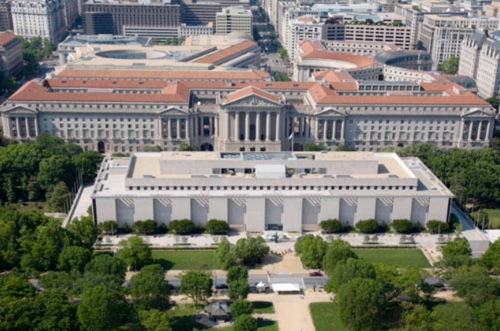 For Fun: An article by Tim Grove, Chief of Museum Learning at the Smithsonian National Air and Space Museum in Washington, D.C., written in May of last year for HNN, entitled "Five Things Historians and Teachers Need to Do to Make History Fun.”