Yes, Congress Has a Role in Foreign Affairs

Kevin R. Kosar is the Director of the Governance Project at the R Street Institute, a free-market think tank. 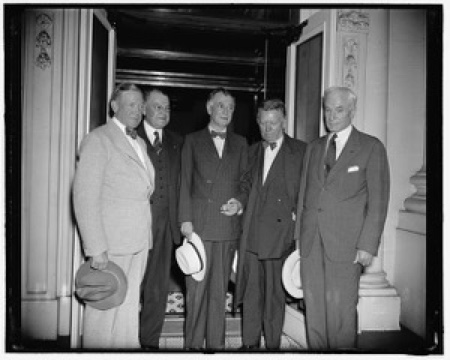 This past week, Congress passed a bill to address President Barack Obama's proposed nuclear deal with Iran. Throughout the legislative process, critics have complained that the bill would usurp presidential authority. They are very wrong.

The Iran Nuclear Review Agreement Act, or S.615, is modest. The measure, introduced by Sen. Bob Corker, R-Tenn, sets no negotiating terms, nor does it force the president to define the deal as a treaty subject to approval by two-thirds of the Senate. Instead, it asks the president to submit the proposed agreement and a report to Congress, and then to permit a vote. If the legislature approves the deal, it is done and Obama wins. If it disapproves, Obama can veto the resolution, and Congress likely does not have the votes to override that veto. Again, Obama wins. If Congress fails to vote within 60 days, the agreement, yet again, is approved. Once more, Obama wins.

So what is the big deal? Some observers have gotten it into their heads that the president should have an unfettered hand in foreign affairs.

Steve Coll of the New Yorker recently vented about a 1936 decision in which the Supreme Court endorsed the president's prerogative to lead foreign policy. The court opined that the president alone “has the power to speak or listen as a representative of the nation.” According to Coll, the case, U.S. v. Curtiss-Wright Export Corp., “has influenced law and the conduct of foreign policy for almost eight decades,” and modern Republicans ignore this history. “They have meddled in unprecedented fashion to undermine President Obama's nuclear diplomacy with Iran,” Coll writes.

In fact, the president never has been the “sole organ” of foreign policy. The U.S. Constitution assigns the president limited powers in foreign affairs. He may receive foreign nations' ambassadors and ministers. He is commander in chief of the Armed Forces, but only when the military is called into service. He also may make treaties “by and with the advice and consent of the Senate.”

By contrast, Article I grants Congress the authority to raise and support armies, to provide and maintain a navy, and to declare war. Congress established the Department of State and the Department of War (now the Department of Defense) in 1789. Congress funds these foreign policy agencies, and per the Constitution it has the power “to make rules” for their operation. The Senate also must approve those the president selects to head these departments and to serve in top diplomatic positions.

The tradition of congressional involvement in foreign policy dates to the start of the Republic. George Washington came to the Senate in August 1789. He wanted, as Charlene Bickford recounts in the latest Federal History journal, to discuss with the legislators how to proceed in his dealings with the Cherokees, Chickasaws, Choctaws and Creeks. Washington wanted money and specific instructions on the conditions for negotiating with the American Indian tribes. The Senate fell into debate, and the president left, as did Secretary of War Henry Knox. A couple of days later, Washington returned, and a mutually satisfactory arrangement was concluded.

This early instance of consultation in foreign affairs set the template for the future: Foreign affairs was to be a collaborative effort. Both chambers of Congress have foreign affairs committees, and the Senate's dates to 1816. Members of Congress have been involved in many foreign negotiations. President James Madison appointed congressmen to help negotiate the Treaty of Ghent in 1814. Congressmen participated in the 1945 gathering that produced the United Nations charter.

Presidents and Congress, unsurprisingly, often have found themselves at loggerheads over foreign affairs. In the latter half of the 19th century, the Senate rejected 10 treaties. Sen. Robert Byrd, , D-W.Va., went to Russia in 1979 while the SALT II negotiations were ongoing. Rep. David Bonior, D-Mich., traveled along with two other congressmen to Iraq in 2002 to denounce the Bush administration's move to war. That is the nature of things in a system where separate branches share power.

The proposition that the president leads on foreign affairs, and that Congress should not meddle, has matters exactly backward. The Constitution gives all law-making authority to Congress and demands the president “to take care the law be faithfully executed.” Treaties and other diplomatic agreements have the force of law, so Congress has every right to vote to approve their enactment. Let it be remembered, when President Franklin Roosevelt imposed an arms embargo in 1934 that the Curtiss-Wright Export company violated, he was drawing upon authority granted to him by an act of Congress.