Lucy Ann Lobdell : The 19th Century Woman Who Pretended to Be a Man

William Klaber lives in upstate New York. A graduate of Wesleyan Univ. and NYU Law, Mr. Klaber is best known for producing the acclaimed radio documentary, The RFK Tapes and co-authoring the book Shadow Play (St. Martins, 1997). The Rebellion of Miss Lucy Ann Lobdell is his first foray into fiction.  It was published by St. Martins Press in February 2015. It can be purchased through Amazon.com 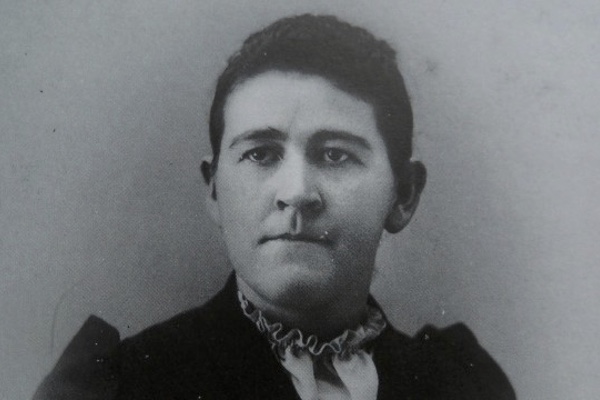 One day in 1855, Lucy Ann Lobdell cut her hair, changed clothes and went off to live the rest of her life as a man, making history at every turn.  In frontier Minnesota she was put on trial for the crime of wearing men’s clothes.  In Pennsylvania she was married to Marie Perry by an unsuspecting judge, likely the first recorded same-sex marriage in America.   In 1879 she was given a huge obituary in the NY Times:  “Death of a Modern Diana, Wearing Man’s Clothing She wins a Girl’s Love.”  In 1891, in the journal Alienist and Neurologist, Dr. P.M. Wise referred to Lucy’s relationship with Marie Perry as “lesbian love,” and several sources credit that reference as being the first time the word “lesbian” was applied to an American woman.  But now the question arises, was Lucy truly a lesbian?  Or was she transgender?  Two books are currently out with different ideas on that question. 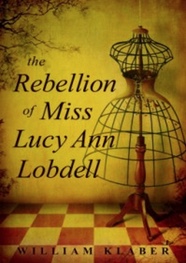 A dozen years ago, unknown to each other, Bambi Lobdell and I both began nonfiction books about Lucy Lobdell.  A couple of years later, I decided to fictionalize Lucy’s story as the best way to bring it forward. Bambi Lobdell’s treatise, A Strange Sort of Being, which came out a few years ago, argues that Lucy Lobdell should not be thought of as lesbian, but as transgender.  My book, The Rebellion of Miss Lucy Ann Lobdell, published by St. Martin’s Press in February of 2015, is Lucy’s purported memoir, the one she promised to write, and in it Lucy over and again tries to figure out just what she is.  Along the way she comes to accept that she is a woman who loves women, but she doesn’t solve for the reader the lesbian/transgender riddle.  And how could she?  Can anyone find a transgender discussion that dates back to 1855?  So while Lucy could not address this issue, I, as author and Lucy-scholar, can.  My conclusion is that she wasn’t transgender.

Most of the evidence that Bambi Lobdell cites to support her transgender argument comes from statements reportedly made by Lucy later in life, once she was locked up in an insane asylum.  But when Lucy was a young woman she wrote a fifty-page Narrative, which is an account of her girlhood and a feminist manifesto.  If Lucy were truly transgender you would expect to see some hint of it in her own words.  But you don’t.

Lucy goes on about her early boyfriends William Smith and Henry St. John and her bumpy relationship with “handsome” George Slater that finally ended in marriage.  Bambi Lobdell explains this anomaly by alleging that the marriage was “forced,” but there is no evidence of that.  Instead it appears that Lucy forced the marriage on her family, whose misgivings about Mr. Slater were born out as he apparently cared more for the drink than he did for Lucy.  He abused and then abandoned her, leaving her pregnant with daughter Helen.

By her own account, Lucy changed clothes so she could work and earn men’s wages, to escape the tyranny of a world configured to serve only men.   She didn’t do it to meet girls.  And while she was an active and adventurous young woman, there is no indication that she felt as though she was a man trapped in a woman’s body.   It was after she was passing as a man and women were turning on to her that she began to see the world in a new way.

It had to be confusing.  The modern vocabulary of sexual diversity didn’t exist then, much less blogs or support groups.  Lucy was an early feminist, which seems clear.  She was also, by her own words, an opportunity transvestite.  She may have been, for a time, bi-sexual.  But most of all, to my mind, she became a woman who loved women.  Yes, once she changed clothes and felt the freedom of being a man, she did not wish to go back.  She preferred to remain in men’s clothes and be addressed as Joseph.   But to say Lucy Lobdell was transgender, end of story, is to deny what is most compelling about her—her transformation.