What I’m Reading: An interview with Historian Heather Cox Richardson 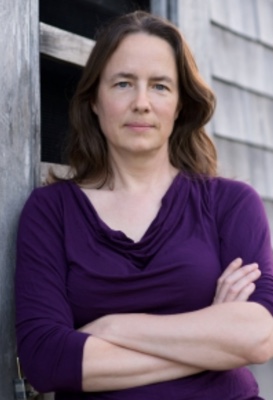 Your latest book is a history of the Republican Party. Why did you decide to write the book?

I had toyed with the idea of writing a history of the Republican Party for years. My first three books were a sort of trilogy that explored the creation of the American middle class in the second half of the nineteenth century. They meant that I had a ringside view of the early years of the party, which formed in the 1850s. My fourth book was supposed to take me in an entirely different direction, but it, too, turned out to examine the Republican Party, but from an entirely different angle than I had used before. My teaching also covered the party, almost exclusively in the twentieth century. So writing the whole story seemed to be an obvious move… although it turned out to be much harder than I envisioned.

What is  different about your account than, say, Lewis Gould’s history, which came out a few years ago?

Well, for one thing, mine’s half the length of Gould’s. But aside from that, there are two big differences between my account and others. First of all, the internet gave me an enormous advantage over previous scholars of this period. I had easy access to government files, political documents, and newspapers that previously were widely scattered. That meant I could base my story almost entirely on primary sources, which enabled me to present a different account of the party than others have been able to do, with the myths stripped away from the facts. With access to a huge range of newspapers, for example, I could show that the story of Grant’s corruption, which is almost an article of faith at this point, was, in fact, a political attack, and that Republican leaders deliberately created the Panic of 1893.

Second, I found that the story of the Republican Party was really the story of America. Examining the party became a lens for exploring the tension in America between equality of opportunity, promised in the Declaration of Independence, and the protection of property, guaranteed by the Constitution. We have fluctuated between those two poles since at least the 1850s. Is the government’s role to protect every person’s right to equality of opportunity, which requires business regulation and taxation, or to protect the property of the wealthy by leaving them to run their industries as they wish and to pay low taxes? This is the central problem of our democracy.

Recently, you helped found the website We’re History.  What is it all about?

We’re History is a new online American History magazine that offers “serious history for regular people.” Boston College librarian Elliot Brandow and I started it in October 2014 to do two things: to share scholarly but accessible American History with a general audience, and to offer a place where scholars could develop a different style of writing than the books, articles, and conference papers they write for academic audiences. We publish factual history articles—not op-eds—that explain the history behind the news, or explore why an event or a person is historically significant, adding backstory and facts to current events. We focus, too, on pieces that can be used in classrooms, for Black History Month, for example, or explaining the Senate filibuster. We also run fun historical lists: Ten Famous American Horses, or Seven Sports Scandals. We’re History is edited and fact checked but also offers scholars and readers a chance to engage through social media or directly on the site on a large variety of American History topics.

I didn’t really choose history; it chose me. I’m from a small town, and grew up listening to people who made sense of the world through their stories about the past. History was very real to us, and very important for understanding the present.

My childhood spent listening to stories combined with my own interests. I have always been fascinated by the relationship between image, reality, and power in society. That’s pretty much what historians study, although more practically, we frame it as how societies change. I have also always loved writing; to me, putting words on a page creates a new world. So studying history and writing about it was not a choice, so much as an incredible opportunity.

What was your favorite historic site trip? Why?

Plimoth Plantation, in Plymouth, Massachusetts. The interpreters know their history thoroughly and are careful not to talk about anything that hadn’t happened in their day. They really emphasize how people made decisions in history with only the information they have at hand. This is self-evident when you say it, but one that people tend to forget when they second-guess people’s behavior in the past.

If you could have dinner with any three historians (dead or alive), who would you choose and why?

The obvious answer is my advisors, David Herbert Donald and William E. Gienapp, because I miss them. But for where my historical interests are these days, I’d go with Mercy Otis Warren, Angie Debo, and John Hope Franklin. These three scholars came from extraordinarily different backgrounds, but their circumstances placed them on the margins of acceptable historical thought in their eras. I would love to hear them talk about how their outsider status affected their ideas and their lives. And for good measure, I’d want Ta-Nehisi Coates to moderate.

I like history that pushes in new directions. I still have a very soft spot for Walter Prescott Webb’s The Great Plains (1931), which made a sweeping argument about the way the environment changed American history. Similarly, Charles Beard’s The Economic Origins of the American Constitution (1913) blew me away; his argument that political leaders acted from motives other than ideology was revolutionary in its era (even though his research was abysmal). The modern day work that still astonishes me for the sheer beauty of its imaginative scope is Richard White’s The Middle Ground (1991). For the pleasure of the words, I still read Bill Bryson’s Shakespeare: The World as Stage and Arthur Schlesinger Jr.’s The Crisis of the Old Order almost every year. But for fun, I will read anything at all written in the nineteenth century about America: everything from agricultural reports to trashy novels. And political speeches.

What is your favorite library and bookstore when looking for history books?

Well, you can’t beat Harvard’s Widener Library for books. Just going into those stacks makes me happy. My favorite library for personal reasons, though, is the Merrill Memorial Library in Yarmouth, Maine, where I can still work at the same table on which I wrote my first history paper in middle school. I try to work there at least once a year.

I like little used bookstores in the country, although there are fewer of them now than there used to be.

I collect first-edition nineteenth-century political biographies, memoirs, and histories. That’s how I got into searching out rural used bookstores. Because salesmen usually sold politicians’ biographies or memoirs door-to-door, there are often one or two in the collections of old homes in rural areas. They end up at the local bookstore when people clean out their attics. I found The Letters of Mrs. James G. Blaine for my mother when I was in college and when she died shortly thereafter the two volumes came back to me. I then picked up Elihu Washburne’s Recollections of a Minister to France for myself, and then another, and pretty soon I realized I had a collection underway. You can still pick them up reasonably, and my collection is getting bigger.

Which history museums are your favorites? Why?

My favorite history museum in the world is probably the Cabinet War Rooms in London, the underground bunker where Churchill and his staff plotted how to fight WWII. The curators have preserved the space and designed a tour that makes you feel as if you’re living in the time. In America, my favorites are the Maine Maritime Museum, in Bath, Maine, which has a phenomenal collection that illuminates New England maritime life; the Museum of the Fur Trade, in Chadron, Nebraska, which has a great collection of firearms and all sorts of objects from the fur trade (it also has a great quarterly magazine); and the Atlanta History Center, whose Civil War exhibit is excellent on the nuts and bolts of what exactly it was like to make a bullet casing, for example, or shoot from a trench.

Which historical time period is your favorite?

What would be your advice for history majors looking to make history as a career?

Write constantly: letters, journals, notes, manuscripts, emails. Constantly. And do your own research on a topic before you read secondary sources so you can learn how to develop your own ideas.

Rick Schubart, from Phillips Exeter Academy, who taught me to love primary sources and to write history. Maybe most important, he gave me the space to be creative in my historical thinking, while always insisting on a very solid final product.

Why is it essential to save history and libraries?

History is the study of how and why societies change. If we do not understand that, we cannot make good decisions about today’s world. The race toward STEM at the expense of other fields seems to me misguided, because while STEM fields are vital, it is the people who study the liberal arts more generally who understand how to use science and technology effectively.

Libraries are the physical repositories of human knowledge. The internet is great, but the serendipity of cruising the stacks removes a filter between ideas and a reader. This creates an entirely different relationship than one gets from search engines, which are, of course, curated by definition. But they’re not just passive; with the rise of digital technology, libraries—and librarians—have become our most active managers of knowledge. Librarians are the ones figuring out how to preserve, digitize, and share collections openly (commercial vendors have a very different mission). Librarians have become indispensible for research, as they are the only ones skilled enough to stay on top of what is available online and to clear access to those places. I would say libraries are more important now than they have ever been. Finally, There is also the very important point that libraries symbolize that learning and knowledge are shared societal values. They should be objects of community pride.