Jeffersonians Claimed Washington Was Hamilton’s Dupe. They Were Wrong.

Stephen F. Knott is the co-author, with Tony Williams, of "Washington and Hamilton: The Alliance That Forged America." 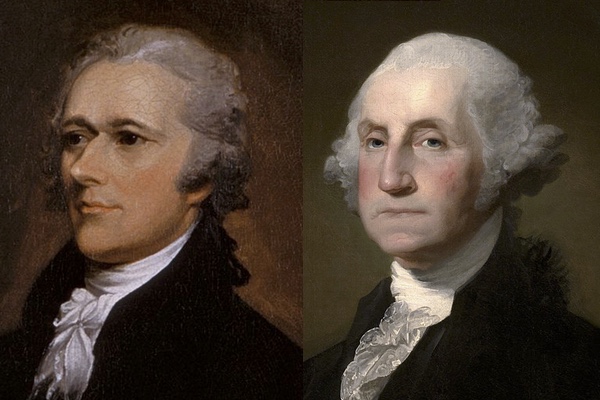 For well over two hundred years, Thomas Jefferson and his admirers have had to choose between two unflattering interpretations of George Washington’s presidency. The nation’s first president was either an accomplice in implementing Alexander Hamilton’s “counterrevolutionary” policies or a trusting man who simply did not recognize Hamilton’s ill-intent. Many Jeffersonians embraced the latter position as the more palatable option – better to believe that an elderly, intellectually-challenged Washington was unaware of Hamilton’s schemes than that the “father” of his country was conspiring with a closet monarchist. 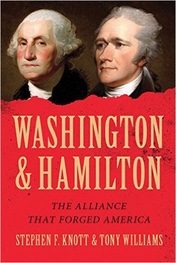 The image of a doddering President Washington was a myth, but it served to comfort anxious Jeffersonians. The truth was simply too much too bear, for while Washington treated Jefferson with respect and attempted to mediate the Secretary of State’s disputes with Hamilton, he sided repeatedly with Hamilton during his eight years as president. In fact, despite Washington’s distaste for political parties, the Federalist’s party’s “platform” was as much Washington’s as it was Hamilton’s.

Hamilton’s economic policies, implemented under Washington’s aegis, were acts of nation building that launched the United States on the path to becoming an economic superpower. Critics of these policies tend to focus their fire exclusively on the Treasury Secretary, but as Washington told Jefferson, the policies Hamilton implemented at the Treasury Department were his policies, as were the administration’s policies toward Great Britain and France. As early as January 1789, long before Hamilton was nominated as treasury secretary, Washington made it clear that resolving the nation’s ailing credit ranking and building the allegiance of the American people to the national government were his top priorities. Writing to Marquis de Lafayette, Washington noted that his priority as president was “to extricate my country from the embarrassments in which it is entangled, through want of credit; and to establish a general system of policy, which if pursued will insure permanent felicity to the Commonwealth.” As the editors of The Papers of George Washington observed, “there is no doubt that the president agreed completely with the implied objectives of the secretary of the treasury’s fiscal program to create economic policies designed to produce a strong centralized federal government.”

Remarkably, these facts continue to be ignored; understandably so, for attacking Hamilton was and is a far more acceptable approach than attacking the towering figure of George Washington. One sees this phenomenon in accounts dealing with the suppression of the Whiskey Rebellion of 1794, when thousands of “rebels” in western Pennsylvania defied a federal excise tax on alcohol, armed themselves, and at one point threatened to burn Pittsburgh to the ground. Federal agents attempting to collect the tax were frequently attacked, and in one instance, a “revenuer” was held in a distillery for three days without food, and told that he could secure his freedom by submitting to having his nose ground off by a grindstone.

Washington repressed this insurrection on the grounds that he was constitutionally obligated to “take care that the laws be faithfully executed,” but that view tends to be dismissed in lore and legend. Instead, this episode of lawlessness on the part of whiskey distillers and their sympathizers is celebrated by progressive historians as an example of grassroots democracy in action. According to this caricatured account, the whiskey rebels were simple country-folk who abandoned their cracker barrels to defend their God-given right to produce moonshine. They fought to liberate themselves from an oppressive east coast establishment led by Hamilton and the “moneyed interest” – all traitors to the Spirit of 1776. This tale is Jeffersonian-inspired propaganda masquerading as history, but it has proved remarkably resilient. For Washington and Hamilton, the Whiskey Rebellion was a challenge to the rule of law, and while hindsight might allow one to dismiss the seriousness of the Rebellion, the threat was quite real to a newborn government whose viability was still open to question.

Hamilton tends to be the villain in various progressive portrayals of the Rebellion, but it was President Washington who authorized the use of force against the rebels, and even led, for a time, the 15,000 man force (which Washington cunningly named “the Army of the Constitution”) that marched into western Pennsylvania. Washington hailed the demise of the Whiskey Rebels, noting that the uprising’s suppression “demonstrated that our prosperity rests on solid foundations,” for the American people were “ready to maintain the authority of laws against licentious invasions.” For Jeferson, Washington’s response to the Whiskey Rebellion, or “Hamilton’s insurrection” as Jefferson called it, was further evidence of the great that the president had become the captive of a dictatorial inclined Hamilton.

Nowhere were the conflicting visions of Washington’s Federalism and Jefferson’s Republicanism more pronounced than in their differing views on the French Revolution. Washington and Hamilton were repulsed by the ease with which the French revolutionaries and their American supporters countenanced mob violence and show-trials as a means of purging elements of the old order. In Washington’s and Hamilton’s view, there was no common ground between the American and French Revolutions; the former was characterized by a devotion to liberty, the latter by a passion for licentiousness. Jefferson welcomed the violence in France as an appropriate method to cleanse the new republic of any reactionary holdovers, and argued that if the revolution extinguished all but one man and one woman, it would be well worth the price. This was the same Jefferson who proposed executing any Virginia banker who cooperated with the Bank of the United States.

Conventional wisdom holds that the epic confrontation of the founding era occurred between Hamilton and Jefferson, with Washington somehow floating above it all, when in fact it occurred between Washington and Hamilton on one side and Jefferson and James Madison on the other. Jefferson helped to foster this myth, celebrating his man-to-man confrontation with Hamilton by placing busts of Hamilton and himself (revealing the titanic range of his ego) facing each other in the entrance to his plantation. When startled visitors would inquire as to why he would display a bust of Hamilton directly across from one of himself, Jefferson would dryly note, “Opposed in death as in life.”

Over time, some Jeffersonians came to see Washington less as a victim of Hamilton’s machinations and more as a co-conspirator. This was an accurate assessment of the situation. Hamilton remained firmly under the president’s direction throughout his tenure as treasury secretary. As Jefferson once noted, Washington was “always in accurate possession of all facts and proceedings in every part of the Union, and to whatsoever department they related; he formed a central point for the different branches, preserved a unity of object and action among them.”

In the end, Washington belatedly acknowledged Secretary of State Jefferson’s repeated attempts to undermine his policies, and in the final years of his life, he severed all contact with the Sage of Monticello. Jefferson reciprocated by refusing to attend the memorial service in the nation’s capital after Washington died, despite the fact that he was the sitting Vice President. Jefferson could hardly restrain his glee over the news of Washington’s passing, noting that it would allow for a reemergence of the “republican spirit.” Martha Washington would later note that the two worst days of her life were December 14, 1799, the day her husband died, and a day in January, 1801, when soon-to-be president Thomas Jefferson, whom she detested, paid her a courtesy call at Mount Vernon.

Americans should put aside the caricatured account of their early history that pits Jefferson against Hamilton, for Washington was as much a party to this confrontation as Hamilton. Despite his disdain for factions, Washington became the leading Federalist of his time, and his collaboration with Hamilton proved to be the critical alliance of the founding era.