Our Emotional Brains May Be Inherited from Our Stone-Age Ancestors, but We Are Evolving 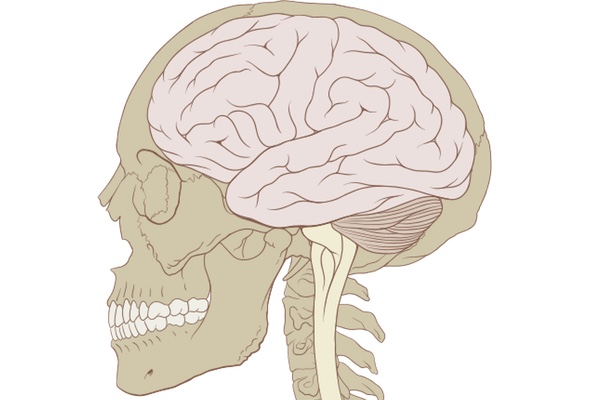 Population geneticists point put that our emotional brain is in our stomach. Maybe that is why we have the phrases, gut reaction or a pain in the stomach. The brain in our belly has not evolved alongside the brain in our head.

The January 12, 2016 Washington Post reviewed the most recent book by Rick Shenkman, my editor at History News Network, explaining that the book, Political Animals: How Our Stone-Age Brain gets in the Way of Smart Politics, is the best explanation yet of the current political climate in America. On Thursday, January 28 at 7:30 p.m., the author will be sharing his book with an audience at Seattle Town Hall. If you are in the area, the discussion and the Q&A will be exciting, because obviously, this is one book that, as the reviewer explains, shines a light not only on political leaders and their actions, -- on modern -- media and communications, -- and on our evolution as human beings, -- but on us as voters.

Rick Shenkman, my editor, writes about human ancestry and politics and I write about human ancestry and culture, so we have bonded. In a previous article, I noted that population geneticists say, as humans, we have evolved in many ways, except emotionally. Our emotional reactions in terms of jealousy, fear, anger, joy, trust, disgust, shame, kindness, envy, pity, love and other reactions are not very different from that of our Stone-Age ancestors tens of thousands of years ago.

Emotionally, we as humans have not evolved. What this means in terms of social status, race and culture, I discuss in my articles and upcoming books; what it means in terms of politics, Rick Shenkman discusses in this his new book.

In recent elections, the debates, discussions, tweets and comments over who is or is not connected to America’s mainstream narrative and America’s origins have gotten downright nasty. The dog-whistling has silenced and people now utter their toxicity about belongingness openly. Because of heightened discussions about in-group, out-group, so have the debates about who should or should not benefit from America’s economic and business largess. Items that were once considered basic human needs on Herbert Maslow’s Hierarchy of Human Needs: food, shelter, clothing, health – the basic physiological and safety needs – in some places in the U.S. are now considered luxuries.

I was amazed when a political candidate speaking in Mobile, Alabama asked the thousands gathered for show of hands of those who arrived at the rally in their Mercedes-Benz. I looked at the audience on TV and saw that there were very few hands, a sparse handful, because most had arrived in their family’s used car or a pick-up truck they use in their local business, but the question must have made them feel that one day they will arrive in a Mercedes-Benz. The “connection” is political but it is also social, racial and economic.

My favorite passage from the Washington Post’s review highlights the connections we make that show if we have or have not evolved emotionally. Our ancestors’ brains helped them form groups and ensured safety in the Stone Age and the centuries that followed, but what is happening to our emotional brains today? The reviewer captures the gist of the book and discusses our missing emotional evolution. He points out that Shenkman says this about our emotional brain in politics:

“In the Pleistocene era, it was helpful to know if someone came from different stock,” the author writes. “Almost certainly someone who did posed a potential danger.” Though today that knowledge no longer offers evolutionary advantages and can lead to “unwarranted conclusions” about political leaders, candidates can still “win over many voters simply by playing on a bond based on common ancestry,” Shenkman writes. “They have learned we can be manipulated into voting for them merely by establishing this connection. The mischief comes when a politician and his acolytes decide to exploit this bond by whipping their own kind up into an ethnocentric frenzy and demonizing rivals who lack the connection.”

The author points out that more emotions than views are expressed when people discuss politics, but there are also more emotions than views expressed when people discuss social status, economics and economic opportunity. The haves cherish what they have more when there is a large segment of the have-nots. Once some achieve a certain status economically or socially, they create drawbridges to prevent others from rising. The emotional small-group Stone-Age mentality that Rick Shenkman discusses in current politics and in some leaders’ exploitation of the populace’s emotionality also exist in their social and economic policies.

In my current research, in researching and writing about the business environment that developed at the birth of the nation, one of the observations I made is that social and political leaders today connect not only with the nation’s origins by pointing a finger at who they say belong and who do not belong as Americans, but they do the same in pointing a finger at who is connected or is not connected to the nation’s economic and business roots.

I further discovered how competitive some leaders, especially business leaders were about touting connections to the American historical narrative when, during the Occupy Wall Street movement, at a dinner celebrating Wall Street, a journalist reported one bank’s claim.

The bank’s banner, which hung above the diners at the festive dinner, said, “We don’t mean to brag, but we’ve been Occupying Wall Street for 227 years.”

At the time, I wrote about the 18th-century merchant cargo ship discovered under the World Trade Center in the Wall Street area, and called attention to how easy it is for some who feel connected to history distort the connections of others. I reminded readers in my NearSay article that, as Occupy Wall Street protests unfold on the very streets where the ship was discovered, the bank’s banner reminds us that history is not only what happens, it is what is recorded, preserved and remembered. The 1 percenters preserve; they also distort. I said, “One of the main differences between the 1 percenters and the 99 percenters is the group that is now being called the 1 percenters work very hard to record and preserve their version of history.

“This was made clear this Thanksgiving week when a tweet revealed that a major New York bank mocked the history of who belongs and who has been on Wall Street and for how long. At an event celebrating financial journalists, a national bank shared with the journalists its own comical advertisement about the history of Wall Street.”

While occupiers were protesting and getting arrested that Friday night, a group of financial journalists attended the annual Financial Follies celebration. A major bank, BNY (Bank of New York) Mellon hung a banner, which said, “We don’t mean to brag, but we’ve been Occupying Wall Street for 227 years.” BNY Mellon Bank shared the feeling that many 1 percenters share, that they belong and the 99 percenters do not belong. They claim some others have not been here as long, or they are not as connected to the American mainstream narrative. Well, I responded and corrected the bank’s emotional words in the banner.

Yes, BNY Mellon Bank, a 2007 merger of the Bank of New York, founded by Alexander Hamilton in 1784, and the Mellon Financial Corporation, founded by Andrew Mellon, has been on Wall Street for centuries, but not 227 years. The bank has only been on Wall Street for 213 years. Research shows that Alexander Hamilton’s Bank of New York was founded at a meeting in the Merchants’ Coffee House on February 23, 1784, and opened on June 9, 1784, but it opened that year in a house, Walton House, a mansion on Pearl, Cherry, Frankfort and Dover Streets, between today’s South Street Seaport Museum and the Brooklyn Bridge. It did not move to its Wall Street location until April 23, 1798. So bragging words in an emotional tone or not, the Bank has been on Wall Street for 213 years, not 227.

Besides, both founders, Hamilton and Mellon, were philanthropists in their time. They showed empathy for the have-nots.

So to the leaders who pound their chests, echo false connections to the nation’s original story, and distort history and reality, I say, our brains may be the emotional brains we inherited from our Stone-Age ancestors, but we are evolving, and we will not be misled in politics, social life or business. A few will succeed in fooling some of the people some of the time, but we will evolve. Emotionally.