Anthony Clark is an independent writer and former senior Congressional staffer. His book on the politics and history of presidential libraries, The Last Campaign: How Presidents Rewrite History, Run for Posterity & Enshrine Their Legacies, was published in March. Follow him on Twitter: @AnthonyJClark 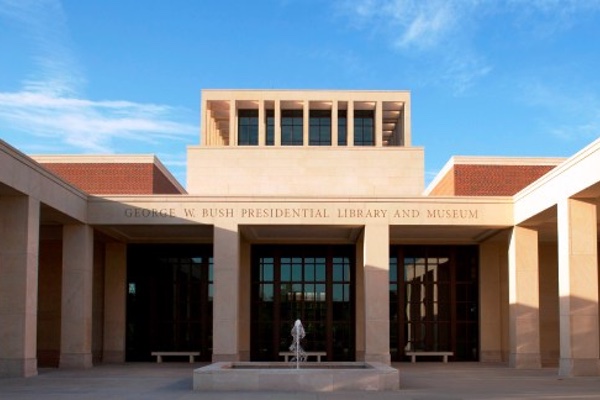 Last week the House of Representatives passed the Presidential Library Donation Reform Act, which sponsor Rep. John J. Duncan, Jr. (R-TN-2) has introduced in almost every Congress since 1999. Those few good-government groups that were paying attention hailed passage of the bill. 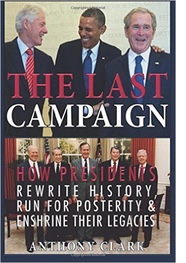 The legislation would require that presidential library support organizations – the private foundations that presidents set up to raise money for and build their libraries – disclose all donations of more than $200. The National Archives and Records Administration (NARA), the federal agency that administers the libraries, would be charged with publishing those donations in a timely manner.

Supporters tout the disclosure requirement as a major leap forward in reforming the largely unregulated system that commemorates former presidents and their families.

Disclosing donations – which, under current law, are secret, as well as unlimited, even while a president is in office – is, at best, a minor step, though one in the right direction. Of course we should know who is donating, and how much they give, whether the money is ostensibly for a re-election campaign or for a presidential shrine.

But simply forcing disclosure of donations isn’t nearly enough. No matter how large the sum, no matter how direct the connection to a presidential action on behalf of the donor (or someone close to the donor), disclosure alone will have little to no effect. When it comes to learning just how brazen, shameless, or corrupt our leaders are, the American public has shown a great ability to, at the one extreme, pretend to be shocked (for a shockingly limited period of time), and, at the other, yawn in complete indifference.

For those opposed to a given president, such “scandalous” discoveries only add fuel to their already-raging fire (“Told you them foreigners was givin’ him millions!”); for supporters, they’re just more opportunities to rationalize and excuse (“Well, do you know how much money it takes to build one of those things?”).

Our concern should not be on who or how much, but on why. What is a one, or ten, or twenty-five million dollar donor after, exactly? Hometown civic pride? From the limited information that has come out about earlier presidential libraries, many of the megadonors don’t even live in the United States, much less the city in which the library was built. Bragging rights? How could that be, when the donations are secret? That warm, fuzzy feeling that comes from helping the less-fortunate soon-to-be-former presidents among us?

What many assume to be a nefarious quid pro quo will not be eliminated or even reduced by donation disclosures. What we need is not just the revelation of donations to presidential library foundations, but a limit on their amount – for at least the same time period as the bill requires of disclosures (either a president’s last day in office or the date on which the Archivist of the United States accepts the library). Limits would not only help reduce the likelihood of purchased pardons, or pay-to-play solicitations, but might also fix a major problem of the system: that the libraries are getting bigger and bigger, in both dimension and ambition.

Some claim that donation limits might restrict the size of new presidential libraries, by starving foundations of those gigantic donations.

For decades after Franklin Roosevelt dedicated his decidedly modest fieldstone archive, these institutions increasingly became monumental…well, monuments. They are increasingly expensive for the government to operate. And they increasingly have allotted more and more space to the private foundations to continue conducting ever-widening business, far past their original goal of building and handing over the library to NARA.

In 1986, Congress tried to rein in these excesses by strictly limiting their size and requiring an endowment from the foundation to offset the cost of maintenance and operation. (Originally set at 20 percent of the total cost to build and equip a library, Congress increased the endowment during George W. Bush’s term, to 60 percent; that new amount first applies to President Obama.)

In the 1990s, foundations began to skirt this new law’s letter and spirit – with the active participation of NARA officials – by no longer donating the entire building to the government. George H.W. Bush, the first president from whom an endowment was required, built a library far exceeding the 70,000 square-foot limit established by Congress, then donated only 69,999 square feet to the government.

And we’re not talking about just office space for the foundation in some back corner of the building; integral parts of the Bush Library, including the enormous entrance rotunda, gift shop, meeting space, offices, and orientation theater, were not donated, and are – for now – controlled by the foundation.

Bush also found creative ways to avoid actually paying 20 percent of the $83 million it took to build the library (he ended up paying only $4 million; it helped to have Archivist of the United States Don Wilson, who had resigned while under investigation for misconduct, jump from running NARA to running Bush's presidential library foundation).

As the years pass and fundraising slows, and presidents and their most ardent supporters pass away, foundations struggle to raise enough money to maintain and operate the curiously-carved-out areas of the libraries that are “theirs.”

In a few decades (or, in some cases, alarmingly sooner), the libraries that are now flush with post-presidency cash will become mostly-empty tombs (as have their predecessor libraries), depleting both the government and the ever-dwindling foundations of their resources. Sooner than we think, taxpayers will have to take responsibility for operating those “extra” areas of presidential libraries, including the boyhood home, and larger-than-full-size East Room replica, at the Nixon Library; the George W. Bush Institute at the George W. Bush Library; and the 90,000 square-foot Air Force One Pavilion at the Reagan Library.

In addition to the drain on our budgets that bigger and bigger libraries represent, the foundations themselves pose great risks. These hyper-partisan organizations are controlled by presidents and their families, billionaire donors, high-ranking former government officials, and, in the case of the Reagan Library, the publisher and CEO of the Washington Post, Fred Ryan. They regularly hold political events at the libraries, promoting the agenda not only of their president, but of candidates and their respective national parties as well. And they use their substantial influence to pressure the National Archives to do what is in the best interests of the foundations, not what is right.

In just the last decade, the presidential library foundations have used their considerable political power to cancel congressional hearings about their role; set (extremely favorable) terms for a Republican presidential primary debate; place a Senate hold on President Obama’s nominee for Archivist; force out qualified federal employees who direct libraries; redesign exhibits to make them considerably more flattering to (and considerably less accurate about) their presidents; veto personnel decisions made by the Archivist; threaten to withhold (and actually withhold) promised funding from NARA for joint projects; and delay public access to tens of millions of presidential records.

Simply disclosing donations is not enough; the law must seek to protect against the dangers that are endemic to other parts of the political process – of which, sadly, the presidential libraries are now a major part.

And trusting the federal agency that is financially and politically beholden to the foundations with the responsibility to promptly and accurately publish those donations is plainly wrong. Reform of our broken presidential library system must be comprehensive, and include stronger oversight of NARA to insure that the long-troubled agency is properly administering the law, and no longer under the control of these powerful, secretive, private foundations.