Ted Cruz: Is He or Isn’t He Eligible to be President?

by Nathan Perl-Rosenthal and Sam Erman

Nathan Perl-Rosenthal, assistant professor of history at the University of Southern California, is the author of Citizen Sailors: Becoming American in the Age of Revolution (Belknap/Harvard, 2015), a history of early U.S. citizenship.  Sam Erman, assistant professor of law at the USC Gould School of Law, is writing a book about changing constitutional meanings of U.S. citizenship in the six decades following the Civil War. He clerked for US Supreme Court justices John Paul Stevens and Anthony M. Kennedy. 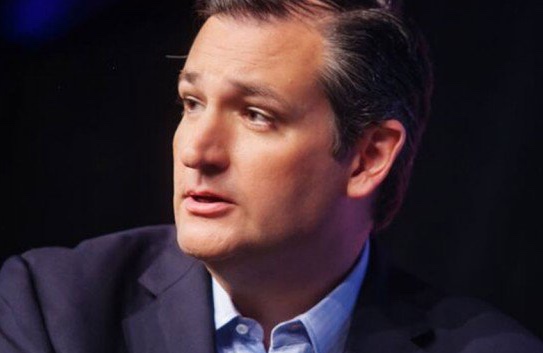 Is Senator Ted Cruz a “natural born citizen” eligible to be president?  As historians of U.S. citizenship, we think most of the debate about this question has missed the mark.  The Founders offered contradictory answers to the question of who is “natural born,” and as a matter of history none of them became the undisputed legal rule in its day.  So constitutional history alone cannot decide for us whether Senator Cruz is eligible: the people and the courts today will have to choose a side in an eighteenth-century argument.

Senator Cruz’s troubles are rooted in a cryptic phrase in the U.S. Constitution’s Second Article. It says, in part, that only a “natural born Citizen” of the United States is eligible to serve as president.  The Constitution then fails to define the meaning of “natural born,” leaving it unclear whether the term refers to children of citizens in general, only those born on U.S. soil, or some combination of the two.  Depending on how this phrase is interpreted, Cruz, who was born in Canada to a U.S. citizen mother, might or might not be eligible.

Legal scholars Mary McManamon and Einer Elhauge have published deft analyses arguing that the Constitution did not consider U.S. citizens born abroad, such as Cruz, to be “natural born.”  McManamon’s contextualist argument, drawing on an analysis of early U.S. citizenship statutes and nineteenth-century legal treatises, is that the Founders meant to incorporate into the Constitution only the English common law meaning of “natural born,” which was limited to those physically born on the nation’s soil.  Elhauge argues that a shift in wording between the citizenship statutes of the 1790s signaled that foreign-born children of citizens were at best “considered as” natural born citizens (rather than actually natural born).

These historical arguments about the meaning of the Constitution are built using different hermeneutic or interpretive strategies, but they share two underlying premises: that there was a single dominant meaning of “natural born” in early U.S. law, and that we can discern it by reading the constitutional text in context.  Unfortunately, two things that we know about the history of the early American republic make these interpretive assumptions entirely unwarranted in the case of citizenship law.

Second, and perhaps more discomfiting to the modern lawyer’s eye, historians have known for some time that Americans in the early Republic treated national citizenship as an afterthought.  Most rights for most people in the early United States inhered in the states, not in the federal government.  The Framers spent little time fretting over who was and was not a U.S. citizen. Consider that “naturalization” appears in the records of the first forty years of Congress just 65 times.  That is just a handful more times than Congress discussed “spirits” and a tiny fraction of the number of instances in which Congress debated “tariffs,” to take just one other topic that is less on the minds of the general public today than citizenship.

One consequential symptom of this lack of interest was that the Founders had an understandable—though to us moderns, frustrating—imprecision in how they wrote about citizenship.  The Constitution itself may be the best evidence. The use of a non-obvious term such a “natural born Citizen,” without any attempt at definition, suggests either that the Founders wished to sow confusion (very unlikely), or they were not concerned about being overly exact.

An even more extreme illustration of the early Congress’s inattention to matters of citizenship came a few years later, in 1796.  Faced with an epidemic of seizures of American sailors on the high seas, Congress to great fanfare enacted a law providing sailors with citizenship certificates.  But as the Treasury Secretary discovered when he went to implement the act, Congress had unaccountably forgotten to write the text of the second half of the act.

Against this backdrop of inattention to citizenship, it is dubious indeed as a matter of historical interpretation to place much weight on small variations in the wording of citizenship laws passed by the early Congresses.  The appearance or disappearance of ambiguous words such as “considered as” is better understood as happenstance than as proof of some inexplicable congressional desire to exclude children born to U.S. citizens abroad from the presidency.

So are we saying that history and the Constitution are irrelevant to the question of Ted Cruz’s eligibility to be president?  Certainly not.  Rather, we urge jurists and the public to see the “natural born citizen” clause through a different interpretive lens, which shifts the responsibility for settling its meaning off the Founders and onto our own shoulders.  We should not try to force scant evidence to declare a winner in an eighteenth-century argument about the meaning of the clause.  Instead, thinking as historians, we should admit that there were two equally persuasive and authoritative versions of the clause’s meaning in the eighteenth century itself.  Since neither side won the argument about what it meant in the eighteenth century, the final decision rests with us.

To choose a side in this two hundred year old dispute, we look to the modern Constitution’s core values.  It fiercely advocates for equality among citizens and vigorously protects voters’ right to make a free and democratic choice of their leaders.  These values lead us to favor the more expansive eighteenth-century meaning of “natural born”—and so to believe, though not without some regret, that Ted Cruz is indeed eligible for the presidency.