Has Wheaton Betrayed Its Origins?

Don James McLaughlin is a PhD Candidate in English at the University of Pennsylvania and a Marguerite Bartlett Hamer Dissertation Fellow at the McNeil Center for Early American Studies. 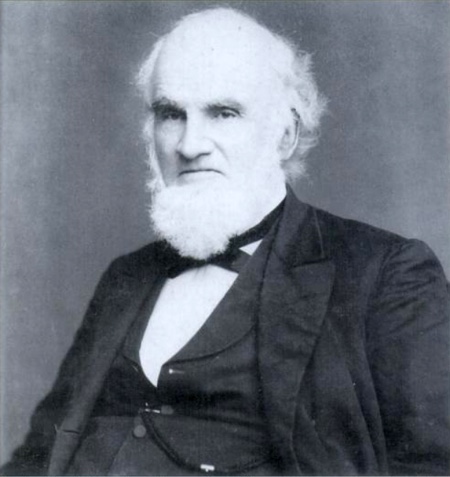 At a press conference on February 10, Political Science Professor Larycia Hawkins confirmed that she is permanently parting ways with Wheaton College, the evangelical school that suspended her last December for a statement made in a Facebook post. Responding to escalating anti-Muslim discrimination and harassment across the U.S., just days after one presidential candidate vowed to ban all Muslims from entering the country, the school’s first tenured African American woman professor wrote, “I stand in religious solidarity with Muslims because they, like me, a Christian, are people of the book. And as Pope Francis stated last week, we worship the same God.” Wheaton called this solidarity a violation of their faith statement. Dr. Hawkins has described the culture of censorship and suspicion currently being fostered at Wheaton as a modern day “Inquisition.”

But what can one say when the college in question is evangelical? Aren’t swift faculty suspensions the prerogative of a faith-based institution? In an article on HNN about the Hawkins debacle historian Adam Laats argues that, indeed, we should not be surprised at the disciplinary action. Laats traces Wheaton’s culture of theological scrutiny to the development of a statement of faith introduced by the school’s second president Charles Blanchard in the 1920s. Ever since, each Wheaton professor has been required to sign the statement, not only as a public confirmation of shared beliefs, but as a contractual sacrifice of certain kinds of academic freedom. Anything deemed a significant deviation from the statement is grounds for termination.

Yet the actions taken against Dr. Hawkins and Wheaton’s infringement on academic freedom begin to look much less preordained when we look back to the birth of Midwestern theological institutions in the antebellum period. Evangelical schools have long grappled with matters of religious orthodoxy. In the decades leading up to Wheaton’s founding, no issue divided students and faculty more than abolitionism. Yet it was precisely in the context of disputes over the compatibility of abolition and theological education that some of the period’s most extraordinary educators and activists established a crucial precedent about the right to academic freedom.

The most famous scandal occurred with the formation of an impassioned anti-slavery faction at Lane Theological Seminary in Cincinnati, Ohio, in 1834. There a number of students began finding themselves drawn to the anti-slavery activities of one of their peers, the almost mythically magnetic abolitionist juggernaut, Theodore Dwight Weld.

A Connecticut native, Weld enrolled at Lane in 1833. In December of that year, the American Anti-Slavery Society founded by William Lloyd Garrison and Arthur Tappan appointed Weld an “agent” of their cause. The following year Weld succeeded in orchestrating a series of highly controversial public events now known as the Lane slavery debates.

All of the students at Lane and all but one professor attended the debates in some capacity. Weld started things off with four lectures on behalf of immediate emancipation. Seventeen eyewitnesses to slavery’s horrors followed, nearly half of whom identified as the disillusioned sons of slaveholders. The most important witness, however, was James Bradley, who had been a slave before buying his freedom and enrolling as Lane’s first African American student. Bradley testified to being stolen from his mother’s arms in Africa, being transported on a crowded slave ship to South Carolina, later moving to Arkansas Territory with his master who died soon after, and at last laboring to purchase his freedom for seven-hundred dollars. In June 1834, Bradley sent a written version of his narrative to Lydia Maria Child who published it in her anti-slavery annual The Oasis,as a “Brief Account of an Emancipated Slave Written by Himself.” Fellow Lane student and later New York Senator Henry Brewster Stanton reported on Bradley’s lecture that his words “cut up” all “white objections by the roots,” then “withered and scorched them” under a “sun of sarcastic argumentation” for the better part of an hour.

After eighteen meetings, the “Lane Rebels,” as the activists came to be known, formed a local anti-slavery society, committed to the “immediate emancipation of the whole colored race within the United States.” Deeply unimpressed with the affair, Lane’s Board of Trustees began to take immediate action against them.

The first President at Lane, none other than Lyman Beecher, father of novelist Harriet Beecher Stowe, was essentially missing-in-action as disciplinary measures commenced. (Beecher was in Boston that summer, delivering now notorious, inflammatory sermons against Catholics.) As Robert Samuel Fletcher notes in his history of the controversy, Beecher seems to have resented Weld’s radicalism and influence. Indeed, one of the great blots on Beecher’s record is that, in this resentment, he essentially abandoned the interests and wellbeing of his students at the moment they needed him most. The minister later recalled that Weld had essentially become “president.” “He took the lead of the whole institution…. They thought he was a god.”

Lane’s Board of Trustees, made up mostly of Cincinnati businessmen, disapproved of Weld’s radicalism. Having the institution so publicly associated with the abolitionist cause became unbearable to them. Citizens were indeed taking note. James Hall, the editor of Cincinnati’s Western Monthly Magazine, conveyed his reservations this way in May 1834: “[T]his is the first instance, that we have ever known, of a set of young gentlemen at school, dreaming themselves into full-grown patriots, and setting seriously to work, to organize a wide-spread revolution; to alter the constitution of their country; to upset the internal policy of a dozen independent states; and to elevate a whole race of human beings in the scale of moral dignity.” An assessment that looks nearly laudatory depending on one’s perspective, it appears to have encapsulated, instead, a panic that was then coming to a boil.

On August 20, 1834, an Executive Committee of the trustees revealed that they would be recommending to President Beecher unequivocal termination of the anti-slavery society at Lane. The committee dismissed Professor John Morgan, who had claimed solidarity with the students. They also proposed expulsion of Weld and President of the anti-slavery society William T. Allan.

On October 10, the Executive Committee ratified their proposed actions, no longer inclined to wait for Beecher’s mitigating opinion. The students stood their ground. On October 15, they began issuing a collective request to be dismissed from the school. In vain, Beecher tried to salvage relations in November, but the students had had enough of the abuse. On December 15, the Rebels published a letter terminating their affiliation, along with a Defence of their actions, titled, “Statement of the reasons which have induced the Students of Lane Seminary, to dissolve their connection with the Institution.” When all was said and done, thirty-eight students and one trustee, Asa Mahan, left.

The “Defence” emphasized a vital relationship between academic freedom and Lane’s moral integrity. In order to “elevate” the institution to a “high moral ground,” they explained that their first responsibility was “to adopt this principle, that free discussion, with correspondent effort, is a DUTY, and of course a RIGHT.” In solidarity, the students explain further to the Trustees:

Free discussion being a duty, is consequently a right, and as such, is inherent and inalienable. It is our right. It was before we entered Lane Seminary….Theological Institutions must of course recognize this immutable principle. Proscription of free discussion is sacrilege! It is boring out the eyes of the soul. It is the robbery of mind. It is the burial of truth. If Institutions cannot stand upon this broad footing, let them fall.

After their departure, the Lane Rebels proceeded to establish an independent seminary. Not long after, they received an offer from Oberlin College, which had just been established in 1833, to complete their studies there. A number of the Rebels readily accepted, among them James Bradley, known today for being the first African American student to enroll at the Oberlin Collegiate Institute.

In 1837, another major figure in the history of Midwestern theological seminaries enrolled at Lane: Wheaton College founder Jonathan Blanchard. Beecher was still president. But Blanchard enrolled only after he had left Andover Theological Seminary in Massachusetts for reasons similar to those given by the Lane Rebels during their exodus. When students enrolled at Andover began to shift toward a politics of immediate abolition in 1835, the faculty retaliated, demanding that they preserve at least a semblance of neutrality on the subject. Students were even made to give a public statement, explaining that since “agitation of the subject of slavery might interfere with the vigorous prosecution of our studies,” they agreed to “disapprove for the present of all associated action on the subject.” Then, in 1836, Weld himself swung through Andover and rekindled the fire. The famed Rebel convinced Blanchard to leave the seminary and enlisted him as an agent in his abolitionist collective, popularly known as Weld’s “Seventy.” A band of fierce anti-slavery agents, Weld’s “Seventy” preached the abolitionist cause widely, often at their own peril. Blanchard himself underwent a brutal attack in Pennsylvania in 1837, during which a mob assaulted him with stones and eggs as he was exiting a church.

In the intervening years, Blanchard helped publish the anti-slavery newspaper The Philanthropist; attended and was elected Vice President at the 1843 World Anti-Slavery Convention in London; and, in 1845, became President of Knox College in Galesburg, Illinois, a school started by anti-slavery reformers. In 1860 Blanchard moved to assume the presidency of a school called the Illinois Institute, founded by Wesleyans a few years prior. He renamed it Wheaton after its hometown's namesake, Warren L. Wheaton, one of the school's early benefactors.

It seems fitting that Wheaton students protesting the suspension of Dr. Hawkins have repeatedly congregated outside Blanchard Hall, a limestone building on campus named for the school’s founder. It is impossible to know what Blanchard would have thought about the administration’s treatment of Dr. Hawkins today. Nevertheless, as Wheaton explains on its website, Blanchard saw the college as a crucible for urgent, courageous critical thinking: “as an ‘arsenal’ and ‘drill camp’ for the hosts of righteousness in the moral warfare of the world ... a means of training social activists.” Looking to the Defence published by the Lane Rebels in 1834, we have a still clearer sense of what Blanchard’s friends and colleagues would have thought. Weld and the Lane Rebels defended free inquiry and were willing to become martyrs for it.

Of course, the idea that a school would suspend students and professors because they fought publicly for immediate emancipation seems absurd and unconscionable today. And yet the parallels between the actions of Lane and Wheaton go beyond hypothetical boundaries of academic freedom: in both cases, the unthinkable public event involved claiming solidarity with a persecuted group, at a moment when vitriolic fear-mongering was at a fever pitch. In this, Dr. Hawkins has reignited a legacy that Blanchard would surely have recognized. For Weld and his collaborators, silence wasn’t an option.  To remain silent was not merely to let the slave system tarnish their integrity, but allow its murderous tyranny of censorship—its imperative to quietly disagree—gouge “out the eyes of the soul.”