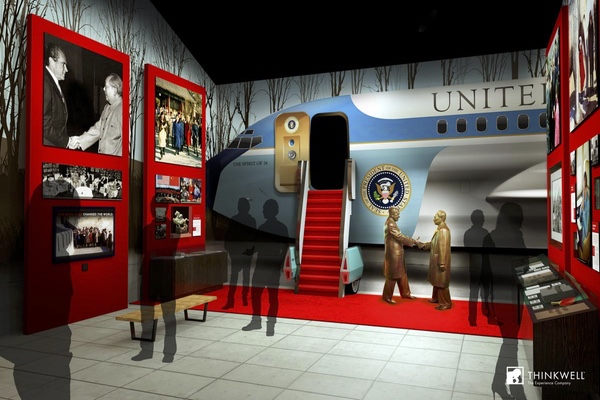 The Nixon Presidential Library & Museum has released its first rendering for a major $15 million renovation of its permanent galleries. It shows details of a new exhibit on the 37th president’s historic trip to China.

The exhibit will feature a 15-foot-tall image of Air Force One, which touched down in Peking on Feb. 21, 1972, making Richard Nixon the first U.S. president to visit China.

The rendering was released to commemorate the 44th anniversary of the Shangai Communique, which established the framework for four decades of relations between the two nations, Nixon Foundation spokesman Joe Lopez said.