Saladin’s the Hero of Muslims, but He’s Got a Lesson for All of Us

Historian and travel writer John Man is the author of Saladin: The Sultan Who Vanquished the Crusaders and Built an Islamic Empire(Da Capo Press, April 2016). He lives in England. 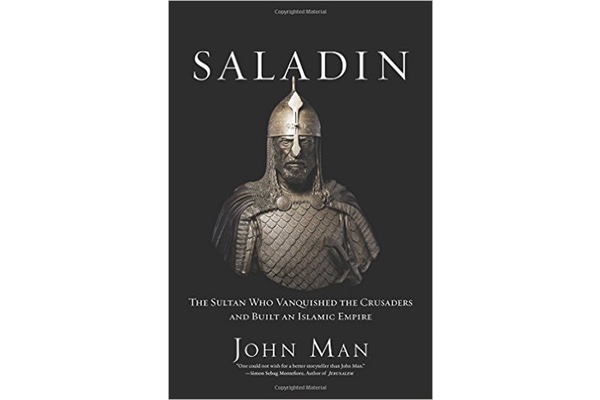 Saladin was the general who, in 1187, led the Arabs to victory over the Crusader armies and re-took Jerusalem after it had been in Christian hands for almost a century. Today, Muslims revere him as a unifier of their religion. More remarkably, he was admired by his enemies as an exemplar of their own Christian ideals. What was his secret? Could today’s leaders learn something from him?

His life story tells us a little. We can learn more from the examples of great leadership, from psychology and from leadership theory.

Of course Saladin had barrel-loads of charisma, that cliché of leadership theory. Originally, a charisma was any ‘gift or favour specially vouchsafed by God; a grace, a talent.’ The trouble with the term is that it explains nothing. It’s tautological, like saying: “he’s a leader because he’s a leader.” What we need is understanding: how did he become charismatic? Of what did his charisma consist?

One key to his success was that he combined two styles of leadership, exercising what modern theorists call hard and soft power. Some leaders have specialized in ruthlessness. One exponent was Lord Shang, writing in China in about 400 BC. He advised rulers that might is right, power everything. Human beings (he said) are idle, greedy, cowardly, treacherous, foolish and shifty. The only way to deal with them is to entice, terrify, reward, deceive and punish. He was writing when China was divided between seven warring states. Two thousand years later, Machiavelli was confronted by similar circumstances, Renaissance Italy’s warring mini-states, and argued that without the ruthless, cynical exercise of power there is no state, no guarantee of peace, no possibility of progress.

Saladin might have taken the same hard-power approach, imposing his will on Shia and Sunni alike, then turning with unremitting ruthlessness on the Crusaders. But he didn’t. He mixed force with persuasion. It’s not quite that simple, because he was also capable of brutality. It was the ability to choose that made him so effective.

But where did that come from?

One key, almost certainly lay in his childhood, about which we know nothing except its context. In an article in the Harvard Business Review devoted to leadership, the psychoanalyst Manfred Kets de Vries comments on business leaders: “They can’t be too crazy or they generally don’t make it to senior positions, but they are nonetheless extremely driven people. And when I analyze them, I usually find that their drives spring from childhood patterns and experiences that have carried over into adulthood.” The successful leader carries enough insecurity to inspire a desire to change the world, and enough of a sense of security to confront this challenge without lapsing into paranoia, criminality or any number of behavior patterns that undermine his aims.

Young Saladin seems to have had that crucial balance between security and insecurity – the immediate security of family and religion, the wider insecurity of religious strife, Sunni versus Shia, Islam versus Christianity, local leaders versus each other. His father Ayyub is described as kind, upright and generous. Saladin would have grown up resilient, a term favored by modern psychologists, which itself consists of many positive attributes, among them: problem-solving skills, social competence, a sense of purpose, an ability to be apart from family discord, high self-esteem, and high but achievable expectations from parents.

But even those are not enough. In Outliers, his book analyzing what it takes to make highly successful people, Malcolm Gladwell points out that one key element is a mentor, someone who provides both an example and a helping hand. Saladin’s mentor was Nur al-Din, ruler of Aleppo and Mosul, anti-crusader, would-be unifier of Islam, Saladin’s master and employer, the man who gave him the chance to set-up a power-base in Egypt.

So he was programmed for leadership. What now? The first and most vital element for a leader is the agenda, the vision, about which today’s leaders and leadership theorists talk a good deal. Leaders need a Noble Cause, something bigger than the leader himself. As Daniel Goleman comments in Primal Leadership, leaders with vision “exude resonance: They have genuine passion for their mission, and that passion is contagious.” In Saladin’s case, the vision was an Islamic world free from the non-Islamic, anti-Islamic outsiders. In formulating his vision, Saladin had two great advantages: the cause had been in the air for decades, since the First Crusade; he did not have to invent it, but apply it. Secondly, when rallying support among wary rivals, it is always useful to be able to direct attention on foreigners. Xenophobia works, especially in conjunction with a higher purpose.

Another prime element of his leadership was his readiness to share adversity. The nature of revolutionary leadership demands it. In the words of the leadership theorist James Macgregor Burns, ‘The leaders must be absolutely dedicated to the cause and able to demonstrate that commitment by giving time and effort to it, risking their lives, undergoing imprisonment, exile, persecution and continual hardship.’ Examples include Alexander, Jesus, Mohammad, Genghis Khan, Mao, Lenin, Castro and Mandela. Saladin campaigned, fought, risked his life, and almost died from disease. Shared suffering does not guarantee success, and many a brave, misguided leader died in vain, forgotten; but a refusal to do so is an almost certain guarantee of failure.

Related to his readiness to share adversity were two other related qualities. First, his austerity. Austerity – self-chosen adversity – is rare in leaders. Few can resist the urge to collect riches. Part of Genghis Khan’s appeal was his refusal to do so, adopting the guise of a simple Daoist sage: “In the clothes I wear or the meats I eat, I have the same rags and the same food as the cowherd of the groom.” Saladin too considered his followers before himself, so much so that in death, in the words of his biographer Baha al-Din, ‘left neither goods, nor house, nor real estate, neither garden, nor village, nor cultivated land.’

To this must be added his integrity. He kept his word. Lord Shang and Machiavelli were all for duplicity, if it served the leader’s purpose. That was not Saladin’s way. Keeping promises is a fundamental attribute of good leadership, for without it the trust of allies and those further down the chain of command vanishes, morale plummets, concerted action becomes impossible, creating what Daniel Goleman refers to as a “toxic organization,” in which resonance gives way to dissonance.

Perhaps the most remarkable aspect of his soft leadership was that he applied it in his dealings with his enemies. This was in deliberate contrast to the death and destruction meted out by the Crusaders in 1099. He probed, retreated, consulted, negotiated, agreed, kept promises, exchanged and released prisoners, and changed his mind when necessary. When he retook Jerusalem in October 1187, he promised that Christians everywhere “will speak of the blessings we have showered upon them.” Leaders were ransomed, women and children treated with courtesy, and occasionally with generosity. He acted like this partly because that was his character, partly because it worked. Negotiation often saves fruitless fighting and unnecessary losses. If xenophobia works in conquest, clemency works in victory. If you do not humiliate an enemy, you will not drive him into permanent hostility. Today’s enemies are often tomorrow’s allies. Integrity paid off. ‘If we refuse what we have promised and are not generous with the benefits,’ he said once, ‘no one will ever trust us again.’

He was not always great and good; he was not always successful; many of his successes were reversed; but it is remarkable that he clung to the virtues of good leadership, resisted the evils of poor leadership, and achieved as much as he did. That is why he is an object of admiration today.