How Should Historians Write about the Anthropocene -- And Why Is It Important?

Frank Palmeri, author of State of Nature, Stages of Society: Enlightenment Conjectural History and Modern Social Thought, is Professor of English and Cooper Fellow in the Humanities at the University of Miami. 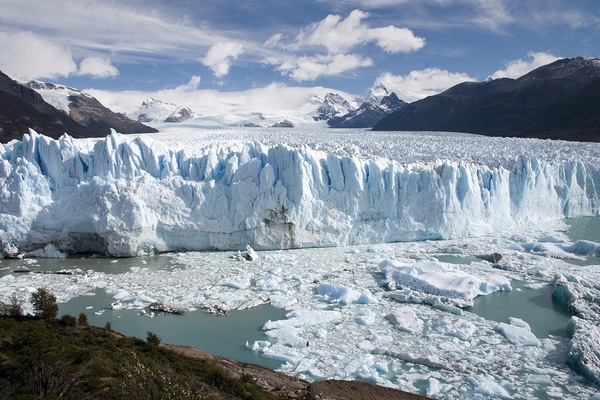 Despite increasing empirical evidence, and despite the aspirational Paris accord, the crises associated with climate change—melting glaciers, rising seas, more frequent and severe droughts, floods, and storms—have not yet achieved in the American or global imagination the kind of urgency that would require timely and adequate conversion to a reliance primarily on sustainable sources of energy. 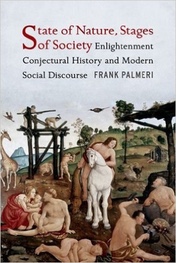 A distinctive kind of historical thinking from 250 years ago can help us work through how to conceive of and respond to this challenge. Speculative histories can contribute to our ability to understand the stage of human social life in which we are living—and the implications of that stage; they can also provide models for thinking about our futures in ways that open up rather than close down possible paths forward.

Conjectural histories of human society in early times for which we have no written records offered an alternative to the scriptural account that possessed exclusive authority for more than a thousand years. With their plausible, naturalistic narratives of early societies, speculative histories provided a template for the later development of social sciences such as anthropology, sociology, and political economy.

These speculative histories sought to demarcate the stages of social life and transitions between them. The most influential model was Adam Smith’s four-stage progression from hunting and gathering, shepherding, and agriculture, to commercial society.

But conjectural histories also turned their attention to the future. For example Kant, in Perpetual Peace (1795), proposed a federation of European republics, imperfectly realized recently in the European Union. Similarly, Condorcet foresaw a tenth and final stage of history in his Sketch for a Historical Picture of the Progress of the Human Mind (1795), in which women would be educated alongside men, communicable diseases would be eliminated, and workers’ insurance and social security for retirees would be established.

Contemporary speculative or hypothetical historical thinking has proposed designating the most recent geological period as the Anthropocene, the era when human activity has affected the climate of the planet. Some trace human-induced climate change to the use of fossil fuels in the industrial stage that took off around 1800, while others argue that the development of agriculture about 10,000 years ago already affected the ecology and thus the climate of the planet.

The first possibility superimposes the age of climate change on the period of industrial modernity (initially impelled by capitalism, but also pursued by socialist and communist societies). The second possibility redefines the third and fourth stages, agriculture and commerce, as the Anthropocene. Either of these reformulations opens up possibilities for understanding our situation historically.

In addition, the concept of the Anthropocene necessarily projects us into the future. Being in the midst of the era of climate change calls for a new kind of history, plausible histories of the future in which the emission of greenhouse gases is stabilized and eventually reduced. But, as historian Dipesh Chakrabarty has argued, academic history does not have the tools for writing this kind of history. How is historical thought to mobilize effective responses to the crisis of climate change when the agent of history is not an individual or group of individuals, a nation, or a class, but the human species as a whole?

Some forms and genres seem well-suited to provide representations of what life will be like after, for example, a sea-level rise of two feet—scientific reports, documentary works, post-apocalyptic narratives or films, dystopian or utopian visions. But each of these by itself has its limitations. Dry and mathematical scientific reports fail to engage the imagination or commitment of their audience. Post-apocalyptic works and dystopian narratives are often hyperbolic and alarmist, leading easily to dismissal.

Conjectural thought of the previous two and a half centuries offers the possibility of breaking through such doomsday frameworks. Imagining adequate responses to climate change must work outside existing genres and intellectual frameworks, projecting future scenarios that are necessarily speculative but plausible, and not inconsistent with the present state of knowledge.

Such works need to combine observations in meteorology and ecology—about, for example, the accelerating loss of species—and speculative fictions that imaginatively engage with the implications of the science, such as the environmental injustice of the impact of climate change on poor people worldwide. They need to engage with corporate publicity campaigns that spread ignorance and denial, without descending into paranoia.

To use a term that has been adopted recently in philosophy for a related concept, we need a speculative realism, not one-sided dystopias or utopias, but alternatives to, or combinations of both—what the philosopher and historian Michel Foucault called heterotopias, other kinds of places from the one in which we find ourselves now, which those in the industrialized countries participate in, benefit from, and have brought about. A sign in a recent political demonstration urged: “Refuse to live in a dystopian world.” This imperative tasks us with imagining other, preferable, and plausible worlds.

Such a re-orientation of our political, historical, and moral imagination is already beginning—in climate fiction, speculative or science fiction, political philosophy, the history of science and technology, critical theory, and biology. Works in all these fields, by writers such as Jeanette Winterson (The Stone Gods), David Mitchell (Cloud Atlas), Bruno Latour (We Have Never Been Modern), Jane Bennett (Vital Matter), and Hal Whitehead and Luke Rendell (The Cultural Lives of Whales and Dolphins), are paying increasing attention to the agency of matter, things, and networks, as well as the mental, moral, and linguistic abilities of animals.

As they do so, they participate in and extend the legacy of speculative historical thinking that emerged in the Enlightenment and helped shape forms of knowledge and practice in the nineteenth and twentieth centuries. However, while the earlier visions remained ethnocentric, concerned solely with Europe, or anticipating the elimination of non-European cultures, the newer works can and must be concerned with global futures, involving the entire species, as well as other forms of life.