Dr. Peter N. Stearns became Provost and Professor of History at George Mason University on January 1, 2000, serving as Provost until June 30, 2014. Among his many books is American Fear: The Causes and Consequences of High Anxiety (2006). 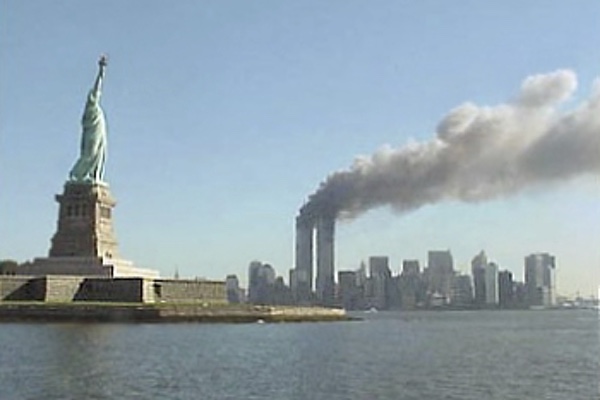 9/11 evoked, and still invokes, a number of strong emotions. Sorrow heads the list, for the many killed and otherwise directly affected. And anger/outrage, at extremists who could perpetrate such an act. Plus admiration, for the passengers who downed the plane in Pennsylvania, for the first responders.

And there is fear, which occasions a few somewhat historical remarks. 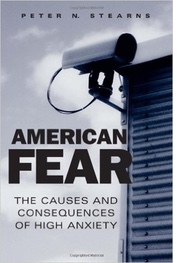 Instilling fear is of course a fundamental goal for terrorists, as various passages in modern world history demonstrate. Terrorists, we often forget, lack the means to overthrow systems by more conventional means, wars or revolutions, so stirring deep and disruptive emotions is their vital option. And when they do this, whether by assassinating tsars or presidents or commandeering aircraft, it is indeed scary.

But having said this, a few other points. First, terrorism so far has never really worked. To be sure, terrorism can drive some governments into excessive repressions, which along with other problems may ultimately produce an uprising – Russia from the 1880s to 1914 – but even then it’s not the terrorists who prevail. Terrorist action is almost by definition limited. More commonly, however, terrorism stirs passions but ultimately fizzles – and this is a particularly likely result if passions can be controlled.

Second: contemporary terrorism does benefit from some emotional components missing in earlier terrorist acts. Attacks on innocent civilians, rather than leaders, clearly expands fears based, understandably, on the possibility that “we” might be next. As important, television is a huge boon: it expands and repeats the visual evidence of terrorist violence, enhancing the viewers’ association with the act. And it directly portrays the fears of those who barely escaped, promoting emotional contagion directly. 9/11 obviously spread fear particularly widely, in part because of these two contemporary shifts in terrorist tactics and context.

Third, and most important from the emotional standpoint: terrorists on 9/11 hit the United States at an emotionally vulnerable point, where fear was particularly easy to stimulate even beyond the factors already noted. Along with the inherent horror of the attacks, this vulnerability helps explain why fear reactions have proved more extensive than might otherwise have been the case. (Compare for example responses to Pearl Harbor, which I discuss in my book American Fear, or after a brief adjustment, to the Soviet nuclear threat, detailed in Paul Boyer’s brilliant By the Bomb’s Early Light.)

Vulnerability 1: our faith in government was at low ebb, in marked contrast for example to the responses that emerged in 1941. Partisanship aside, we had little confidence that we would be adequately protected – whichever party was in power.

Vulnerability 2: Americans had been subjected to various manipulations of fear, from advertisers, from politicians for several decades (beginning with LBJ’s famous “Daisy” ad in 1964 that tried to scare voters about Goldwater by depicting a lovely little girl playing obliviously in front of a nuclear cloud). Commercials began to depart from a no-fear formula that had applied in previous decades. Even weather reports got into the act, from the 1980s onward as competition for local news dollars heated up, figuring out ways to make the forecasts seem more ominous.

Vulnerability 3: As Barry Glassner had perceptively noted as recently as 1999 (Culture of Fear), Americans were already unrealistically afraid of rising crime rates (when these were actually falling, except in television fiction), racial violence in the schools, the possibility of stranger abduction of children (which polls suggested parents were exaggerating by literally 50,000 percent), even poisons and razor blades in Halloween trick or treat loot (which became an item of faith from 1981 onward even though no such offenses had actually occurred). Overanxious parental monitoring had already begun. Something, even beyond withdrawal of faith in government and expertise, was shaking American confidence. The whole atmosphere was ideally designed to make 9/11 particularly fearsome, linked often to preexisting anxieties about family safety (hence the wide recourse to new locks, duct tape and other measures designed not in fact to respond to another public attack but to make the home seem safer).

So, for various reasons, the emotional repercussions of 9/11, which would have been significant in any event, were particularly extensive. And the results of emotional reaction in turn played at least some role in shaping the years since: as in acceptance of some countermeasures that are merely symbolic (some of the airport ritual), as in support for some military actions that might otherwise have been more carefully discussed.

For fear, as we all know, is a terrific emotion in motiving flight from danger. But in excess, it shifts from prudent motivation to its potential for confusing good judgment. And here its role deserves attention as a troubling component of American history over the past 15 years.

And fear’s ongoing role includes, finally, its involvement in the political process, with blatant exploitation of voter fears first in the 2004 presidential election and then, with jarring and explicit invocations of how afraid we should all be, in the current political campaign as well.

Public fear is hard to assess, because it usually has some connection to reality and because, currently at least, a historical evaluation risks being dismissed as merely partisan. But there is actually some significant contemporary history here, and despite the complexity it warrants attention. Unnecessary degrees of fear can, as another President once urged, be disciplined when it is identified.