Jeremy Caradonna teaches Environmental Studies at the University of Victoria. He can be reached at caradonn@uvic.ca.

The history of agriculture forms the backbone of the origin story that our culture has been telling itself for ages. The story goes something like this. Agriculture was founded in Mesopotamia, along the fertile Tigris and Euphrates Rivers, both of which originate in modern-day Turkey and meander through the Middle East, before spilling into the Persian Gulf. The decision to domesticate grasses and legumes was an ingenious response to the climatic fluctuations at the end of the last Ice Age. The main changes took place between 13,000 and 9,500 years ago, as nomadic scavengers slowly became more sedentary, less reliant on hunted foods, and more inclined to domesticate animals on a new invention called the farm. 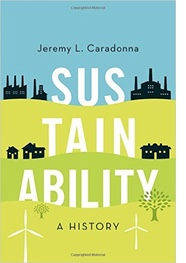 As agriculture developed, so too did our species, as we shifted gradually from simple hunter-gatherers to more complex and civilized herders and farmers. Populations grew, fed by the huge surplus of cereal grains. Cities appeared, and with them, fortifications. Informal militias became well-organized armies. Written languages were invented, as were specialized crafts and professions. Religion and a clerical class bubbled up. Complex social hierarchies and art forms ended the ageless and artless state of anarchy. Although it’s fundamentally a story of Progress, it’s also littered with moral and ecological lessons. As agriculture spread to Europe and Asia, the Middle East was left in the dust (literally). The irrigation that watered the crops had brought salt deposits to the soil, which eventually lowered the region’s fertility and output. By 2,000 BC, yields had fallen by half. The Middle East became desertified, dusty, infertile. Soils were not properly rebuilt, and the newly invented plow led to over-tillage and the loss of topsoil. Although agriculture brought civilization, it also furnished an early lesson in unsustainable living.

The problem with this story is not so much that it’s wrong, as that it leaves out quite a lot, suffers from a hopeless form of self-congratulation, and ignores the agricultural developments in other parts of the world.[1] For instance, it turns out that the indigenous Aborigines of Australia have been practicing agriculture for at least 30,000 years – much earlier than any food-growing culture that existed in Mesopotamia. In Dark Emu: Black Seeds – Agriculture or Accident? Bruce Pascoe shows that grindstones found at Cuddie Springs in New South Wales were grinding flour, at this early date, from seeds harvested from grasses that were, at the very least, tended by human hands.[2] Yet when Europeans eventually came to Australia some thousands of years later, all they saw were “boundless grassy plains” – not ecosystems that had been carefully cultivated by native peoples.[3]

Europeans eventually adopted Mesopotamian-style agriculture, affecting not only very impactful events in world history, but also the way in which agriculture is conceived. Eurocentrism pervades the history of agriculture precisely because what counts as “agriculture” is defined narrowly and with European habits in mind — the most salient of which is the growing of annuals (such as cereal grains) on clearly demarcated socio-agro-ecological plots of land called “farms.” The European-style farm is a culturally specific form that was assumed to be the norm everywhere, and lack of a “farm” therefore meant a lack of agriculture.

The problem is that agriculture can exist in countless forms, many of which would look quite foreign to eyes accustomed to seeing vast monocultures of soil-depleting annuals. There are many ways to farm and many ways to be a farmer. If agriculture is defined as any kind of edible-food cultivation – which is how it should be defined – then agriculture is indeed both very ancient and very plainly evident all over the globe. If we look beyond the fields of wheat and barley, we see whole ecosystems cultivated through the strategic use of fire to fertilize soils and create the conditions for beneficial species to grow; we see diverse, resilient, and highly complex polycultures that weave together symbiotic plant communities; we see a whole range of perennial and tree-based crops that look quite different from fast-growing, short-lived annuals.

Indeed, as historians have begun to rethink the narrow focus on Mesopotamia, the diverse global traditions of food cultivation have forced a wholesale reappraisal of the history and meaning of agriculture. Some of the key terms that now appear in the historiography of food growing include “agroforestry” (the growing of tree-based crops), “agrosilviculture” (combining food-yielding trees with timber species), “silvopastoralism” (non-crop trees and domesticated animals), “agrosilvopastoralism” (combining trees that yield fruits, nuts, and vegetables with timber crops, domesticated animals, and potentially annuals, biennials, and biannuals). One also sees the terms “closed-loop agriculture,” which refers to farming systems that circulate nutrients and are self-sustaining, and “polyculture,” which is any kind of growing system that brings together diverse species and varieties for systemic resilience. These are all terms and concepts that are largely absent from classic agricultural history.

But the history of food cultivation and ethnobotany is becoming ever more interesting. In the works of Nancy J. Turner, we learn that Coast Salish people of southern Vancouver Island — a people who Charles Mann incorrectly labels as “nomads” — cultivated camas bulbs and other root vegetables, and used fire to encourage the growth of Garry oaks, which furnished edible acorns.[4] They also created clam beds and other forms of “aquaculture” – a subject that has been sorely under-studied by historians of agriculture. In the work of Charles Mann, we learn that maize has been cultivated by Mesoamericans for possibly 10,000 years, and that it forms part of a polycultural system called the milpa, in which beans, corn, squash, peppers, tomatoes, avocadoes, and many other species are grown together, creating a sustainable closed-loop.[5] In the works of William Balée, William Denevan, and several other archaeologists, we learn that the native peoples of the Amazon cultivated over a hundred species of trees and plants, and that agroforestry has dominated the agricultural landscape throughout the region, where palms, mango, acai, guava, papaya, avocado, and many other fruit, vegetable, and nut trees have been grown for thousands of years. We also learn that Amazonians have been building fertile, man-made soils called “Terra Preta” for millennia.[6] Increasingly, we also learn that highly sustainable forms of agriculture arose in Northern China, too, along with other parts of Asia.

Not all of these farming systems antedate those of Mesopotamia, but they are nonetheless very ancient forms of food and ecosystem cultivation that deserve a place in the grand narrative of agriculture. They also tend to share a common, unhappy trait, which is that Europeans, when they eventually stumbled upon these inventive agricultural splendors, always misjudged what they saw. Armed with a very narrow understanding of what constituted agriculture, European invaders had difficulty identifying the biologically diverse and very un-farm-like forms of agriculture that existed elsewhere. Thus, for instance, when the Spaniard Francisco de Orellana floated down the Amazon River in the 1540s – the first European to do so – his untrained eye found lots of people, but, confusingly, no farms. He saw “jungle,” not a dense and productive form of polycultural agroforestry.[7]

In a sense, many students and historians still see only “jungle” and “boundless grassy plains” rather than the diverse, non-monocultural farming systems of pre-industrial peoples. We repeat the mistakes of the colonial powers by imposing narrow definitions of agriculture onto the past, and by reducing complex and resilient societies to the level of hapless scavengers. (Not that there’s anything wrong with being a hunter-gatherer.) But by viewing agriculture through European eyes, we miss out on surprising truths. One example comes from Amazonia, where new research suggests that the region had huge pre-industrial cities and dense populations, and was able to achieve as much without European-style wheat fields. The archaeologist Betty Meggers spent her entire career arguing that this was impossible, and that “the level to which a culture can develop is dependent upon the agricultural potentiality of the environment it occupies.”[8] Her “law of environmental limitation of culture” could well be correct, in a general sense, but she certainly misjudged the “agricultural potentiality” of Amazonia.

In the end, the Mesopotamian-agriculture-as-progress story is problematic for many reasons, not the least of which is that this form of agriculture ultimately proved hopelessly unsustainable, and further, that post-Mesopotamian-style agriculture has now conquered the globe and is reproducing a soil-depleting, unsustainable system on a much larger scale. But beyond this sad fact is the simple reality that agriculture has many homelands, many inventors, many forms. Those who study the history of agriculture, along with those who practice agriculture in the present, could stand to learn quite a lot from pre-industrial, aboriginal, and non-Western modes of food growing and ecosystem cultivation, and especially from the wonders of agroforestry, aquaculture, perennial grains, and the many colorful and resilient forms of polyculture that nourished humble peoples long before chemical fertilizers and pesticides came on the scene.

[2] Bruce Pascoe, Dark Emu: Black Seeds – Agriculture or Accident? Magabala, 2015. It helps that Australia, in the Southern Hemisphere, was mostly free of ice during the last Ice Age.

[6] William Denevan, Cultivated Landscapes of Native Amazonia and the Andes. OUP, 2001; William Balée, Cultural Forests of the Amazon: A Historical Ecology of People and Their Landscapes. Univ of Alabama, 2015; Charles A. Mann, 1493: Uncovering the New World Columbus Created. Vintage, 2011/2012.