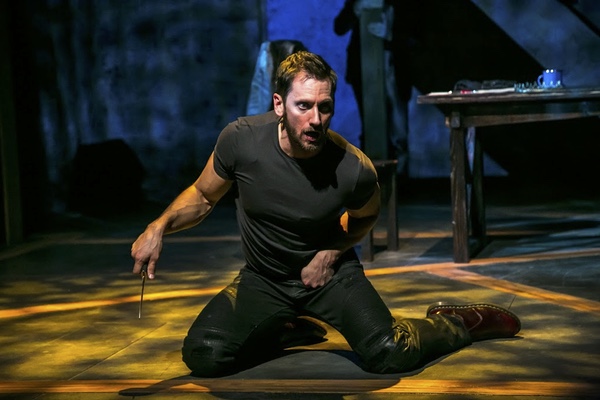 No, Donald Trump did not say that, in a line paraphrased from William Shakespeare’s Richard III about the King’s horse, about his atrocious lewd conversation that was taped in a van in 2005 and aired over the weekend.

The Donald has been compared to a plethora of history’s villains, from Adolf Hitler on down, and now, just as you thought people had run out of bad guys to size him up against, someone has compared him to the vicious hunchback, Richard III. This writer said Trump was a psychopath, as was Richard, that he will do or say anything to get to the top, as did Richard, and that everybody lets him get away with awful things, as they did Richard, and then, suddenly, it is too late.

The Donald may have yelled at just about everybody, and tweeted those that did not hear him yell, but he never had people murdered so that he could get to the big castle. He knocked over his primary rivals with bluster and bravado, not assassination squads.

Ironically, on the day before the second Presidential debate between Hillary Clinton and Trump on Sunday, the Shakespeare Theatre of New Jersey at Drew University, in Madison, N.J., opened its production of Richard III, about early 1600s England, and set it in contemporary times (no Republican rallies in it, though).

The play, in this powerful production, is the complex story of a psychotic ruler who becomes King by murdering just about everybody standing, including his wife and two little kids. He is a tenacious buzz saw of a killer and he feels no sorrow for any of his actions. The country needs a strong King, he keeps telling people, and the country needs him. It is and always will be a savage play. Remember Nicolo Machiavelli’s study of leadership, The Prince, in which he tells leaders to do whatever it takes to gain power? Compared to Richard III, Machiavelli’s boys were mere amateurs. You want to take out everybody? Two choices – Tony Soprano and Richard III. At least Tony Soprano was good to his family.

Derek Wilson, who plays Richard III, is a wonder, a stage giant, as the disturbed monarch. Everybody plays the physically deformed Richard differently and Wilson does, too. His Richard is not a hunchback so much as he is a man with a bad leg who drags it all over the stage. It makes him walk at an odd angle and lurch more than move forward. He has a marvelously evil persona about him and talks about murders like all of us talk about the weather – gee, a lot of beheadings this week, hey?

Wilson gives a riveting performance. When he is on stage, which is most of the play, you cannot take your eyes off of him.

His Richard is part of the real life Plantagenet family, whose men were involved for years in the War of the Roses. The death of King Edward III sets off a power struggle that involves several noblemen and Richard III, who has to oust two brothers, and sundry other relatives, to win the crown.

But Richard III does not get to be King just by killing people. He convinces hordes of noblemen, friends and palace flunkies to do his bidding. They all want to get close to the King, so they do what he asks, even if they wonder about the carnage they help him create. The pile of bodies grows and grows and then, at the end of the play, in a beautiful tableau, all of the dead come back to haunt the King in a gorgeous lowly lit scene at the palace that is just haunting, mesmerizing.

He killed all those people? Well, who let him? They all did.

This is a superb production of Richard III, nicely directed by Paul Mullins, who constantly finds the evil in everybody and exploits it. He finds the anger, too, and at the end exploits that, too, using gritty dialogues of hate by numerous characters in a carnival of disgust towards the end of the show.

Director Mullins also gets splendid performances from Wilson as the King, Ellen Fiske as the Duchess of York, Carol Halstead as Queen Margaret, John Hickok as the Duke of Buckingham, Ames Adamson as Lord Hastings and Sheffield Chastain as Sir William Catesby, all part of a talented ensemble cast.

The modern look, with lots of men strolling about with machine guns and back stairs palace murders with loud revolvers, reminds you more of today’s numerous politically unstable countries with their violent political life than merry olde England. Maybe that was the point.

Shakespeare wrote numerous plays about monarchy and leadership, and this is one of the best. It is highly nuanced and you can see, minute by minute, how the deformed and twisted royal scraps his way to the top, getting rid of anybody who gets in his way. It works in 2016 just as successfully as it did back in the early 1600s, when it premiered in London. The theater has not changed in four hundred years and neither has evil.