Are Trump Supporters Seriously Citing the Internment of Japanese Americans as a Model?

Bonnie Clark is an associate professor of anthropology at the University of Denver. 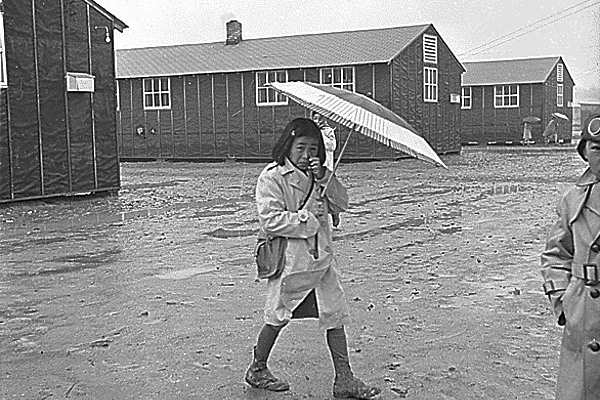 The ghosts of internment are haunting political discourse once again.

Ever since Donald Trump began singling out Muslims as a security threat, some among his supporters have been frighteningly quick to note that the federal government has done this before, with Japanese Americans. What they tend not to cite is the congressional study that definitively found that internment was not based on credible threats but on fear.

Earlier this week, Carl Higbie, a former spokesman for an independent fund-raising committee that backed Mr. Trump, noted that the Supreme Court upheld the rulings undergirding the internment. But Mr. Higbie apparently neither knew nor cared that those cases were vacated by the 9th Circuit Court of Appeals in the 1980s through a coram nobis or writ of error process. The court recognized that the Supreme Court was given false and misleading information when the cases were first tried.

For over a decade it has been my honor to work with Japanese Americans who were among the over 120,000 people removed from their homes and incarcerated during World War II.  My research site, Amache, Colorado, is one of the ten primary incarceration camps built by the War Relocation Authority. As an archaeologist, I was first drawn to this work for the kinds of important anthropological topics the material remains of the camp can address: for example, how do people cope during incarceration and how do they remake hostile landscapes. Indeed, the remains at Amache have revealed myriad strategies for resilience and community building. Some of these acts were as simple as making room for toys and porcelain rice bowls in the few pieces of luggage they were allowed to bring. Others were as complicated as amending the soil in their prison gardens or building a proper sumo ring.

But perhaps more importantly, these physical remains are tangible touchstones for an often unspeakable history. The fragments of artifacts evoke the fragmented lives of those who, innocent of any crime, were nevertheless forced to live behind barbed wire. Site open houses and museum exhibits provide a venue for former internees and their descendants to share personal and family stories that have been too long suppressed. They create safe spaces for talking about the larger specter of how such sites came to be.

Our research at Amache speaks directly to an American moment not so long ago in which racist-fueled hysteria spun quickly out of control and too few tried to stop it. My students, colleagues, and I share with Amacheans and their descendants a conviction that such an internment must never happen again.

As a nation, we are experiencing the high cost of the fraying of civic trust. But unlike the weeks following the bombing of Pearl Harbor, we do have a precedent. It is one that tells us what NOT to do, how NOT to proceed. We owe it to all in the body politic to remember those lessons. But we owe it in particular to all those who survived Japanese American internment and to their descendants.  This past cannot repeat itself on our watch.