The Underrated Catholic Factor in 2016

Okla Elliott, Ph.D., is an assistant professor at Misericordia University in Dallas, Pa. Dr. Elliott is the author of several books, including the forthcoming “Pope Francis: The Essential Guide.” For more information, please visit http://oklaelliott.net. 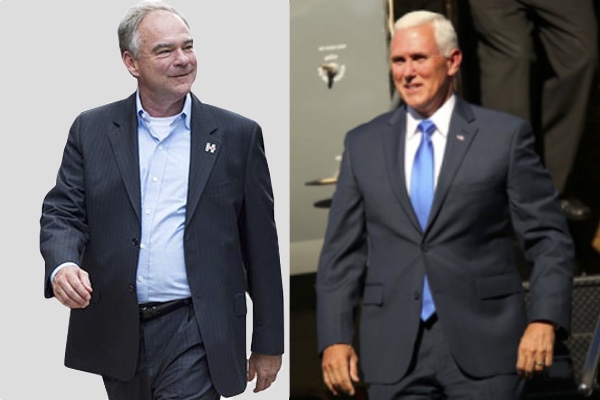 Before 2016, we have only had seven Catholic vice-presidential candidates in American history: William Miller (1964), Ed Muskie (1968), Thomas Eagleton (1972), Sargent Shriver (Eagleton’s replacement, 1972), Geraldine Ferraro (1984), Paul Ryan (2012), and our current vice president, Joe Biden (2008, 2012). This year both main party vice presidential candidates were Catholic: Tim Kaine and Mike Pence. This January Pence will become just the second Catholic vice president we have ever had — or “Evangelical-Catholic” as he calls himself. And there has been only one Catholic president: John F. Kennedy.

So, what effect did the Catholic vote have in 2016?

CNN’s exit polls show that Trump/Pence took the Catholic vote by 52 percent to 45 percent. Given the large numbers of Catholics in swing states such as Florida, North Carolina, Pennsylvania, and Wisconsin — all states that Trump won — winning the Catholic vote by a notable margin certainly helped him achieve victory overall.

Clinton made the smart move of putting Tim Kaine on the ticket, and it seemed to have worked, with polls several weeks ahead of the election showing her well ahead among this demographic, but leaked emails from her campaign insulting Catholic voters turned many against her. This scandal went largely unnoticed in the mainstream media, but Catholic news outlets and social media groups discussed it at length. And Pence’s Catholic background likely offset Kaine’s pull for Catholic voters. Additionally, never before have pre-Election Day polls been so far off, and polls of Catholic voters were no exception.

More generally speaking, what makes the Catholic vote so interesting and so central in determining the presidency is that Catholic beliefs do not neatly fit into the platform of either major party. On issues such as abortion and birth control, Catholic teaching is at odds with the Democratic Party, but on issues of social justice such as the death penalty and poverty relief, it is at odds with the Republican Party. This means that Catholic voters are more likely to switch which party they support from election to election, or even race to race within a given year, than other demographics are. They are therefore that most prized commodity in the electoral economy — the swayable swing vote.

Future presidential candidates would do well to focus large sums of cash and energy on courting this key voting bloc.