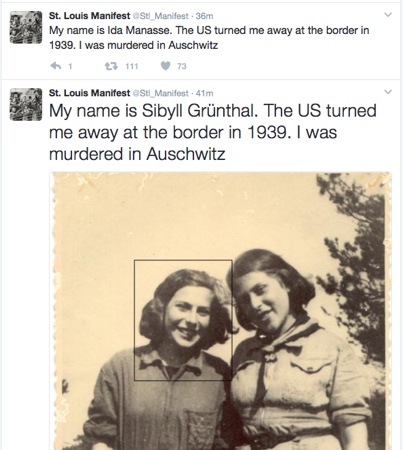 The U.N. General Assembly established the day in 2005. It chose Jan. 27 to mark the anniversary of the liberation of the Auschwitz concentration, killing and labor camp. Seventy-two years ago Friday, the Soviet army liberated 7,000 prisoners at Auschwitz, the largest of the Nazi's camps where at least 1.1 million people were murdered.

Russell Neiss, a St. Louis man, chose to commemorate the day by creating the @Stl_Manifest Twitter account. Using information from the U.S. Holocaust Memorial Museum, the account is posting photos and names of people turned away at the United States border in 1939, only to be killed in the Holocaust.