John Tyler’s Been Demoted in C-SPAN’s Latest Presidential Poll. Why This Is Unjust.

Walter R. Borneman’s books include Polk, The Man Who Transformed the Presidency and America and MacArthur at War. He participated in the C-SPAN survey.

As the crisis management performance of the new occupant of the White House is watched expectantly, John Tyler, tenth president of the United States, has fallen almost unnoticed from 35th to 39th place on C-SPAN’s 2017 Presidential Historians Survey. Ninety-one historians analyzed ten categories ranging from “public persuasion” to “vision/setting an agenda” and came up with the usual leaders at the top of the list: Lincoln, Washington, and the two Roosevelts ahead of a rising Dwight Eisenhower, who displaced Harry Truman from his fifth place finish in a similar poll in 2009. 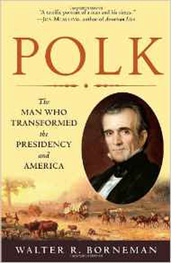 To send Tyler’s presidential stock plummeting, Millard Fillmore and William Henry Harrison, as well as George W. Bush, surged past the first vice president to succeed to the presidency. Surely, John Tyler deserves better. Was he more than the “too” in Tippecanoe?

Born on the family estate in the Virginia tidewater in 1790, Tyler was elected to Congress at twenty-seven. By 1825, he was governor of Virginia and two years later, a United States senator. Early on, Tyler supported Andrew Jackson’s emerging Democrat Party, but he grew disenchanted with Jackson’s strong use of presidential power and cast his lot with the Whigs. Although Tyler was not the Whigs’ first choice for vice president in 1840, he proved accommodating in accepting the nomination. William Henry Harrison and Tyler then rode to victory with the memorable slogan of “Tippecanoe and Tyler, too!”

But having elected William Henry Harrison, the Whigs could not keep him alive. Falling ill a month after his inauguration, Harrison became the first president to die in office. John Tyler was suddenly president of the Untied States, or was he? Presidential succession was then uncharted territory. Henry Clay, the congressional leader of the Whigs continued to call Tyler the “vice president,” brashly assuming that Clay himself might function as some sort of co-president.

But Tyler eschewed Clay’s intrusions and any suggestions that he was merely “acting president.” Instead, Tyler set the standard for later presidential successions by asserting that he had assumed the full constitutional powers of the presidency. “Go you now, then, Mr. Clay, to your end of the [Pennsylvania] avenue, where stands the Capitol,” Tyler is reported to have thundered, “and there perform your duty to the country as you shall think proper. So help me God, I shall do mine at this end of it.”

Tyler showed similar resolve when it came to re-chartering a national bank. The Whigs were strongly in favor of a national bank, but Tyler’s presidential views on this issue still sided with Jackson’s anti-bank stance. When the new president vetoed Clay-sponsored bills for a national bank—not once but twice—Tyler stuck to his principles but lost any hope of winning the 1844 Whig nomination for a term of his own. He was essentially expelled from his party.

This expulsion did not stop Tyler from pushing another fervent goal—the annexation of Texas. Even a saber rattler like Andrew Jackson had failed to make Texas part of the United States, but Tyler pulled no punches. Tyler’s successor, James K. Polk, gets the lion’s share of the credit for annexing Texas, but Polk merely completed Tyler’s final round of Texas initiatives—put in place during Tyler’s last week in office.

John Tyler’s bold actions on presidential succession, his veto against his own party policy, and his pursuit of a major international initiative, prove him deserving of higher rank. In pursuing these actions, Tyler did what every successful president has done once he was in office: expand, not contract, the powers of the presidency.

Tyler bristled at Andrew Jackson’s use of presidential power, but once in office he heartily embraced it. An opposition congressman from Illinois asserted that Polk exceeded his powers as commander in chief, but when it came that congressman’s turn to occupy the White House, Abraham Lincoln, too, expanded rather than contracted presidential powers.