Does It Matter Who the Secretary of Labor Is?

T.R.C. Hutton teaches history and American studies at the University of Tennessee. He is the author of Bloody Breathitt: Politics & Violence in the Appalachian South (University Press of Kentucky, 2013). 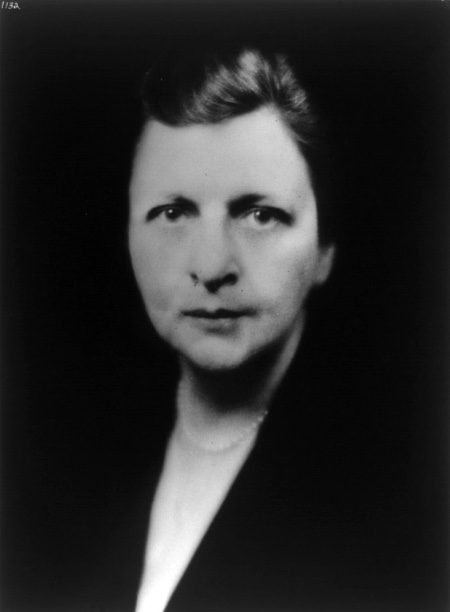 Recent events have placed a media spotlight on the oft-overlooked office of Secretary of Labor. President Donald Trump’s failure to appoint his first choice for the office, fast food magnate Andy Puzder, revealed the new president’s lack of clout within the US Senate (it also produced a sigh of relief from many observers who considered Puzder an enemy of his own employees). More recently, Tom Perez, who served in the position under Barack Obama, was elected chairman of the Democratic National Committee despite opposition from the party’s progressive wing.

Perez and Puzder are reflections of the men who nominated them; the former a Justice Department crusader against discrimination who believed in the political process no matter how many times it stung him; the latter one of a handful of private sector kingpins Trump considers better cabinet options than the “Washington insiders” of the past. But secretaries of labor have not always been perfect reflections of their respective administrations. Ever since President William Howard Taft grudgingly created the Department of Labor as a cabinet-level position in 1913 (on his last day in office), the succession of labor secretaries has been more likely to reflect popular attitudes toward organized labor, as well as the public climate regarding the American workplace and its relationship with government.

The first three labor secretaries all had backgrounds as industrial workers and trade union leaders. The first two, William B. Wilson and James J. Davis, were British emigrants. The third, William Doak, was a native of southern Appalachia. Wilson served under Woodrow Wilson (no relation) and played a vital role marshalling industry toward the U.S. intervention in the Great War in 1917 and 1918. However, his influence over workers extended only to those associated with the American Federation of Labor (AFL) and relatively conservative unions that did not fault with the American turn toward militarism. The Industrial Workers of the World and other radicals revolted against the war effort and took national attention away from the unions that hearkened to Wilson’s call. Although he had no direct role in the Red Scare of the late 1910s, William B. Wilson left office in 1921 with a prevailing hostile relationship between organized labor and the federal government that lasted for the rest of the decade.

Davis and Doak served under the conservative leadership of Presidents Harding, Coolidge, and Hoover, but both advocated modest Progressive reform efforts that did not inspire most of their bosses to action. Davis was vocally in favor of equal pay for women and modest regulation over child labor, while Doak supported legislation to force federally-funded contractors to pay workers a local prevailing wage.

But the bulk of their collective legacy is far more sinister and a direct reflection of the 1920s. Both men were nativists, and favored harsh anti-immigrant policies. Davis favored improving the American racial “stock” via eugenics. Doak (who succeeded Davis in late 1930 just as the Great Depression was becoming an undeniable reality) presided over the very first federally mandated forced repatriation of Mexican workers. Their other policies notwithstanding, Davis and Doak turned the Department of Labor into an instrument of active racism that probably reflected the will of the AFL more than it did the lackadaisical administrations it served.

The department changed dramatically under its next secretary, Frances Perkins, the first woman to serve on a presidential cabinet and the longest serving cabinet member to date (Perkins was secretary of labor for more than twelve years for the entirety of the administration of Franklin Roosevelt and a portion of Harry Truman’s). Perkins was a sociologist and social worker, and the first labor secretary who did not come from a career in labor organizing. Under her tutelage, the labor department became less a mouthpiece for the interests of the AFL, and more a source of protection for workers within and without organized labor (it is probably no coincidence that the Congress of Industrial Organizations, the first successful internal revolt within the AFL, came into being during her time in office).

Practically every form of worker support attributed to Roosevelt’s New Deal came from her desk, from federal minimum wage to social security to the eight-hour workday, regulations that only socialists and the most ambitious of Progressives had dreamt of since Perkins first entered public life at the turn of the century. Although many of her ideas were watered down or rejected by Congress, the courts, or her considerably more conservative employer (Roosevelt had to be convinced as to the virtues of many of Perkins’s ideas, especially with regard to public works). But the two ultimately agreed more than they disagreed, and in ways that do not suggest that FDR was any kind of secret leftist. As David Kennedy observed in Freedom from Fear, Roosevelt was “a rather diffident champion of labor,” and he and Perkins were “more interested in giving workers purchasing power than in granting them political power.” By the end of her tenure workers had an unprecedented measure of power on shop floors, but labor unions had less direct say in the White House than they had during the relatively conservative administration of Woodrow Wilson.

Historians roundly consider Frances Perkins the most influential, and by extension the greatest, labor secretary in American history, an honor that perhaps says as much about the shortcomings of those who came after her than it does her own achievements. Truman’s two labor secretaries, a judge and a governor, reflected the provincial president’s preference for politicians over scholars. Both tried to turn their office into a position of neutral mediation between capital and labor, and in this they were mildly successful. Like Truman they also attempted to prevent, and later overturn, the anti-labor Taft-Hartley Act of 1947. They failed at doing so. President Eisenhower’s first secretary of labor, former pipe fitter Martin Durkin, fought Taft-Hartley as well, but resigned after less than a year. Labor unions survived the second Red Scare in the 1950s, and next coalesced into the powerful re-combination of the AFL-CIO, but in both cases at the cost of drumming out workers considered radicals. The mixed legacy of the 1950s proved how ineffectual the Labor Department had become even under some of the most pro-union secretaries in its history.

Labor union membership peaked during the Eisenhower administration, as did federal suspicion toward them. The idealistic W. Willard Wirtz, John F. Kennedy’s second labor secretary, tried to renew the power of his office, but ended up clashing with Lyndon Johnson over the administration’s military escalation in Vietnam. Wirtz was much like Perkins in that he was an academic who favored creating federal programs that assisted the working poor more than he liked giving unions a direct voice in the federal government, especially as attorney general Robert Kennedy’s criminal investigations of the Teamsters union damaged labor’s public reputation. Meanwhile, AFL-CIO affiliates showed continuous resistance to integration and equal pay for African American workers.

The 1960s ended with an open federal willingness to enforce racial equality brought about by pressure from the civil rights movement. The first labor secretary of the Nixon administration, George Schultz, initiated the Philadelphia Plan, the first federal directive mandating racial hiring quotas. Peter Brennan, an AFL-CIO leader who was Nixon’s last labor secretary also supported affirmative action, but remains far more famous for having organized the pro-Nixon construction worker rally in 1970 that degenerated into an anti-student “Hard Hat Riot.” If there had ever been a moment when industrial workers might find common purpose with the New Left, Brennan brought it to an end, and his subsequent selection by Nixon was a reward that exhibited the changing attitude of the white working class.

The Nixon era also marked a final, permanent white-collar takeover of the labor secretary chair; Gerald Ford-appointee William Usery, a welder from Georgia, was the last industrial worker to hold the position. All of the labor secretaries under Carter, Reagan, and George H.W. Bush were strictly political appointees who ranged between passive and hostile attitudes toward labor (Bush’s secretary Elizabeth Dole stands as a mild exception due to her attempts to strengthen the reach of the Occupational Safety and Health Administration). Even though Clinton’s first labor secretary Robert Reich has since become a crusading public intellectual dedicated to renewing the American middle class, his administration initiated a trend that has continued to the present: labor secretaries are former academics or career bureaucrats with few function other than softening the blow of lower wages and lowered expectations brought about by a post-industrial economy.

Throughout its history, the office of secretary of labor embodies the executive branch of the federal government’s ambivalent attitude toward worker’s rights, and a slow adjustment to labor conditions. Even Frances Perkins was limited in her support for the right to strike, and her principled successors in the 50s and 60s were hamstrung by the governments in which they served. Her monumental protections of retirement benefits, unemployment insurance, and other accomplishments stand as evidence only that the New Deal/World War II era was indeed a “great exception,” as Jefferson Cowie recently dubbed it. Ironically, Donald Trump’s attempted appointment of Andy Puzder was the first obvious acknowledgement (albeit an antagonistic one) of the prevalence of the service economy.

Tom Perez’s commendable attempts to increase wages for home health workers and guarantee higher overtime pay have either been struck down by courts, or else will likely be reversed once Trump’s second choice, Alexander Acosta, is cleared by the U.S. Senate. And yet the office has, over the last two decades, reflected the changing face of the U.S. population. Alexis Herman was the first and only African American to serve in that capacity (under Bill Clinton) and, should he pass muster with the senate, Acosta will be the third Latino secretary of labor in the last eight years.

It is doubtful that labor secretary appointees in the near future will be foreign-born products of the working class like those of the 1910s and 1920s and, as mentioned before, they left behind a mixed legacy that did not necessarily help the American rank and file worker. The fact that a president widely considered hostile to immigrants would appoint an Hispanic leader suggests the position imitates prevailing trends within the American working class, just as it did with largely forgotten figures like James J. Davis and Willard Wirtz. Grass roots labor movements like FIGHT FOR $15 should learn from the office’s history that even when it is not an enemy the federal government is, at best, an ineffectual ally. But presidents’ choices of labor secretary, examined historically, provide us with a usable social barometer. At present, the reading on the barometer suggests that diversity of race, ethnicity, and age must be accepted and encouraged without exception. The nativism of the 1920s and the reactionary conservatism of the 1970s must never be repeated by American workers.