Whole Foods Is Opening in Harlem. Should We Be Celebrating?

Brian D. Goldstein is Assistant Professor of Architecture at the University of New Mexico and the author of The Roots of Urban Renaissance: Gentrification and the Struggle over Harlem (Harvard University Press, 2017). 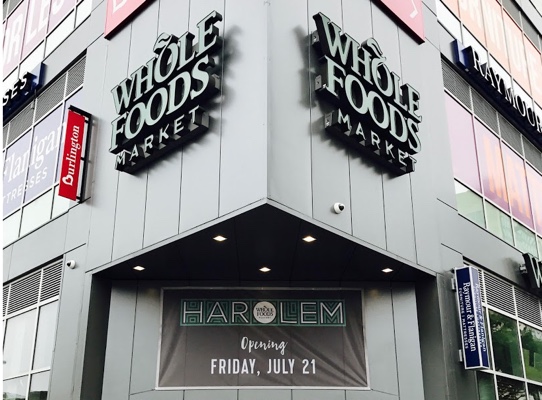 This week, a new Whole Foods will open in Harlem. Though the chain’s storefronts are hardly unusual across Manhattan, this will be the first location uptown. Reactions are likely to take two forms. One will celebrate this as a beacon of Harlem’s continuing transformation, a symbol of 125th Street’s commercial resurgence, and a new landmark of food retail in a still underserved neighborhood. The other will rue this as a beachhead of gentrification and an outside imposition that threatens to accelerate already rising land values and displace longtime residents. But Harlem’s history shows that the symbolism of this grocery store is more complicated than either narrative suggests. 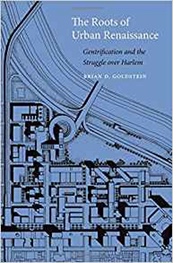 To see it as an outside imposition ignores a longer story that began not with rampant speculation but with the slow, methodical efforts of Harlemites themselves. During the difficult decades of the 1960s through 1980s community organizations like the Harlem Commonwealth Council, the Abyssinian Development Corporation, and Harlem Congregations for Community Improvement formed to help residents gain control over urban development processes that had often excluded them. Such groups began with diverse and even idealistic goals, including communal land ownership, business growth, and housing construction. By the 1990s, however, they turned their focus to the commercial development of 125th Street, a boulevard that they saw as under-retailed and underdeveloped.

Touting the buying power of Harlem’s residents, measured in the billions, these groups argued for the need to integrate the neighborhood into broader economic markets—in part by bringing national retailers to its streets. In projects like Harlem USA, the neighborhood’s first shopping mall, built on land that the Harlem Commonwealth Council had long held for such a project, and Harlem Center, co-developed by Abyssinian with Forest City Ratner, community efforts demonstrated that 125th Street was open for business.

Today’s Whole Foods, part of a larger commercial development, stands directly across from Harlem Center storefronts bearing Marshalls, Staples, and CVS. Though backed by private interests, the grocery builds upon this longer history in transforming a long-empty lot now surrounded by national retailers. Whole Foods is perhaps a symbolic step, then, but not a watershed. It is the latest phase in a story whose early chapters were written by community groups, who worked to make 125th Street more attractive to private capital.

At the same time, celebrating a new Whole Foods as an unalloyed good – a symbol of Harlem’s “second renaissance” – obscures persistent and widening inequality in the neighborhood. In this light, the opening of the doors of the Whole Foods must be considered against the recent shuttering of another neighborhood landmark, the Pathmark supermarket down the street.

Its story, too, should be understood as a direct outgrowth of community-based efforts. Pathmark, a food and pharmacy chain known for low prices, opened its first Harlem store at 125th Street and Lexington Avenue in 1999, in a project backed by local groups: Abyssinian and the Community Association of the East Harlem Triangle. With that, Pathmark became the only large-scale grocery store in Harlem, an occasion cheered by Harlemites who could finally claim a reliable source of fresh produce and meat.

Yet as the years passed, the real estate boom that community groups had helped to fuel would prove hard to resist. Facing a financial crisis in 2014 amid spiraling debt, Abyssinian’s leaders found a useful asset in the Pathmark. They sold it and its land for $39 million to the powerful New York developer Extell. This event was mired in controversy, not least because the city and East Harlem Triangle organization did not receive their share of proceeds, and also brought despair for the many Harlemites who depended upon the store. In late 2015, the supermarket closed. Though related to the bankruptcy of Pathmark’s parent company, A&P, this outcome was not inevitable: Harlem’s former 145th Street Pathmark found a new supermarket tenant. On 125th Street, however, the structure’s new owners planned its demolition.

Whole Foods – recently purchased by mega-retailer Amazon – will now fill the role of 125th Street’s dominant supermarket. But pressing questions remain about whom it will serve, fueled by the higher prices of its wares. The store arrives on the background of the larger, widely noted transformation of the community around it, evidenced by rising median incomes and skyrocketing real estate prices. Whole Foods will nod to Harlem by incorporating products made there (including juice, baked goods, and chocolate) as a promised means of sharing economic benefits. Nonetheless, as already-limited food retail options go upscale, the tradeoffs of a changing neighborhood become undeniable.

Many accounts of Whole Foods’s unveiling will emphasize that this store has a symbolic value exceeding that of perhaps any other location. Some of those will surely acknowledge the different responses it elicits from the neighborhood’s residents, new and old. But few observers will examine the role that Harlemites themselves have played – intentionally and unintentionally – in setting the table for this new addition to 125th Street, with its uncertain repercussions.

Understanding this should not suggest the futility of community involvement, but its necessity. Neighborhood-level efforts have mattered tremendously in Harlem’s transformation, though with complex consequences. In the past, even as some of Harlem’s most dynamic organizations emphasized large scale, chain-driven retail development, others offered visions centered on profit sharing, low-income housing, and economic development responsive to longstanding residents’ needs. That the former has tended to dominate recently does not mean that the latter has no future. Today, while a spotless new Whole Foods draws attention, other Harlemites push for measures, like community land trusts, intended to slow affordable housing loss and ensure equitable development. Which vision gains a foothold at this pivotal moment will go far in determining where Harlemites will shop on 125th Street – and, indeed, who will be a Harlemite – in years to come.