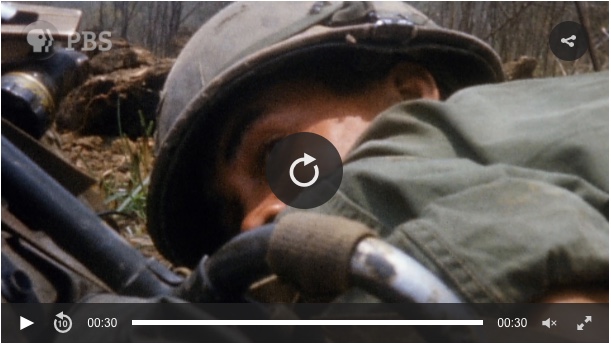 “So much of what I thought I knew just turned out not to be correct,” says Lynn Novick, discussing what she learned while working on the upcoming documentary series “The Vietnam War,” which she co-directed alongside longtime creative partner Ken Burns. “In every aspect of this war, there are many, many misconceptions, and I certainly harbored many of them,” she tells Daily Beast Editor-in-Chief John Avlon in our interview.  “So, it was really a process of just leaving the baggage at the door, and trying to trust people who know a lot more about this than we do.”

Novick and Burns explore the war from nearly every angle imaginable, in the process creating an emotional, insightful, and often harrowing documentary. For them, that means purposefully including perspectives from Southern and Northern Vietnamese—viewpoints often ignored in American-made histories of the conflict—alongside stories of American soldiers’ courage. “There were other people involved,” she says, about the North’s experience, “so, it's not just that we lost it or that we didn't win. You're only knowing a third of the experience if you just focus on what happened to Americans and why.”

She goes on to speak of her surprise when interviewing many Vietnamese about their experiences during the war, recounting a general sentiment she often heard expressed in these interviews: “‘No one's ever asked me to talk about what was my own personal experience of the war,’” she says, paraphrasing Vietnamese interviewees.“‘What do I remember, what happened, that kind of thing.’ So, it was revelatory for them to sit down with us and tell their story. Over and over again, we just kept hearing, you know, ‘We don't think our children and grandchildren know anything about what the war was really like. They know the official narrative of the war, and that it was a great heroic struggle for our country, and we're proud of that—but what did it really cost?’”