No One Should Be Surprised We’re so Polarized

Richard Archer, Professor of History Emeritus at Whittier College, is the author of the new book, Jim Crow North: The Struggle for Equal Rights in Antebellum New England. His two previous books on New England are: "Fissures in the Rock: New England in the Seventeenth Century;" and "As If an Enemy’s Country: The British Occupation of Boston and the Origins of Revolution." 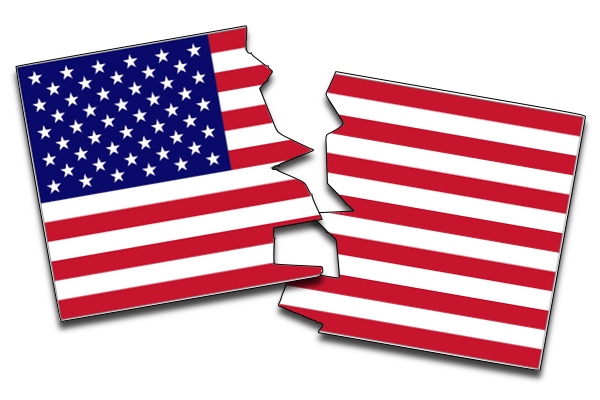 In a country with a civil war in its past and remnants of that clash still with us, there should be little surprise that divisions and conflicts persist. The United States, despite a central government, has always been an amalgamation of cultures. Even such ideals as “equal rights” have different meanings in different places. 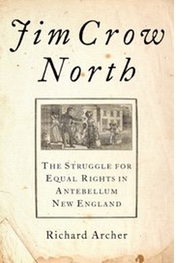 Nowhere is this more evident than when comparing emancipation in New England in the late eighteenth and early nineteenth centuries with the South after the Civil War. Racism plagued both regions, but in different ways.

Slavery existed in all of British America. But in New England, except for pockets of Rhode Island and Connecticut, it was a peripheral institution. The number of slaves was relatively few in comparison to other regions. In 1770 all of New England had but roughly 15,000 enslaved people. At the end of the Revolutionary War, there was in consequence little opposition to plans to terminate the peculiar institution—particularly when the process in some of the states provided for gradual emancipation.

Once decided upon, however, emancipation came quickly. By 1790 New England had but 3,870 slaves, and only 1,339 in 1800. The number of free African Americans correspondingly increased dramatically; by 1800 their number was greater than 17,000. Black New Englanders disproportionately lived in the larger towns of Massachusetts, Connecticut, and Rhode Island, and it was in those places where white New Englanders showed most alarm.

Laws and practices using segregation and other forms of discrimination soon developed that treated African Americans almost as a separate caste. Rhode Island and Connecticut barred blacks from voting. The larger cities segregated schools. Even though African Americans were eligible to become church members, they frequently were relegated to seats in the least desirable sections of churches. Massachusetts, Maine, and Rhode Island prohibited mixed marriages. Many stagecoaches, steamships, railroads, and cultural venues segregated blacks from whites. It was on the early railroads of New England, no later than 1839, where the designation “Jim Crow car” first began, and that term soon applied to all forms of segregation. Race riots aimed at African Americans raged in some cities at various times in the 1820s and 1830s. And limited economic opportunity mired most black New Englanders in poverty.

Their small numbers meant that people of African ancestry needed white allies to change the system. But conversely their presence was not large enough to threaten most white New Englanders, which allowed for the possibility of resistance to Jim Crow. Early efforts for equal rights focused on unifying African Americans and uplifting them through education and benevolent organizations. Reformers hoped that when it was shown that people of color could lead productive and exemplary lives, whites would be favorably impressed and would remove the barriers to equality.

By 1840 it was clear that unity and uplift were not enough by themselves. Direct action also was needed. Using sit-ins, boycotts, petition drives, and other initiatives (all more than one hundred years before the Civil Rights Movement of the twentieth-century), African American New Englanders and white reformers attempted to desegregate schools, transportation, neighborhoods, churches, and cultural venues. And they were remarkably successful.

By the advent of the Civil War, African American men could vote and hold office in every New England state but Connecticut. Schools, except in the largest cities of Connecticut and Rhode Island, were integrated. Railroads, stagecoaches, hotels, and cultural venues (with occasional aberrations) were free from discrimination. People of African descent and of European descent could marry one another and live peaceably, even in Maine and Rhode Island where such marriages remained legally prohibited. There was an emerging, if still small, black middle class. These were all important steps towards equality; but with economic opportunities restricted and poverty a widespread condition, it was too soon to celebrate.

New England, nonetheless, was in advance of the rest of the country, particularly the South. While slavery was peripheral to New England society and economy, it was central to southern life. Millions of African Americans were enslaved there, and that large number—let alone other causes for racism among southern whites—prompted fears of uncontrolled blacks retaliating for years of oppression. Individual slaveholders freed their slaves, but no southern state passed an emancipation law. The end of slavery was not voluntary but rather was the result of the Confederacy losing the Civil War.

From the perspective of many southern whites, the vacuum left by slavery’s termination had to be replaced by other types of domination. After Reconstruction Southern states passed laws reducing freedom of movement, segregating activities, and restricting political rights and economic opportunities. Jim Crow came south, with a vengeance. Threats of violence and violence itself, lynchings, public monuments of Confederate leaders, and vigilantism in the form of the Ku Klux Klan and other white supremacist groups reinforced legal attempts to intimidate African Americans and maintain an American apartheid.

Although there were individual and small group acts of resistance, there was not a broad movement for equal rights in the South until after the Second World War—more than a hundred years after the beginning of the equal rights movement in New England. Within each region, there was a wide range of attitudes and behaviors among the general population, but in general the racism of the South has been far more virulent than the racism of New England and that difference has spread to other beliefs and values.

Both Democrats and Republicans have had a “southern strategy” at various times since the Civil War, and in recent years that has meant efforts to gain power by appealing to racist beliefs in disguised ways, such as questioning a president’s place of birth and calling “to make America great again.” Context, of course, matters. The United States may be a political and geographic state, but in other ways we are divided, as we always have been.