When the Robots Take Our Jobs

Greta de Jong is a professor of history at the University of Nevada, Reno. Her most recent book is You Can’t Eat Freedom: Southerners and Social Justice after the Civil Rights Movement (University of North Carolina Press, 2016). 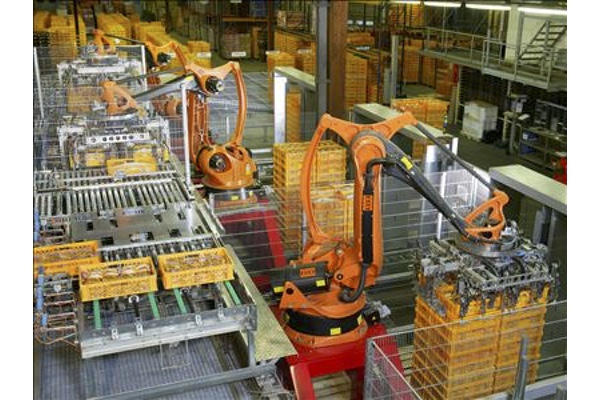 Majoring in STEM fields might teach students how to build robots, but studying history will teach them what to do when the robots take their jobs.

Fifty years ago, in February 1966, Newsweek carried an article titled “DP’s in the Delta” that examined the consequences of mass unemployment in rural Mississippi. For some decades plantation owners had been moving to mechanize their operations, displacing roughly 3.7 million agricultural workers across the South between 1940 and 1970. In a region where white racists controlled African Americans’ access to basic necessities—food, housing, credit, and public assistance—thousands of sharecropping families were laid off and left without homes or income when their jobs were replaced by machines. Newsweek’s report on the displaced persons of Mississippi sympathized with their plight but suggested that little could be done about it, attributing the situation simply to “cruel economic realities that have idled thousands of Negro farm workers in the state.” 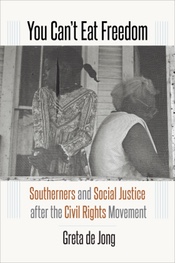 By failing to mention the political decisions that contributed to this humanitarian crisis, Newsweek reinforced a narrative regarding the futility of fighting market forces that had lasting consequences, not just for black southerners but for other Americans as well. Planters and political leaders argued that social conditions in the Delta were the result of the natural workings of the economy and that no amount of government meddling could solve the problem. The idea that an unregulated free enterprise system was the best way to distribute wealth and resources gained strength after the 1960s and shaped the experiences of factory workers whose jobs were lost to deindustrialization, automation, and globalization in the late twentieth century.

Today, technological advances threaten to make human labor obsolete across a broad range of skilled professions, as even the bright young entrepreneurs and engineers being nurtured by our universities are sure to discover. Majoring in STEM fields might teach them how to build robots, but studying history will teach them what to do when the robots take their jobs. Americans looking to assist the DPs of the twenty-first century might benefit from learning about the experiences of rural black southerners in the 1960s, whose responses to displacement sought to hold political leaders accountable, ensure a fairer distribution of resources, and empower laid off workers to craft creative solutions to their problems.

Black southerners understood that unemployment and poverty were not caused solely by changes in the market or the laws of supply and demand. For generations, the wealthy white men who dominated state and local governments in the South had rigged the region’s economy in order to maximize their profits at the expense of African Americans and poor white people. As Alabama tenant farmer Willie Williams told a reporter in 1966, the prosperity enjoyed by his landlord, James Minter, rested on denying opportunities for advancement to others. The two men were the same age and grew up together on the Minter family’s plantation. But whereas Minter enjoyed the benefits of education and other privileges befitting the son of a prominent landowner, Williams never made it past the second grade. “They needed me for the farm,” he explained. “We were working for Mister James to go to school.”

In the mid-twentieth century, mechanization reduced planters’ dependence on cheap black labor at around the same time that the civil rights movement raised the specter of black political mobilization, generating new challenges for regional elites. Before the 1960s, their chief concern was how to get black people to work for them. Now, the problem was what to do with workers whose labor was no longer needed—and who could now vote. In the majority-black plantation counties, landowners feared the election of social justice advocates who would increase taxes on the wealthy to pay for job training programs, improved education, infrastructure spending, and other investments that could help unemployed workers adjust to the new economy. Plantation owners’ preferred solution to this dilemma was for African Americans to leave the region, and they tried to discourage unemployed people from remaining in their communities by cutting public assistance programs, blocking economic development efforts, and opposing antipoverty projects initiated by the federal government’s War on Poverty.

These policies generated widespread hunger and homelessness for thousands of displaced workers, drawing condemnation from civil rights activists and some congressional representatives. Responding to the pronouncements of free market proponents who argued that the crisis was the result of natural economic forces that were best left alone, New York Senator Jacob Javits rejected the notion that political leaders were powerless to act. “The United States does have agencies, the United States does have food, the United States does have the money to see that there is no poverty in this country,” he asserted.

All of these projects were open to poor white people as well as black Americans, but many white southerners were reluctant to participate. Supporters of antipoverty programs faced violent attacks and economic reprisals by the same white supremacist groups that resisted the civil rights movement, and opponents portrayed the War on Poverty as a ploy to transfer wealth from hardworking white Americans to undeserving black Americans in an effort to discredit it. As one federal official observed, white southerners were “led to believe that Poverty Programs are for Negroes only. . . . The poor white man is not encouraged to take advantage of his Government’s efforts to lift him out of the pits of poverty.”

Over the next several decades, the idea that government assistance was for lazy black people and that self-respecting “real” Americans could succeed through individualism and hard work seeped into the national political discourse. Segregationist presidential contender George Wallace laid the groundwork for this shift in his campaigns of 1964 and 1968 by equating efforts to ensure racial equality with federal tyranny. Presidents Richard Nixon and Ronald Reagan subtly manipulated white voters’ racial prejudices to convince them that an overbearing government intent on draining their tax dollars to pay for social programs was to blame for economic hardships that working-class families experienced in the 1970s and 1980s. Many northern industrial workers joined corporate CEOs in demanding less government intervention in the economy, even while free market policies and cuts in social services for unemployed people devastated their communities at the turn of the twenty-first century.

The legacies of debates over racial and economic justice half a century ago still reverberate today. Participants in these struggles raised important questions regarding the causes of poverty and inequality, the role of federal agencies, and the ability of free markets or government initiatives to fully attend to human needs. Examining how residents of southern plantation counties responded to the social transformations of the mid-twentieth century and paying attention to the ways that racial, economic, and political concerns intersected with each other may provide better answers to these questions than our current leaders are offering.