This Is How You Get Gun Control

Dr. Bruce W. Dearstyne is a historian in Albany, New York. His most recent book is The Spirit of New York: Defining Events in the Empire State's History 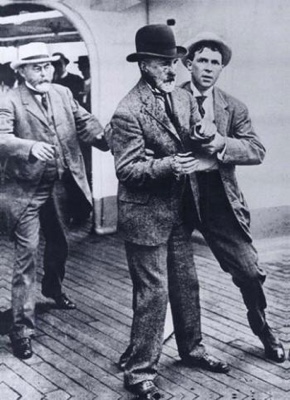 It’s what happened after several headline-making shootings captured public attention a century ago.

"We are losing our lives while the adults are playing around," Cameron Kasky, a survivor of the Marjorie Stoneman Douglas High School shooting said on CNN's "State of the Union" program a few days later. It was a wrenching reminder of how long politicians have ducked responsibility for curbing killers using assault rifles. 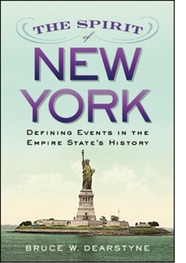 We have reached a critical point in our history when students need to implore lawmakers to protect them from gunfire in their own schools.

President Trump's endorsement of stronger background checks and raising the age to purchase guns seem like positive steps. But his – and the NRA's – proposal to arm classroom teachers raises the spectre of gunmen armed with assault rifles shooting it out with classroom teachers armed with handguns.

The nation needs common-sense gun control that is compatible with the Second Amendment.

The story of the Sullivan gun control act, passed by the New York State legislature in 1911, is worth studying for insights into how public pressure and political leadership could produce what is needed.

By the early 20th century, many New York political leaders, newspapers, and individual citizens were concerned with rising gun violence, particularly in New York City. Several factors aligned to escalate and transform that concern into support for gun control legislation.

On August 9, 1910, New York City Mayor William J. Gaynor was waiting to board a ship for a trip to Europe. He was suddenly approached by James J. Gallagher, who had been discharged from his position as a New York City dock night watchman for dereliction of his duty earlier in the year. Gallagher's repeated appeals to the mayor for reinstatement had gotten no results.

Gallagher shot the mayor in the neck and also wounded the city sanitation commissioner who was there to see the mayor off. A New York World photographer happened to be there for what he had assumed would be a routine photo of the mayor. Instead, he snapped a picture of a bloodied Gaynor reeling from the shot. The photo made the front pages of city newspapers and was widely reprinted. It was a graphic representation of the horror of gun violence.

Gaynor survived but the bullet lodged in his neck and could not be removed. It caused him pain and discomfort until his death in 1913. Gallagher insisted that his being fired justified his assault on the mayor and that shooting public officials was defensible "if you have a grievance and can't right it any other way." He was sentenced to 12 years in prison and died there in 1913.

David Graham Phillips was a prominent New York City novelist in the early 20th century. On January 23, 1911, Fitzhugh Coyle Goldsborough, an eccentric violinist and music teacher, walked up to Phillips on the sidewalk near Gramercy Park. People standing nearby heard him cry out "I've been waiting for six months to get you" and then "Here you go!" as he shot the novelist five times. He then muttered "Here I go!" before shooting and killing himself. Phillips died of his wounds the next day.

Police searched Goldsborough's apartment; from diaries and papers they learned he had become obsessed with one of Phillips' novels, The Fashionable Adventures of Joshua Craig. He believed it drew on Goldsborough family history, portraying it in an unflattering way. Goldsborough also believed Phillips could read his mind. Actually, Phillips's novel was complete fiction rather than based on any actual people. Press accounts concluded Goldsborough was mentally deranged.

The shootings of Gaynor and Phillips escalated public demand for gun control.

Support for gun control also came from an unlikely source, the New York City coroner's office. George LeBrun, a senior administrator in the office, complied annual reports on deaths in the city in the early 20th century. The report released in January 1911 documented an alarming rise in gun-related killings. Gun violence was reaching epidemic levels. "The increase of homicide by shooting indicates the urgent necessity of the proper authorities taking some measure for the regulation of the indiscriminate sale and carrying of firearms," the report insisted. " The press picked up the sense of alarm, for instance, in a New York Times article on January 30 entitled, "Revolver Killings Fast Increasing."

A politician takes the lead

Timothy Sullivan, a Democratic state senator from the Bowery area of Manhattan, was shocked at the Gaynor and Phillips shootings. But he was even more alarmed about a rising tide of gang-related shootings in his own district.

Sullivan, often known by his nickname "Big Tim," was no do-gooder reformer. He was a Tammany Hall regular who was involved with gambling, prostitution, and corruption. But he was also genuinely concerned with the welfare of his constituents. Tammany Hall itself was becoming more reform-minded.

Sullivan introduced a bill in the 1911 legislature to require licenses issued by judges or police for New Yorkers to possess firearms small enough to be concealed. Possession of such firearms without a license would be defined as a misdemeanor, and carrying one without a license was defined as a felony. Sellers were required to keep records of firearms transactions. The bill had other provisions as well.

Sullivan explained that there were three types of "gun toters." The first category was professional criminals. The second consisted of people who were deranged or committed gun violence in fits of rage. His law would help in both those areas, he said.

But Sullivan said he was more concerned with a third category: "young fellows who carry guns around in their pockets all the time not because they are murderers or criminals but because the other fellows do it and they want to be able to protect themselves.... [T]hose boys aren't all bad but ... just carrying their guns around makes them itch to use them."

Sullivan's bill was opposed by some gun owners and gun manufacturers. One upstate legislator told Sullivan that "your bill won't stop murders. You can't force a burglar to get a license to use a gun." Others warned that criminals would get guns from other states.

But opponents were overshadowed by the voices of citizens who were fed up with gun violence, particularly people in New York City. Sullivan capitalized on public sentiment.

"This is a bill against murder," he insisted in an impassioned plea for his bill in the Senate on May 11.

He pointed out that gun control was supported by oil magnate John D. Rockefeller, department store owner John Wanamaker, several other wealthy and prominent New Yorkers, the city police department, and a number of judges. Law enforcement officers spoke out in favor of Sullivan's bill. New York County Republican District Attorney (later governor) Charles Whitman said that "carrying a weapon is an invitation to a crime. Reduce the weapons carried and you will reduce crimes of violence. There isn't any debating that point."

Bipartisan support for the bill

Democrats controlled the legislature but Sullivan lobbied his colleagues on both sides of the political aisle to support his bill. It came to be viewed as a bipartisan measure. Legislators, sensing public outrage at gun assaults, expressed support. After all, who wanted to be seen as opposing something that promised to save people's lives? The Sullivan Act passed easily in August 1911, garnering 46 of 51 votes in the Senate and 148 out of 150 in the Assembly, with both Democrats and Republicans in support. Democratic governor John A. Dix signed it into law.

Critics soon charged that the law was selectively enforced, with police targeting immigrants and minority groups and planting guns on people they wanted to arrest for other reasons. It was challenged in court but upheld. Its impact on reducing gun-related crime has been questioned. As Patrick Charles explains in his new book, Armed in America: A History of Gun Rights from Colonial Militias to Concealed Carry, its passage inspired organized resistance to gun control in other states.

But its basic provisions are still in place.

The Sullivan Act is not perfect by any means, but its passage sent a message that New Yorkers were determined to curb gun violence. The history of its passage offers three insights for today.

Two, public pressure is needed to get legislation passed, but in turn, the public's perception is shaped by the media and political leaders who frame the issue and insist on action.

Three, compromise is possible. The Sullivan Act does not prevent people from getting concealed weapons, but it does require them to go through a process to do so.