For Whom Should Historians Write and How? 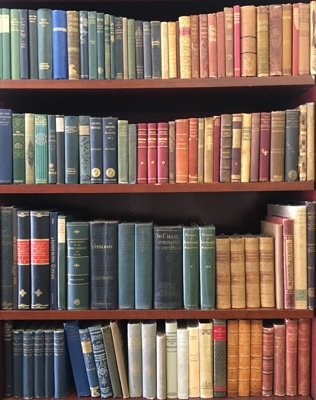 On this site at the end of February an abridged article appeared that discussed “Writing for the Public Vs. Academic Writing.” The HNN Mission Statement, as well as a perusal of any week's HNN essays, makes it clear that this site believes in the importance of historians addressing the public. But more needs to be said.

First, both types of writing, for other historians and for the broader public, are necessary and important. Although most of my own writing has been for a broader public, including undergraduate students, I fully realize and appreciate more specialized scholarship. In the Preface to the second edition of each of my two volumes of A History of Russia (see here and here), I wrote that the new edition “reﬂects many of the new scholarly ﬁndings of the past six [or seven] years, and I am indebted to the many scholars who have shared their insights and research in a wide variety of ways: in scholarly journals and books, in presentations at conferences, in online discussion groups, and through private correspondence.” Writing about a thousand pages of a general history for college students made me realize as never before how much generalists and popularizers (including many textbook writers) depend on the specialists who sometimes write only for academic journals and in specialized areas read primarily by other academics in their field.

Within academia specialized studies are generally more highly valued than textbooks and more general “popular” books. And younger academics hoping to receive tenure and an eventual full professorship ignore such preferences at their peril.

Among the general public, however, specialized academic writing is often viewed with condescension or contempt. I used to joke that when someone wished to say something was unimportant or irrelevant they might remark, “That’s academic” or “That’s history.” So much for us academic historians! A contemptuous attitude toward academics in general, if not predominant among the public, is at least widely shared. They, it is said, “live in an ivory tower,” or “don’t live in the real world.” Many of them are “eggheads,” defined by one right-wing novelist as “a person of spurious intellectual pretensions, often a professor or the protégé of a professor. Fundamentally superficial. Over-emotional and feminine in reactions to any problem.”

Of course, some academic fields are less respected than others.  During the 1980s and 1990s those disciplines such as literary criticism, the social sciences, and humanities which were influenced by deconstructionism came in for special opprobrium. In his bestselling The Closing of the America Mind: How Higher Education Has Failed Democracy and Impoverished the Souls of Today's Students (1987), Allan Bloom wrote, “Deconstructionism . . . is the last, predictable, stage in the suppression of reason and the denial of the possibility of truth in the name of philosophy.” As late as 2017, conservative columnist George Will still enjoyed poking fun at academics “anesthetized” by deconstructionism.

He recalled that in 1996 the U. S. journal Social Text published an article entitled "Transgressing the Boundaries: Towards a Transformative Hermeneutics of Quantum Gravity."  It contained far more references and notes than text itself.  But the article was a hoax and viewed by its self-proclaimed author as a parody on postmodern deconstructionist thought and use of jargon.  Four years later The Sokal Hoax: The Sham That Shook the Academy detailed more about the affair.

Because deconstructionists often used jargon that was only intelligible to those familiar with it, it was easy to make fun of them.  A website of an emeritus professor of anthropology at the University of California-San Diego, for example, furnished this parody of a deconstructionist sentence: “Naming in principle constitutes an act of violence, which valorizes constructed spaces of colonial hegemony across boundaries appropriated by didactic official discourse implicated by scientifico-disciplinary mechanisms of cultural production and alters the native imaginary.”

Even though some valuable insights may be found in essays and books influenced by deconstructionist vocabulary—and these insights might filter down to the general public—I always recommended that history students avoid jargon, academic or otherwise. As I wrote in a recent review about a book that shall remain nameless: “Although this book is generally well written, those who are not fans of postmodernist jargon may grow tired of all the author’s uses of words such as ‘discourse,’ ‘privileged’ (as a verb), ‘trope,’ and ‘hermeneutic.’” Not only does such specialized language narrow a book’s readership, but it also sometimes reflects an unwillingness to trouble oneself enough to search for words that a larger audience could easily comprehend.

Vocabulary usage brings us to our second major point—the writing style most appropriate for historical writing. Major good advice for any type of writing is “Know your audience,” and write at an appropriate level for them. Thus, a more academic style is appropriate for scholarly periodicals than for books intended to reach a larger audience, though using any type of specialized jargon still seems unnecessary and audience-limiting for most historical journals.

At the top of the list for historical-writing virtues is clarity. Any readers’ bewilderment should be limited to the strange twists that history sometimes takes. They should never have to ask themselves, “What in the hell does that sentence mean?”

Related to clarity is readability. The former fosters the latter. In the nineteenth century, it was acceptable to write long sentences imbedded in long paragraphs. For example, English historian Thomas Macaulay begins his multi-volume The History of England, from the Accession of James II with a paragraph that runs over one page and contains a sentence of 222 words. Modern readers, however, even history aficionados, have little patience for verbosity. Newspapers, television, texting, and Twitter have conditioned us to prefer shorter sentences and paragraphs. Experience has taught me that my first draft of any piece of writing can always be improved, be made more readable, by deleting unneeded words. This does not mean that all sentences should be short. Varying their length can often make a paragraph more readable.

Readability can also be heightened by a variety of other writing techniques. I began my Russia in the Age of Alexander II, Tolstoy and Dostoevsky (2002) with the following paragraph: “It was finally time to move the body. The funeral bells were tolling in the churches of St. Petersburg. For nine days the corpse of the dead Emperor, Nicholas I of Russia, had remained within the red walls of the Winter Palace. On some of these days the odor of his decomposing body had been almost unbearable. But it was now Sunday, February 27, 1855, and the winter sun was shining brilliantly.” Not only are the sentences and paragraph concise, but the first sentence awakens the reader’s curiosity, and the next few lines provide concrete sensual images—bells tolling, red walls, the odor of decomposing body, and the shinning sun.

People like good stories, and popular histories often tell them. One thinks of some of the works of David McCullough, such as The Great Bridge (on the building of theBrooklyn Bridge), The Path Between the Seas (on the creation of the Panama Canal), The Johnstown Flood, and 1776. Although narrative history is often disdained by professional historians, I have always admired scholarly history—Garrett Mattingly’s The Armada (1959), for example—that reads like a good novel. I began my Russia in the Age of Alexander II (see here for an online version)—with the intention of using many novelistic devices to tell an accurate story of Alexander II and the writers and intellectuals of his day. Unlike novelists, however, I made nothing up. Even weather descriptions, as quoted above, were based on factual information.

Sprinkling historical writing with pithy quotes and humor can also enliven it. One of the most popular historians of her time, Barbara Tuchman knew well how to employ humorous quotes. In The Proud Tower she quotes a Punch correspondentdescribing Arthur Balfour in the House of Commons slouching so much that he was nearly sitting “on his shoulder blades.” Later on, she relates Speaker of the House of Representatives Thomas Reed’s quote, “[President] McKinley has no more backbone than a chocolate éclair.” Citing some of Lincoln’s humorous words, as for example Stephen Oates does in his With Malice Toward None: The Life of Abraham Lincoln, not only gives us more insight into one of our best presidents, but provides readers needed relief from more somber considerations. As critic and intellectual historian Roger Shattuck once wrote, “Humor offers both a form of wisdom and a means of survival in a threatening world. It demands that we reckon with the realities of human nature and the world without falling into grimness and despair.”

Although we all need occasional light relief from more serious considerations, most of us prefer reading about subjects we consider important rather than trivial. Thus, historians will usually increase their readership if they write about significant matters. What those are can change from one era to the next. Several historical books I found timely during the past year are Robert Dallek’s Franklin D. Roosevelt: A Political Life, Douglas Brinkley’s two books on the environmentalism of Theodore and Franklin Roosevelt, and Stephen Pinker’s Enlightenment Now: The Case for Reason, Science, Humanism, and Progress.

Dallek wrote his newest book “to remind people, especially a younger generation with limited knowledge of American history, of what great presidential leadership looks like.” Although far removed from being part of “a younger generation,” I also needed reminding (in these Trumpesque times) of how a great president acted. Ditto for needing a contrast in regard to presidential environmental policies. What subject is more important for future generations? Although Pinker is not a historian, as are Dallek and Brinkley, his long book deals with a most significant subject, and one I have been interested in for many years: How have we progressed or not in modern history?

Although writing in an unbiased fashion may not help a historian’s book sales—in 2017 the polemical Bill O’Reilly was called “America’s best-selling ‘historian’”—good historians attempt to write objective (and accurate) history. We may let our values and opinions affect our choice of subjects, but in treating our material we should strive for scrupulous honesty and fairness. As many HNN op-ed articles demonstrate, however, this does not mean we should be indifferent or passionless regarding present political circumstances.

Empathy toward the subjects we write about may seem contrary to being unbiased. But it need not be. Two years ago in “Historians Need to Write and Teach with Empathy,” I quoted historian John Lewis Gaddis’s words: “Getting inside other people’s minds requires that your own mind be open to their impressions—their hopes and fears, their beliefs and dreams, their sense of right and wrong, their perception of the world and where they fit within it.” And “you can’t accomplish this without empathy, which is not the same thing as sympathy.”

Like Gaddis, other historians such as Marc Bloch, David Hackett Fischer, and Richard Evans have provided good advice on historical writing. Whether we write for specialized journals or for the general public, we can profit from considering the wise advice of these eminent historians.