Remembering 1968: How an upstart primary challenge ended a presidency 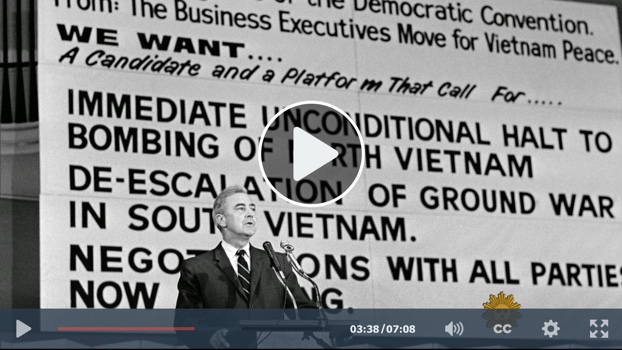 The year 1968 brought a startling development almost every month -- and the month of March was no exception. "CBS This Morning"' co-host John Dickerson takes us back:

Fred Harris described 1968 as "really a horrible year for the country."

Joseph Califano said, "It was a hell of a year."

President Lyndon Johnson called it "a year of continuous nightmare."  And he upended it with an astonishing decision.

"It is true that a house divided against itself is a house that cannot stand," he said.

As 1968 began, Johnson was in his fifth year in office. He had become president following the assassination of John F. Kennedy, then was elected in 1964 by one of the largest margins in history. Now he was running for re-election.