Bill Heiden has twenty-five years experience in strategy and planning. He studies the history of technology and its influence on culture. He is the President of Levo International and leads retreats at Holy Family Retreat Center, in West Hartford, Connecticut.  He is currently writing his Masters thesis on the religious reaction to technology in the late nineteenth century for Trinity College’s American Studies program in Hartford, Connecticut. 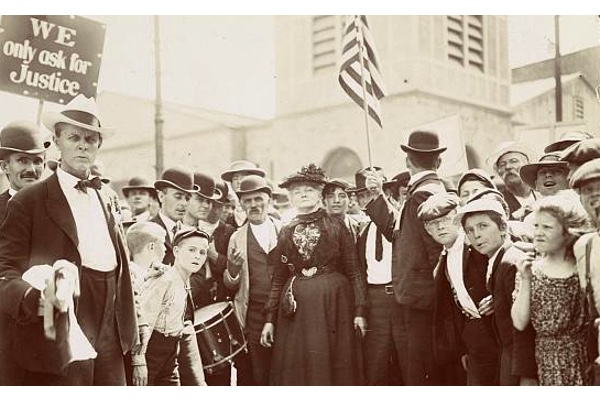 This week students walked out of schools around the country to remember those who died in the Parkland shooting and to call for action on gun control. Regardless of how you feel about the issues surrounding gun violence, it’s hard not to respect the willingness of these young people to enter the political fray.

A couple years ago I wrote a LinkedIn article on age and entrepreneurship. In it, I pointed to a number of examples dating back to Ancient Greece when young people took the lead in organizations. What I didn’t mention at the time was that I was witnessing my, then fifteen year old, son incubate what would become an international development organization. That organization, Levo international, Inc., just sent a chemist in his 60s down to Haiti to work with a 22 year Field Scientist to develop protocols which will enable the launch of a training center for hydroponic farming in a region where the World Bank says 70% of the population lives on less than $2 a day and where U.S. intervention has been malevolent for generations.

What these diverse examples illustrate is that age doesn’t matter. I have been thinking about that fact for the past several weeks. In the aftermath of the violence in Parkland, young people have taken to the street, and to the halls of power, to create change. We should be inspired by such energy, but not surprised. What is inspirational is not the youthfulness of the protesters per se, it is that a group of people with little structural power mobilized in the face of entrenched interests.

This, of course, is far from the first time that young people have participated in activism at such a scale. Significant numbers of young people participated in the Black Lives Matter movement, and there were plenty of youth involved in the Women’s marches of recent years. Back in the nineteen sixties the young protested racial injustice and the Vietnam War. Internationally, the Arab Spring was led by young people. All of these movements can be instructive for today’s organizers. I wonder, however, what a less well-known protest might be able to teach us. I draw your attention to the 1903 March of the Mill Children.

This earlier effort involved laborers, many of whom were children, protesting child labor laws and enforcement by marching from Philadelphia to New York. Organized in an era when life expectancy was less than 50, the then 65 year old Mother Jones led an “army” to the doors of President Roosevelt’s summer house in Oyster Bay on Long Island. The march was a move to attract attention to the issues of child labor after Jones found that Pennsylvania newspapers would not cover the story, because the employers of the children were stockholders in the papers.

Though the president refused to meet with Mother Jones and her child representatives, the event did draw attention. It drew a number of notable people to the cause and in a short time triggered action from the state of Pennsylvania. In a parallel with today’s concerns, Roosevelt suggested that the Constitution offered no encouragement for federal intervention. Fifteen years later, the Supreme Court agreed with this assessment, striking down a Woodrow Wilson administration labor law by a 5-4 vote. For a number of years then child labor laws remained the responsibility of the states. Reformers meanwhile pushed for a constitutional amendment that would address child labor.

The battle over child labor was a long one. Massachusetts enacted the earliest laws restricting the practice in the 1840s, so the 1903 march did not change the game all at once. But in the end, an amendment to the Constitution became moot, and some point to the March of the Mill Children as a turning point of a campaign that ultimately led to the Fair Labor Standards Act in 1938.

By some measure, the teenagers from Parkland and around the country have already achieved a remarkable feat in the changes to Florida gun laws. But history suggests that these teens might not be so young when and if significant change happens at the federal level. Both current events and history agree that change is hard work that requires organized and persistent effort. They also both offer evidence that leadership and activism can come from any age.