Demoting “Maryland, My Maryland” Ends a Struggle Begun by Black Baltimoreans in 1863

Martha S. Jones is the SOBA presidential professor of history at Johns Hopkins University and a co-president of the Berkshire Conference of Women Historians. She is the author of the forthcoming book Birthright Citizens: A History of Race and Rights in Antebellum America.

Maryland’s legislature is poised to demote the official state song – “Maryland, My Maryland” – to the status of a mere “historical” tune. From the historical perspective of black Marylanders, some of whom first rebuked the song in 1863, it is about time.

Long before its 1939 adoption as the state’s official song, black activist William Matthews lodged his complaint against “Maryland, My Maryland” as a song that urged Marylanders to ally themselves with the Confederacy and against the interests of black Marylanders. Matthews was antislavery in his views, and also a proponent of citizenship for former slaves and their descendants. A native Baltimorean, Matthews was a member of the city’s black-led Gilbraith Lyceum. Over the course of his lifetime, he was appointed a federal postal clerk, graduated from Howard University Law School, prospered as a real estate agent, and advocated for civil rights and against lynching as a member of the so-called colored convention movement. 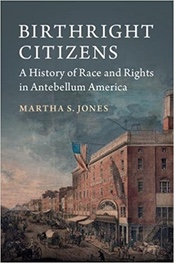 Matthews published his critique of “Maryland, My Maryland” in Baltimore’s first black newspaper, the Lyceum Observer, in 1863. He worked in a well-established tradition. African American print culture had long played an important role in the city’s politics since men like Hezekiah Grice and Charles Hackett circulated Freedom’s Journal, the nation’s first black newspaper, in the 1820s. Baltimore had nurtured the careers of antislavery journalists, including William Lloyd Garrison, through Benjamin Lundy’s Genius of Universal Emancipation. Black educator William Watkins had written about Baltimore’s political and cultural concerns as “A Colored Baltimorean” in the Genius of Universal Emancipation and the Liberator.

By 1863, Matthews was among those black activists transforming the city’s political culture. Never before had Baltimore been home to a publication controlled by black editors and written for a black readership. And with good reason. State law had long made it a crime to publish material that might incite rebellion among black Marylanders. But with the Civil War that was changing. Young men organized to publish a chronicle of black ideas and black activism.

“Maryland! My Maryland!” was the title of Matthews’s contribution to the Lyceum Observer’s first issue. Prominently situated on the paper’s first page, it was a biting rebuke to proslavery and pro-Confederate factions within the state. It was already understood to be a secessionist anthem, but Matthews had another idea. With his parody, he turned the very notion of Maryland on its head. By 1863, he urged, changes were under way and black Marylanders were fomenting them.

“Those men of color, who, in the consciousness of their manhood,” Matthews wrote, “have leaped from the dark recesses of ignorance, and with their hands wrote their names in unperishable [sic] letters of renown upon the apex of Fame’s rugged mount . . . those veterans who manfully stood at their post where the first of the enemy was hottest, have been Marylanders!” His list of notable black Marylanders was impressive. The state had been a crucible that formed many of the era’s best and most influential black thinkers. Among them were antislavery activist Frederick Douglass, minister Henry Highland Garnet, scientist Benjamin Banneker, minister William Douglass, and civil rights advocate William James Watkins. This pantheon, rather than the Confederate cause, best represented the state’s pride and its future.

We might tell the story of “Maryland, My Maryland” as the ascendancy of the 20th century’s rise of the Civil War’s Lost Cause myth. That seems correct given that the song was officially adopted by the state in 1939. In this sense, the tune is a companion to many of that era’s monuments that have littered the state. This is a story about the activism of some white Marylanders.

It is worth recalling, however, that the struggle over “Maryland, My Maryland” is an old one. It is a story about the state’s long history of black activism. There is nothing new-fangled about opposition to the song in 2018. Instead, as the legislature approaches excising “Maryland, My Maryland” from the state’s cultural pantheon, we are witnessing the culmination of a challenge begun by William Matthews more than 150 years ago. For that, it is never too late.