How We Got the Statue of Liberty

Suzy Evans is an attorney, author, and literary agent who holds a Ph.D. in history from UC Berkeley. Her books include "Machiavelli for Moms" (Simon & Schuster) and "Forgotten Crimes: the Holocaust and People with Disabilities." Find Suzy on Twitter @thehistorychef and at suzy@dijsktraagency.com 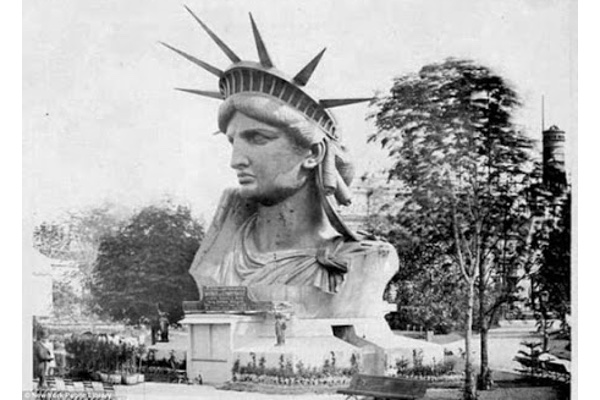 Although historians don’t typically play the game of What If, it's hard to know if the United States could have won independence from the British without the aid of the French. At critical times during the Revolutionary War, the French provided munitions, ships, money and men, and some Frenchmen, including the Marquis de Lafayette, became high-ranking officers in the Continental Army. It was, as one historian proclaimed, “an alliance of respect and friendship that the French would not forget.” According to historians at the American Park Network:

One hundred years later, in 1865, after the end of the American Civil War, several French intellectuals, who were opposed to the oppressive regime of Napoleon III, were at a small dinner party. They discussed their admiration for America's success in establishing a democratic government and abolishing slavery at the end of the civil war.

The dinner was hosted by Edouard Rene Lefebvre de Laboulaye...scholar, jurist, abolitionist and a leader of the "liberals," the political group dedicated to establishing a French republican government. During the evening, talk turned to the close historic ties and love of liberty the two nations shared...

As he continued speaking, reflecting on the centennial of American independence only 11 years in the future, Laboulaye commented, "Wouldn't it be wonderful if people in France gave the United States a great monument as a lasting memorial to independence and thereby showed that the French government was also dedicated to the idea of human liberty?"

Laboulaye's proposal intrigued one of his guests, Frédéric-Auguste Bartholdi, a successful 31-year old French sculptor. Years later, Bartholdi recalled that Laboulaye's idea "interested me so deeply that it remained fixed in my memory.’” And so was sown the seed of inspiration that would eventually become the Statue of Liberty!

Once conceived, Bartholdi set out to design and promote the statue. Work began in Paris in the winter of 1875, and, in 1876, "the right arm and torch, consisting of 21 copper pieces, were completed, assembled, dismantled, packed and shipped" to the Philadelphia International Centennial Exhibition, where it was assembled as a feature exhibit.

In 1880, work on the iron framework for the tower began in Paris, and, during the next three years, the" inner structure and outer skin" were slowly assembled, piece by piece, to the statute's full height of 151 feet. Finally, in June, 1884, the statue was completed and then dismantled, packed into 214 crates, and shipped to the United States in early 1885.

The official unveiling of the statue on October 28, 1886 was declared a public holiday, with leaders from both France and the United States in attendance and  President Grover Cleveland presiding over the event. After some introductory speeches, Cleveland addressed the cheering crowd, proclaiming that the statue's "stream of light shall pierce the darkness of ignorance and man's oppression until Liberty enlightens the world."

One hundred years later, on July 4, 1986, Americans threw "a special birthday party" for the Statue of Liberty. With a glorious sunset glowing in the background, President Reagan declared, "We are the keepers of the flame of liberty; we hold it high for the world to see." Later, Reagan pressed a button "that sent a laser beam across the water toward the statue. Slowly, dramatically, majestically, a light show unveiled Liberty and her new torch while spectacular fireworks exploded across the sky.”