Steven Attewell is the author of People Must Live By Work: Direct Job Creation in America, from FDR to Reagan(University of Pennsylvania Press, 2018). 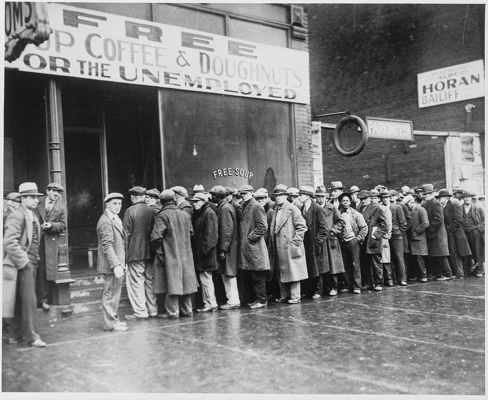 As Labor Day came and went last month, many no doubt gave thanks for the low unemployment rate. At the same time the Democratic Party Labor Day BBQ saw presidential candidates, elected officials and activists touting proposals for a job guarantee to ensure full employment. Why bother if the population out of work is at historic lows? 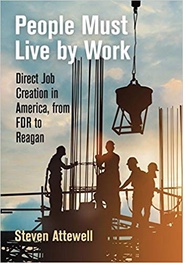 Part of the answer is that unemployment isn’t fueling the wage gains that it used to. Another reason for the job focus is that progressives want to be prepared for the next recession, so that we don’t have to wait years and years for a full recovery as we had to do in the wake of the Great Recession. Finally, progressives want some way to appeal to working class white voters who voted for Trump without throwing people of color under the bus by adopting anti-immigrant policies.

Whatever the motivation, this sudden flood of proposals for job guarantees has provoked a lively discussion on their merits, specifically on the feasibility and wisdom of involving the federal government as an employer. For many, this is a novel idea (whether it provokes skepticism or enthusiasm). It’s not unlike the debate over “single payer” health insurance: can we give the responsibility to the federal government and be confident it can achieve the aim?

Direct job creation programs that began during the New Deal offer a model answer. More than eighty years ago, when the federal government was a fraction of its current size and income, and when the most advanced administrative technology available was the carbon copy and the rotary phone, the Civil Works Administration put 4.26 million people to work in under three months.

Direct job creation emerged from the cauldron of mass unemployment, not simply as an emergency response to the Great Depression, but as the New Deal’s signature economic policy. Roosevelt’s Committee on Economic Security, which also designed the Social Security system, envisioned direct job creation covering the other half of the American population not initially eligible for Old Age or Unemployment Insurance. Over the course of three presidential terms, more than 5 percent of the American workforce was employed directly by a host of New Deal programs. Planners from no fewer than four agencies envisioned establishing permanent direct job creation systems to help American veterans returning from WWII.

However, direct job creation was abandoned after WWII, leaving a gaping hole in the American safety net. Some might imagine this was the result of conservative rollbacks of the New Deal order. This was not the case. Key decisions to sideline direct job creation were taken by liberals in 1945-6 during the drafting of the Employment Act, in 1964 during the first task force meetings that determined the scope of the War on Poverty, and in 1978 when Congress and the Carter Administration quarreled over the Humphrey-Hawkins Act. Without direct job creation programs, liberals had no way to shield their voters from the 1980 recession, significantly contributing to the phenomenon of “Reagan Democrats,” who cost liberals the White House for a generation.

So when we see Democrats debating the merits of a job guarantee, we should remember that we know what happened when the naysayers won the argument last time; when people loudly doubted whether the federal government could put the unemployed to work. Above all, we should remember that we know how to get this job done because we already did it and in a period when unemployment was at catastrophic levels. And when this problem resurfaces, we need to be there with a tested solution: direct federal job creation.