Elliott Gorn teaches history at Loyola University Chicago. He is author of Let the People See: The Story of Emmett Till. 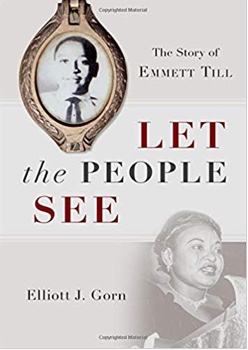 While visiting family in Mississippi in 1955, Emmett Till allegedly whistled at a white woman. The fourteen-year-old boy from Chicago was beaten and murdered by her husband, brother-in-law, and several others. The story made headlines in the U.S. and around the world, especially after the killers were found “not guilty” by an all-white jury, then confessed to their crime in Look magazine in exchange for a few thousand dollars. The FBI announced last July that it would reopen the Emmett Till case.

The following is purely imaginary:

Longtime South Side resident Emmett Till died peacefully in his sleep last week. He was 77 years old, according to his cousin and childhood friend Wheeler Parker.

The Till family came to Illinois from the Mississippi Delta in the 1920s. Many of their kin remained in the South, but opportunity and the chance to escape Jim Crow segregation drove the others north. The Till’s were early founders of the Church of God in Christ in both Illinois and Mississippi.

Emmett Till was born in Cook County Hospital, July 25, 1941, grew up in Argo, Illinois, and moved to Chicago when he was eleven years old. He was raised by his mother Mamie Till Mobley, who also grew up in Argo. Mrs. Till-Mobley worked as an administrative assistant then as a teacher, helping to educate a generation of South Side children. Emmett’s father, Louis Till, died overseas during World War II.

A veteran of the Chicago Fire Department, Emmett Till used to tell his friends that all he wanted to be when he grew up was a Chicago fireman. He rose to the rank of Battalion Chief before retiring in 1995.

Till became interested in air travel when his mother worked at the Coffey Flight School on Chicago’s South Side, where many of the renowned Tuskegee Airmen trained. Till joined the Air Force after high school, served in the early years of the Vietnam conflict, then flew as a commercial pilot until he retired in 1993.

Till loved to tell stories, and got his start in journalism writing for his high school newspaper. He enrolled at the Chicago Circle campus, finished his bachelor’s degree in English there, then took a Masters in Journalism at Northwestern’s Medill School. He worked on the metropolitan desk, first for the Sun Times, then for the Tribune, before retiring in 1998.

Aside from work, Till was a family man. His wife Elizabeth pre-deceased him by ten years, but he enjoyed nothing more than gathering his grandchildren and regaling them with stories from his own boyhood, especially stories about how he, the city-slicker, would go down to Mississippi to be with his cousins and about the great times they had, but also their narrow escapes.

Emmett Till had no brothers or sisters, but he was surrounded by family when he passed away at Rush University Medical Center. At his side were his sons Wheeler and Simeon, his daughters Mamie and Alma, and their seven children.

Services will be held next Tuesday at the Church of God in Christ on State and 40th Streets.

But of course, that’s not how it happened.