Sure, the Economy’s Great Right Now, but that Doesn’t Mean Trump Deserves the Credit 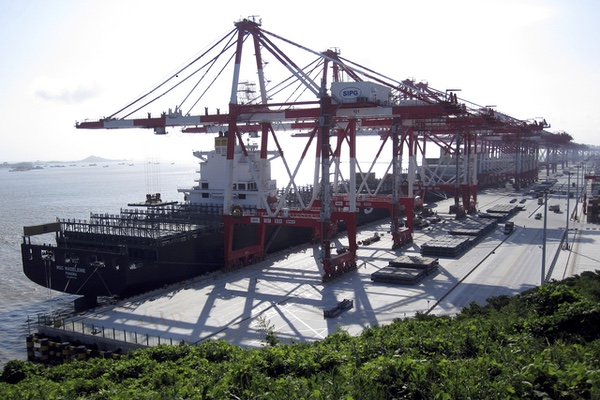 Container cranes at Shipping Port - By Marqueed at English Wikipedia, CC BY 3.0

“The stock market is at an all-time high,” President Donald Trump boasted early in in October 2018. Since then, stocks have been swinging up and down radically. Does market volatility indicate America’s economic condition is less secure than Trump claimed? Are troubles emerging because of tariff wars, budget deficits, and financial deregulation? Perhaps, but usually it takes four or five years for the effects of flawed policy-making to become broadly evident. The Trump administration has been governing for less than two years.

Economic slides have complex causes, of course. Not every crisis is fully attributable to decisions by presidents and legislators. Evidence from recent American history suggests, however, that political leadership can make a difference. Controversial decisions made in Washington over the past two years resemble flawed judgments that led to trouble in the past.

President Trump has been talking aggressively about raising tariffs to strike better deals for American manufacturers. He claims trade wars are easily won. Many economists disagree. They recall that the United States and other countries favored high tariffs before and during the Great Depression. Short-sighted economic nationalism hurt international business and slowed recovery from the Depression. After World War II, twenty-three countries worked out a General Agreement on Tariffs and Trade (GATT) to reduce trade barriers. That agreement and others fostered economic progress and peace for seventy years.

The huge tax cut, promoted by President Trump and eagerly backed by a Republican-dominated Congress, is another threat to long-term prosperity. That legislation, affecting individuals and corporations, provided a “sugar-high.” It stimulated an already sweet economy. Republicans claimed the $1.5 trillion tax cut would “pay for itself” through increased revenues. But U.S. debt is expected to grow by $779 billion in 2018 and continue expanding. Some politicians want the bottom 90% of America’s population to help the government deal with problems exacerbated by a tax law that delivered disproportionate benefits to the top 10%. Senate Majority Leader, Mitch McConnell said cuts in Social Security, Medicare, and Medicaid may be necessary in view of the budget shortfall.

When President Ronald Reagan pressed for huge tax reductions in the early 1980s, his supporters claimed the cuts would stimulate the economy and pay for themselves. Reagan’s Director of the Office of Management and Budget, David Stockman, was not convinced. He admitted the tax cuts would create large deficits. Reagan’s successor, President George H. W. Bush, had to deal with the mess. Bush had promised “No new taxes” in a campaign speech. With debt spiraling out of control, Bush, as president, courageously backed new taxes.

President Trump and Republicans in Congress promoted an aggressive program of deregulation. They loosened rules for financial institutions that aimed to check excessive risk. The Dodd-Frank banking regulations passed after the Great Recession have been weakened and reforms established by the Consumer Financial Protection Bureau have been undermined. Corporate leaders and industry lobbyists now head regulatory agencies. Foxes are managing the hen houses. The current situation has a spooky resemblance to earlier practices that contributed to breakdowns.

In the early 1980s President Ronald Reagan and members of Congress called for extensive relaxation of rules affecting savings and loan institutions. Both Democrats and Republicans supported the changes. Reagan cheered the legislation, saying, “We have hit the jackpot” and “hit a home run.” Unfortunately, scandals broke after passage of the Garn–St. Germain Depository Institutions Act of 1982. Investors with spotty pasts, including some with criminal records, became owners and bosses at S&Ls. In the late 1980s, numerous savings and loan institutions failed. Rescue programs cost taxpayers $132 billion, according to the General Accounting Office.

Misguided decision-making by President Trump and the Congress may affect economic downturns in the future, but many Americans are not looking ahead. They are focused on the present and have a cheery outlook. Recent surveys released by the National Retail Association, Survey-Monkey and the University of Michigan show that consumer confidence is near post-recession highs. Positive judgments are influenced by strong employment data and an uptick in wages. Booming sales on Black Friday and Cyber Monday reflected optimism.

Presently, the economic weather looks good. It is difficult for citizens to believe economists’ warnings about potential storms ahead. In a few years, however, the negative impact of controversial decisions regarding tariffs, the debt, and deregulation could alter the situation. Misguided policies may produce a tempest.