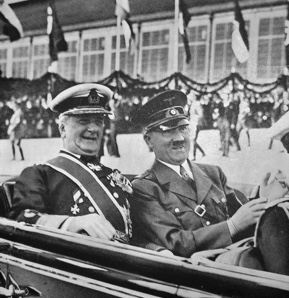 Prime Minister Viktor Orbán declares repeatedly that in Hungary there is zero tolerance for antisemitism. A recent opinion research poll among Jews in Hungary shows that they feel less threatened physically or verbally but that antisemitism has become stronger since the last research in 1999.

Why do Jews feel this way, despite Hungary’s good relations with Israel? Because they know that the government propaganda against George Soros, even without mentioning his Jewish origin, is antisemitic. The same goes for the attempts of Orbán and his close friends to rewrite Hungarian history. Orbán was the most ardent supporter of erecting a statue to honor the antisemitic Bálint Hóman, minister of education during the Horthy period, later a supporter of the Hungarian Nazi Arrow Cross Party. Orbán has also praised Regent Miklós Horthy as “a great statesman.” Horthy was partly responsible for the deportation of almost half a million Hungarian citizens to Auschwitz-Birkenau.

However, this is trivial compared to the efforts of Sándor Lezsák, Fidesz Vice-President of the Hungarian Parliament, to rehabilitate the antisemitic thief and murderer Iván Héjjas (1890-1950), the leader of a counterrevolutionary terrorist unit, who was responsible for the robbery and murder of several hundred Jews. On September 19 the revisionist “historian” László Domonkos presented his book in Kecskemét, “In the Shadow of the Héjjas-Poplar.” In this publication, he claimed that during the Councils Republic, the Hungarian army was dissolved and the special group led by Iván Héjjas was the only and last organized unit, which fought “according to regulation in the interest of the homeland.” At this presentation, Lezsák paid tribute to the book and claimed: “History is always written by the victors. Moreover, the victors have always incited character assassins and paid for them. The ruling victors determine which persons are not fit to be heroes.”

The counterrevolutionary government appointed Iván Héjjas a first lieutenant, in the summer of 1919 to organize a military unit in Kecskemét and vicinity. In mid-November, when the country was still under Romanian occupation, Héjjas wanted to punish communists and Jews (he could not differentiate between the two). He commenced in Kecskemét and its vicinity with his actions.

Professor Béla Bodó (University of Missouri) described the horrible crimes of Héjjas and his group. Héjjas and his men were sadistic brutes, who after finishing robbing, torturing and murdering scores of victims moved on to Budapest, where they continued “to raid Jewish businesses and private homes,… taking everything from cars, motorcycles, gasoline, hard currency, jewelry, coffee, sugar and cigarettes.” This is the man the government’s semi-official paper “Magyar Idök” is portraying as the savior of the country. György Pilhál wrote an opinion piece under the title: “We need a bogeyman!” He accuses the historians of the Kádár period of falsifying the History of the White terror, and vilifying the names of the “patriots” who fought against the “ignominy of Trianon.”

The White Terror in Hungary (1919 – 1921) cost the lives of about 3,000 people. Perhaps half of these victims were Jews. About 70,000 people (mainly labor leaders and political activists, but also bystanders whom their jealous neighbors and colleagues denounced) were taken prisoner. They spent months and, in many cases, years in overcrowded jails and poorly constructed internment camps, where sadistic prison guards often brutalized them. At least 100,000 people, including some of Hungary’s best minds, went into exile to escape arrest and seek a better life in the democratic West or the Soviet Union. Until recently, only right wing extremists and Neo-Nazis tried to rehabilitate the perpetrators. Now this has become part and parcel of the government propaganda, which presents alleged threats of (Jewish) internationalism, cosmopolitanism, and liberalism to the national integrity of the state and nation of Hungary. In a few months, it will be 100 years since the beginning of the White Terror. The post-communist Mafia State of Prime Minister Orbán has already started to whitewash the “patriotic” gangs of perpetrators of horrendous crimes.