Lots of People Won New Rights in the 1960s, but Not College Women Athletes

John Thelin is author of Going to College in the Sixties, published by the Johns Hopkins University Press in November, from which this article is drawn. He is a Professor of Higher Education & Public Policy at the University of Kentucky. 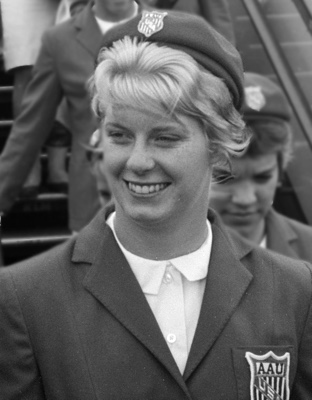 Today the #MeToo movement puts the spotlight on young women in college who have been abused without much recourse. Most media attention exposes flagrant violations by men in date rape on campus. It extends to gender harassment by executives in the work place. Looking back to the 1960s, however, another pervasive abuse included benign neglect by colleges and universities. Women as students were treated inequitably in campus activities, especially in intercollegiate sports. Graphic examples can help us remember and learn from past practices. 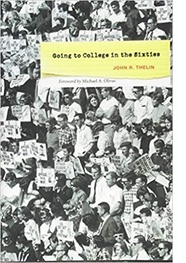 Between August 26th and September 11th in 1960 Chris von Saltza stood on the victory podium at the Olympic Games in Rome four times to receive swimming medals, a total of three gold and one silver. She then entered Stanford University and graduated in 1965 with a bachelor’s degree in Asian history, gaining prominence in her long career as a computer scientist. After the 1960 Olympics Chris never had an opportunity to swim competitively for a team again. Stanford, after all, did not offer varsity athletics teams for women. What was a young woman to do? There was no appeal. For better or worse, this was the way things were in American colleges back then.

In contrast to Chris von Saltza’s experience, over a half-century later another high school senior, American swimmer Katie Ledecky, won five medals at the 2016 Olympics held in Rio de Janeiro. She, too, was about to graduate from high school and would enroll at Stanford as a freshman in the fall of 2016. The historic difference was that she had a full athletic grant-in-aid plus a year-round national and international schedule of training and competition along with prospects for substantial income from endorsements and a professional athletics career.

In 2018 there are pinnacles of success that indicate changes since the 1960s. Katie Ledecky has excelled as a student and works as a research assistant for a Stanford psychology professor. Ms. Ledecky also led her Stanford women’s swimming team to two National Collegiate Athletic Championships and recently signed a $7 million professional swimming contract.

Connecting the dots to explain the comparisons and contrasts of these two Olympic champion women swimmers who were students at Stanford requires reconstruction of the condition of college sports for students in the decade 1960 to 1969 The profile of Stanford‘s Chris von Saltza’s lack of collegiate opportunities was not an isolated incident. Following World War II American women had triumphed in the Olympic Games every four years - but with little base provided by high school or college sports.

At the 1964 Olympic Games in Tokyo, the women’s swimming star was Donna DeVarona, who won two gold medals. In 1964, she was featured on the covers of both Time and Life magazines and named the outstanding women athlete of the year. Despite her achievements, her competitive swimming career was over, as she and other women athletes had few if any options for formal training and participation in intercollegiate sports or elsewhere.

Young women from the U. S. won gold medals in numerous Olympic sports. A good example was Wilma Rudolph, who won three gold medals in track and field at the 1960 Olympics in Rome. Rudolph benefitted from one of the few college track and field programs for women in the U. S., coached by Ed Temple. Most of their competition was at Amateur Athletic Union (AAU) meets, with no conference or national college championship meets available. Furthermore, at historically black Tennessee State University, funding and facilities were lean.

The limits on women’s sports are revealed in college yearbooks of the era. A coeducational university campus yearbook devoted about fifty pages to men’s sports, especially football and basketball. In contrast, women’s athletics typically received three pages of coverage. In team pictures, the uniforms often were those of gym class gear. The playing format was for one college to sponsor a “play day” in which five to ten colleges within driving distance gathered to sponsor tournaments in several sports at once. Softball, field hockey, basketball, and lacrosse were foremost.

Coaches, usually women, usually received minimal pay. Most held staff appointments, in physical education where they taught activity classes. The women’s gym had few, if any, bleachers for spectators. Coaches of the women’s teams usually lined the playing fields with chalk, mopped and swept up the gymnasium floors, and gathered soiled towels to send to the laundry. One indispensable piece of equipment for a woman coach was a station wagon, as players and coaches piled in with equipment to drive to nearby colleges for games and tournaments. The women’s athletic activities often had their own director – yet another example of “separate but unequal” in intercollegiate athletics and all student activities. There was a perverse equality of sorts. All women students were required to pay the same mandatory athletics fee as male students, even though the bulk of it went to subsidize varsity teams that excluded women.

One heroic figure associated with women’s sports to emerge in the decade was Donna Lopiano, who graduated with a degree in physical education from Southern Connecticut State University in 1968. She excelled in sports as a girl and was the top player picked in the Stamford, Connecticut Little League local draft. However, she was forbidden to play baseball with the boys due to by-law language’s gender restrictions. Lopiano started playing women’s softball at the age of sixteen. After college, she was an assistant athletics director at Brooklyn College, coached basketball, volleyball, and softball, and then took on leadership roles in national women’s sports associations. Eventually she was Director of Women’s Athletics at the University of Texas along with appointments in sports policies and programs. She also was one of the most honored athletes of her era. Her experiences, including exclusion from teams, shaped her dynamic leadership over several decades.

The bittersweet experiences of women athletes such as Donna Lopiano, Chris von Saltza, Wilma Rudolph, and Donna DeVarona show that although the 1960s has been celebrated as a period of concern for equity and social justice, colleges showed scant concern for women as student-athletes. One conventional analysis is that in 1972 the passage of Title IX would usher in a new era for women and scholastic and college sports. That was an unexpected development. In congressional deliberations around 1970, neither advocates nor opponents of Title IX mentioned college sports. All sides were surprised when the issue surfaced in 1972. The National Collegiate Athletic Association opposed inclusion of women’s sports -- until it made an unexpected reversal in 1978. Many colleges were slow to comply with the letter or spirit of Title IX. As late as 1997 the burden was on women as student-athletes to file lawsuits against their own colleges, pitting them against athletics directors, presidents, boards, and university legal counsel.

Title IX eventually demonstrated how federal legislation could prompt universities to provide programs and services accessible to women that they would not have provided if left to their own volition. It has required contentious oversight of resources for student athlete financial aid, training facilities, coaching salaries and other parts of a competitive athletics team. It includes television coverage of women’s championships in numerous sports. Equity and opportunity across all college activities, ranging from sports to fields of study along with hiring and promotion, remain uneven. The caution is that the experience of a Katie Ledecky at Stanford, including her professional swimming contract is exceptional. Sixty years after Chris von Saltza won her four Olympic medals and entered Stanford, inclusion of women as full citizens in the American campus is still an unfinished work in progress.