Taylor McNeilly is a Reference and Processing Archivist at the University of Richmond. 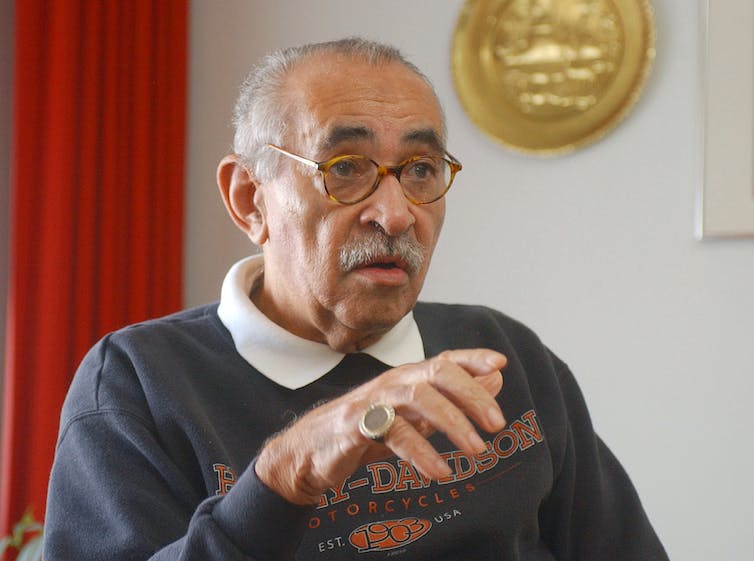 Much of the civil rights movement is remembered through the leadership of Martin Luther King Jr. There were a number of people who also made valuable contributions but aren’t known as well.

Among them was Rev. Wyatt Tee Walker – hailed as “one of the keenest minds of the nonviolent revolution” by none less than King himself.

Walker worked closely with King and was the chief strategist for the 1963 Birmingham campaign, which turned out to be one the most influential moments for the civil rights struggle.

Born in 1929 in Brockton, Massachusetts, Walker attended Virginia Union University, where he earned a bachelor’s degree in chemistry and physics. He later went on to do graduate studies in theology at the university, setting him on his future path as a minister.

He met King at an interseminary group in 1952, an organization that planned meetings between students of various seminaries. At the time, King was president of the student body of Crozer Theological Seminary in Pennsylvania. They soon became personal friends.

This friendship lasted until King’s assassination in 1968. It would inform much of the crucial civil rights work that the two would do together.

While working as a minister at Gillfield Baptist Church in Petersburg, Virginia in the 1950s, Walker began organizing large-scale civil rights protests. King assisted Walker in some of this work, including sending recorded remarks of support for a demonstration in Richmond in 1959 protesting Virginia’s decision to shut down schools rather than integrate them.

Walker was also involved in several civil rights groups, including the Southern Christian Leadership Conference, which was founded by King and other civil rights leaders. In 1960, Walker took charge as the first full-time executive director of the conference – a position from which he would oversee some of the most important moments of the civil rights movement, including one of the most significant campaigns – Project C, or Project Confrontation. 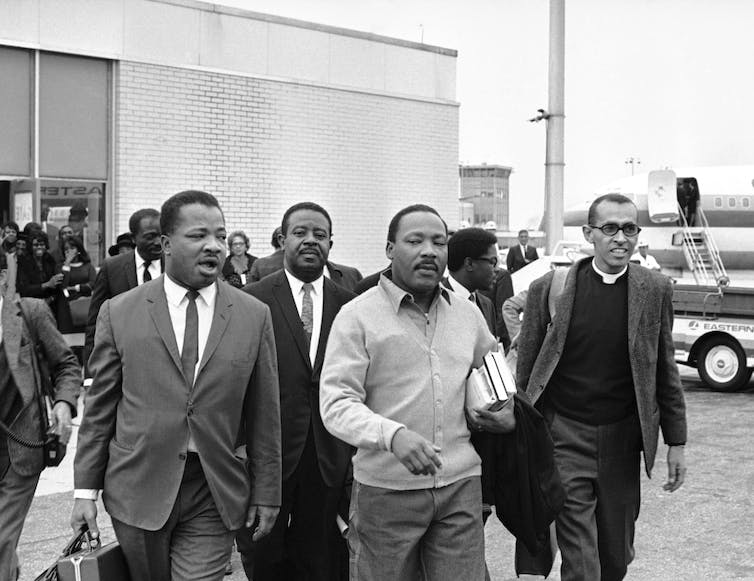 King with civil rights leaders, including Rev. Walker (on his left). AP Photo

Popularly known as the Birmingham campaign, Project Confrontation was a series of coordinated boycotts and demonstrations supporting the ongoing efforts against segregation in the city. Demonstrations included marches, sit-ins, and kneel-ins in white churches by black protesters.

Wyatt Tee Walker recruits volunteers for Project Confrontation at a Birmingham mass meeting on April 12, 1963. This audio was made available courtesy of the Dr. and Mrs. Wyatt Tee Walker Collection, Boatwright Library Rare Books and Special Collections, University of Richmond.

Walker and the Letter from Birmingham Jail

What Project Confrontation is perhaps best remembered for is the Letter from Birmingham Jail, an open letter authored by King while jailed in Birmingham due to his participation in the protests.

The letter was written in response to a public statement by a group of eight ministers criticizing the Birmingham campaign. These ministers believed that the direct action of boycotts and demonstrations were too disruptive to daily life and should be stopped in favor of peaceful negotiations.

Handwritten on the few scraps of paper that King was allowed in his cell, the letter was smuggled out piecemeal by his lawyers.

Walker claims in a 2016 oral history, conducted by the University of Richmond where I am the reference and processing archivist, that this role fell to him because he was “the only one in Birmingham who could understand and translate King’s chicken-scratch writing.”

Walker also claimed credit for the title, turning down the Friends Committee’s suggestion of “Tears of Love.”

Walker’s role in Birmingham was not limited to guiding one of the most famous pieces of 20th-century writing to publication.

In fact, Project Confrontation was designed and organized by Walker.

“Dr. King gave me the assignment to go to Birmingham and plan it out. And that ended up becoming Project C,” Walker states in the same 2016 oral history.

Explaining his strategy, he says, “I knew that two things would move Birmingham: Mess with the money and make it inconvenient for the white community. That was the way to make change come.”

The demonstrations were specifically timed to make it onto the evening news, creating national attention for what had been considered a regional concern. Walker’s work included everything from high level strategy, such as the timing of demonstrations, to the detailed work of counting seats in restaurants and churches to coordinate the sit-ins and kneel-ins.

Project “C” went on to be a major success for the Southern Christian Leadership Conference. The methods and strategies became a template for future campaigns.

As Walker states, “the Birmingham campaign led to the 1964 Public Accommodations Act, which desegregated America.”

Birmingham showed that nonviolent, direction action focused on disrupting the economy and doing things that were “inconvenient” for the white community could generate positive results.

Wyatt Tee Walker had a key role to play in this change.