Lessons from Studying Corporate History and the Case of IBM

James W. Cortada is Senior Research Fellow at the Charles Babbage Institute at the University of Minnesota and the author of IBM: The Rise and Fall and Reinvention of an Icon (The MIT Press) and other books. He worked at IBM for thirty-eight years in sales, consulting, managerial, and research positions. 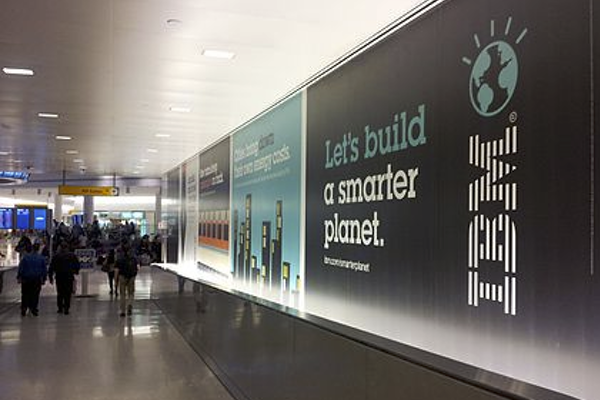 There are usually three audiences for a long-lived corporation’s history: industry analysts trying to figure out if the firm will die off soon (and if clients should sell off stock); senior business management studying how to keep their companies successful for years, if not decades; and business and economic historians.  The first two constituencies often turn quietly to historians for these lessons. For example, Harvard’s business historian Alfred D. Chandler, Jr. was a welcome guest in classrooms and boardrooms and  Louis Galambos and Geoffrey Jones are followed by many businesses. All three historians spent decades studying the role of large multinational corporations.

IBM fits into that galaxy of firms; the body of literature about it generated by historians, economists, journalists, employees, and industry experts over the last half century is extensive. For nearly a century, other multinational companies looked to see what IBM was doing and drew lessons from its experience.  It is no accident, therefore that when I wrote IBM: The Rise and Fall and Reinvention of a Global Icon that I emphasized IBM as an icon. My study of the company’s 130 year historyisthe first such comprehensive book to appear in over 15 years and the first to be written by an historian since Robert Sobel did so in 1981.

Looking at IBM through the lens of a large information ecosystem highlighted two findings.  First, by the end of the 1920s and continuing until the late 1980s, if one wanted to understand how to use data processing—IT in today’s language—they turned to IBM and its many thousands of experts, user communities, and industry associations that it populated, often dominated with its own perspectives.  That practice put IBM in the middle of much of what happened with computing in all societies for most of the twentieth century and facilitated its success and growth.  Second, that ecosystem’s existence led to the realization that IBM was less of a monolithic institution, which both it and its historians had long touted and accepted.

I argue that IBM was a collection of different factions (think product lines and divisions) that collaborated, competed with each other, and that shared a common culture.  It proved useful to think of IBM much the way one would about a midsized American city of several hundred thousand people.  Their mayor (the CEO at IBM) had to deal with factions and neighborhoods scattered across scores of countries, persuading them to do his bidding, while employees worked to succeed within the economies of so many countries.  That perspective is applicable to such other enterprises as GM, Ford, Phillips, Shell, and Exxon/Mobile.  All have long histories, multiple product lines, and subgroups competing for resources. 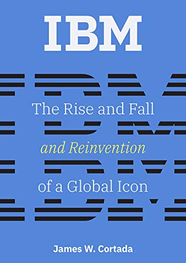 If IBM is a city that shares a common language (in this case English) and set of clearly articulated and accepted values (corporate culture) in the middle of an information ecosystem, a new perspective of IBM and other firms emerges.  The story becomes more complicated, of course, as we move from simple discussions of organization and strategy to the more sociological views advocated by business historians over the past three decades.  But it also allows us to explore old themes in new ways, such as Chandler’s fixation on unified strategies now explained as evolving dynamic strategic intents, or Philip Scranton’s advocacy of looking at innovation and structures in smaller units.  Pro- and anti-Chandlerian views that dominated much of business historiography over the past 15 years become less relevant.

The history of IBM exposes the emerging notion that information ecosystems and their underlying information infrastructures leads to useful methods for studying such large organizations at both macro and micro levels, from grand strategy of “The Corporation,” to how a sales office or factory worked, linking together the experiences of both types of history that reflected the realities memoirists described.  In IBM’s case, we have the benefit of several dozen memoirs, a well-stocked corporate archive, and a nearly vast literature on the daily affairs of the company to support research.  When viewed through the lens of ecosystems and infrastructures, we see a new IBM.

Briefly summed, IBM was in constant churn for 130 years, always challenged by technological complexities, effective and dangerous competitors, antitrust litigation that followed its waves of success three times, rivalries among executives promoting their personal careers, customers dependent on IBM, others that wanted new products or solutions to problems, and always, the angst of possibly going out of business, as was feared in the 1910s, early 1920s, during the Great Depression of the 1930s, in the early 1990s, and that periodically an analyst hints at today.  But it did not go out of business.  No longer can one view IBM just as a slick, monolithic, well run operation.  It had feet of clay, like other large organizations.

Why did IBM succeed?  IBM developed a corporate culture aligned with what business it was in—the processing of data—and tuned it to meet the realities of every era.  Second, because of the technological churn that was always its reality, it was constantly willing to retire old products and bring in new ones, to replace old employee skills with new ones, and to alter long-standing operational practices into new ones.  Each represented painful transformations that put business prospects at risk, cost some employees their careers while opening up opportunities for others, and always against the background of growing customer dependencies on the use of data processing from punch card tabulating equipment through computers then PCs then to the Internet and now to ubiquitous computing appearing in all corners of modern life.

For many decades what happened at IBM mirrored events in scores of other similar enterprises and with so many now appearing around the world its experiences have much to teach each audience. Nowhere does this seem so urgently true than for such firms as Amazon, Google, Facebook, Microsoft, and Apple. It is no accident that the last two firms have formed various business relations with IBM, Microsoft since the early 1980s and Apple in the last decade.