Daniel Joslyn-Siemiatkoski is a Professor of Church History at the Seminary of the Southwest. 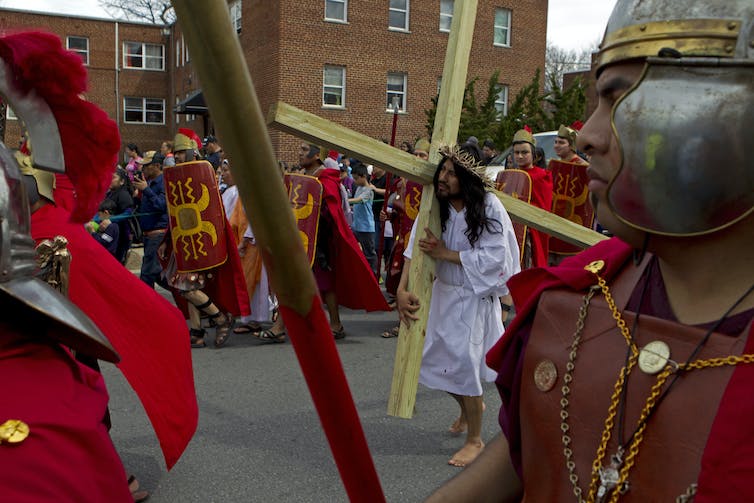 Daniel Joslyn-Siemiatkoski, Seminary of the Southwest

As Christians observe Good Friday they will remember, with devotion and prayer, the death of Jesus on the Cross. It is a day of solemnity in which Christians give thanks for their salvation made possible by the suffering of Jesus. They prepare for rejoicing on Easter Sunday, when the resurrection of Jesus is celebrated.

In the Middle Ages, however, Good Friday was a dangerous time for Jews.

Good Friday in the Middle Ages

As a scholar of Jewish-Christian relations, I teach a course called “Undoing Anti-Judaism” at my seminary with a local rabbi. What I have found is that since at least the fourth century, Christians have traditionally read the Gospel of John’s version of the trial and death of Jesus during Good Friday services. This gospel persistently uses the phrase “the Jews” to describe those who conspired to kill Jesus.

This language shifted the blame for the death of Jesus in medieval Christianity from Roman authorities to the Jewish people as a whole.

During the medieval Good Friday service, Christians prayed for the “perfidious” – or deceitful – Jews that God might “remove the veil from their hearts so that they would know Jesus Christ.” In another part of the service, a crucifix was placed in front of the congregation so people could venerate the crucified body of Jesus.

During this time, a chant known as “the Reproaches” was sung. In this piece, the voice of God accused the Jewish people of faithlessness in rejecting Jesus as their Messiah and crucifying him instead.

Medieval Christians thus received the message on Good Friday that the Jews who lived in their midst were the enemies of Christians who killed their savior and needed to either convert to Christianity or face divine punishment.

This language about Jews in the medieval Good Friday liturgy often carried over into physical violence toward local Jewish communities.

It was common for Jewish houses to be attacked with stones. Often these attacks were led by the clergy. David Nirenberg, a scholar of medieval Jewish-Christian relations, argues that this violence reenacted the violence of Jesus’ suffering and death.

Another scholar of this history, Lester Little, argues that the attack on the Jewish community was meant to be a revenge for the death of Jesus and a ritual act that reinforced the boundary between Jews and Christians.

Local clergy who encouraged and participated in the violence against Jews were in violation of the rules of their own church. Church law sought to protect Jews and required them to stay inside on Good Friday. Historically, the western church took responsibility for the safeguarding of Jewish communities because they viewed Jews as preservers of the Old Testament, and thus of the prophecies concerning Jesus. Official positions were, however, often ignored locally as many Christians sought to assert their power over the Jewish community.

Civil authorities protected Jews by setting up armed guards and not permitting Christians under 16 years to throw stones. But this could not always prevent bloodshed and violence.

What changed after World War II

Although violence against Jews on Good Friday receded after the medieval period, the language about Jews in the Good Friday service did not go away until the 20th century. After the Holocaust, Christian churches realized that their own teachings and practices had contributed to the Nazi genocide against the Jewish people.

The Second Vatican Council was a turning point in Roman Catholicism. This was a gathering of all bishops in the church that met from 1962 to 1965 and set a new direction for how the church would engage with the modern world. 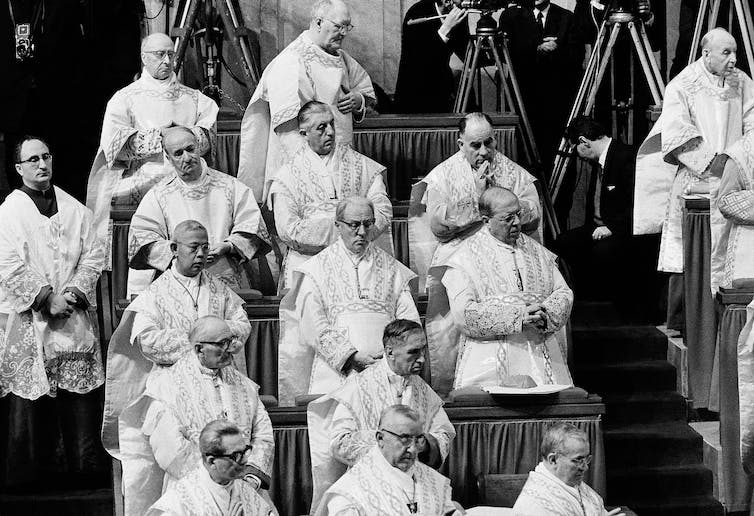 During the council, the Roman Catholic Church issued a decree on relations with non-Christians called “Nostra Aetate.”

This document affirmed that the church emerged from the Jewish people and declared that Jews should not be held responsible for the death of Jesus. Furthermore, Nostra Aetate stated that it “decries hatred, persecutions, displays of anti-Semitism, directed against Jews at any time and by anyone.”

As a result of this decree, the Roman Catholic Church began a concerted effort that continues to this day to improve relations with the Jewish people and engage in extended dialogues.

Although some churches still use the Reproaches during Good Friday services, it is less common, and the negative language about Jews often has been removed. Among Roman Catholics, a revised prayer for the conversion of the Jews is still permitted, though only in the Latin version of the liturgy. This version of liturgy is only used by a minority of Catholics.

The most common version of the Good Friday service used by Roman Catholics now has a new prayer that recognizes the Jewish people’s relationship with God that replaces the prayer for the conversion of Jews.

Around the same time after the Holocaust, many Protestant churches in Europe and North America also worked to revise their Holy Week services so that anti-Jewish language and actions were avoided.

The work that remains

However, there is still some work to be done on the worship services of Holy Week, including in my tradition of the Episcopal Church.

In my church, the Gospel of John remains the only authorized passion narrative for the Good Friday service. While the reading of the Gospel of John does not explicitly encourage violence against Jews, retaining this reading as the only option for Good Friday, I believe, might show an unwillingness by the institutional church to confront the history of its use.

I want to emphasize that the Episcopal Church has elsewhere encouraged reconciliation and dialogue with Jews in the United States. Similarly, Christians of other denominations too have demonstrated time and again how they stand against acts of violence against Jews. 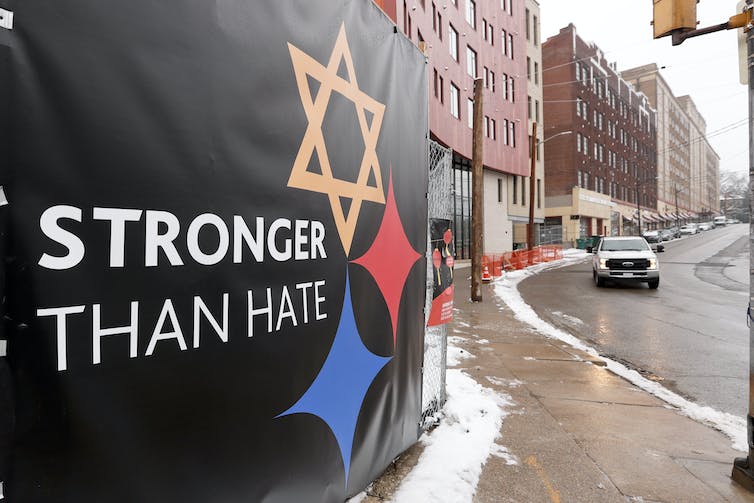 Communities came together after the shooting at Tree of Life Synagogue in Pittsburgh. AP Photo/Keith Srakocic

In October 2018, Christians across the country gathered in the synagogues of their Jewish neighbors to mourn with them in the wake of the shooting at the Tree of Life Synagogue in Pittsburgh.

But more work needs to address wherever the legacy of hostility against Jews remains embedded in Christian scriptures and liturgies.

Daniel Joslyn-Siemiatkoski, Professor of Church History, Seminary of the Southwest