Karin Wulf on Why History Hashtags on Twitter are Inherently Inclusive 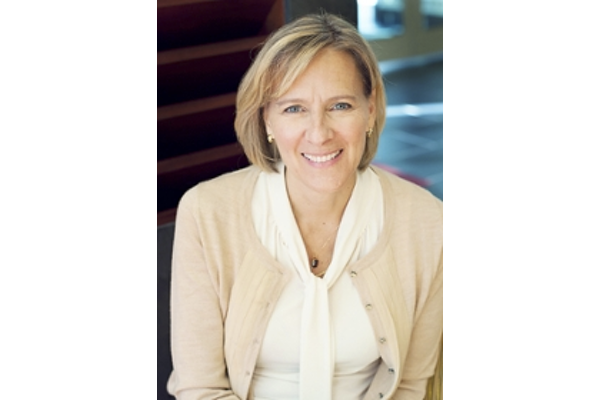 Karin A. Wulf is an American historian and the executive director of the Omohundro Institute of Early American History and Culture at the College of William & Mary. Wulf began her tenure as the Director of the Omohundro Institute on July 1, 2013. She is also one of the founders of Women Also Know History, a searchable website database of women historians. Additionally, Wulf worked to spearhead a neurodiversity working group at William & Mary in 2011. She is currently writing a book about genealogy and political culture in Early America titled, Lineage: Genealogy and the Politics of Connection in British America, 1680-1820. Her work examines the history of women, gender, and the family in Early America.

What are you currently reading?

I’m never reading just one, and I suspect that’s a regular phenomenon among historians!  The new books on my desk right now, with bookmarks stuck in, marginalia and notes accumulating, include Stephanie Rogers-Jones, They Were Her Property:  White Women as Slave Owners in the American South (Yale UP, 2019) and Mary Thompson’s The Only Unavoidable Subject of Regret: George Washington, Slavery, and the Enslaved Community at Mount Vernon (UVA Press, 2019) for research; Kathleen Fitzpatrick’s Generous Thinking:  A Radical Approach to Saving the University (JHU Press, 2019) for academic culture; Jesse Cromwell, The Smuggler’s World:  Illicit Trade and Atlantic Communities in Eighteenth-Century Venezuela for teaching and because it's new from OIEAHC (& UNC Press, 2019).

What is your favorite book, or which book has had the greatest impact on you?

A book that I return to often, for teaching, thinking, writing, is Michel-Rolph-Trouillot’s Silencing the Past:  Power and the Production of History (1995).  This work foreshadowed and complements a lot of more recent work on archival absences and the power of archival constitution, including from Marisa Fuentes and Ann Laura Stoler.  It’s so profound, and I never fail to learn something new, or to be motivated by reading and teaching it.

What do you think makes for a good history book?

We comprehend the past through the compelling relationship between evidence and argument.   The fresh investigation or analysis of evidence (be it documentary, material, oral), and the clearest presentation of historical argument on its basis make for the strongest work.  I often use Annette Gordon-Reed’s Thomas Jefferson and Sally Hemings: An American Controversy (UVA Press, 1997) as an example.

I wanted to be a political journalist!  But I fell in love with the early modern period in classes about feminist art history, Shakespeare, and the early United States (specifically early Congress).  I didn’t want to stop reading or writing about it.

What would you like people to know about you as a historian that is not included in your general biography?

A lot of the work I do directing the Omohundro Institute is developing programs; I’m passionate about the importance of history, and particularly the importance of early American history (what I would call “Vast Early America”).  Creating events and fellowships and other programs is as vital a part of being a historian, for me, as my research and teaching.  The kind of projects we’re working on, to continue to articulate the significance of an expansive understanding of the early American past, is going to be even more important as we approach the 250th anniversary of the American Revolution.  That’s the kind of commemoration that should be looking to the work of decades of scholarship since the bicentennial showing us the continental, Atlantic, and even global context for an era that had very different meanings and very different impact across diverse, dynamic societies.

Continuing with the theme of books, I know that you run a book club at the Omohundro Institute, that you've written about on The Scholarly Kitchen (https://scholarlykitchen.sspnet.org/2018/08/01/engaging-public-scholarship-case-small-scale/). You cited outreach as one of the reasons why you began the club for mostly retirees. What does the term outreach mean to you and how is the club going?

That’s a great example of OI programs that I think are part of my core work as a historian.  The book club is run for local Williamsburg folks, almost entirely retirees.  We read 4-6 books a year, serious works of scholarship (you can see the reading lists here:  https://oieahc.wm.edu/events/reading-series/ ).  It’s been going for three years, and the group now really digs deep into the footnotes, asking questions about sources and about the historiography.  I think scholarship can be accessible to everyone; I’ve argued on Scholarly Kitchen that “democracy needs footnotes” (https://scholarlykitchen.sspnet.org/2016/11/07/does-democracy-need-footnotes/) and I really believe that— understanding the evidence for an assertion, whether historical, economic, or political— is absolutely crucial.

You are an active #twitterstorian. How do you think history and the study of history is changing with platforms such as Twitter? How is it affected by hashtags/movements such as #VastEarlyAmerica and #womenalsoknowhistory?

I love Twitter for communicating with all sorts of folks, scholars in history and other disciplines, general readers, and teachers.  The hashtags, as one of my colleagues on a recent panel about #VastEarlyAmerica, Christian Crouch of Bard College put it, is inherently inclusive.  Anyone can use it, claim it, debate it.  It’s the property of the virtual town square.  I think #WomenAlsoKnowHistory has been really important, along with like hashtags, for calling attention to the often unthinking ways that historical (and other) expertise is represented.  Almost 3500 women historians have signed up for the database at womenalsoknowhistory.com, making public their areas of expertise; we hear all the time about how much people are using it to find folks for media requests, panels, and more.  I hope that will only continue to amplify women experts in public.

You also write for The Scholarly Kitchen, your own blog (karinwulf.com), the OI blog, Uncommon Sense, and in other forums. Why do you think it is important to utilize these different avenues for telling history?

These different venues have different audiences and missions.  It’s a real privilege to write for the The Scholarly Kitchen, which is an enormously important platform in scholarly publishing.  There is so much churn is that realm, where funders, publishers, and libraries meet, that often escapes the notice of the scholars whose work is being funded, published, and disseminated. And many of the enormous changes, from metrical evaluations based on citations to digital platforms, is being developed and managed based on the publication pattens of the high volume and high dollar STEM fields.  I’m so glad to have the chance to bring a humanities (and history) perspective, and beyond Scholarly Kitchen I speak about this to as many groups, through webinars and conferences and other gatherings as possible.  Our needs in history and the humanities generally are very different, and the impact of the decisions and practices based on STEM can have on us is profound.

I write on my own blog and elsewhere about my research and teaching, and about other issues for historians, because I think those are equally important to share with whatever audience is reading  —and sometimes, especially on my own blog, I’m writing because I just really like to write!

How do you think the study of history will continue to change in the next few years?

It is exciting to see new forums for communicating history developing.  The African American Intellectual History Society, for example, and its powerhouse blog, Black Perspectives, is one of the most exciting developments in the last decade.  The consistency generative work that is being gathering and shared through that group has really had an enormous impact not only on the huge audiences that participate and read, but also on the ways others have been encouraged to follow their example.  One thing I took from their work early on was that, per my comments on my OI local reading group, serious history has a public audience.  A lot of hand-wringing about how scholars need to learn to communicate with the public emphasizes accessible writing and more general topics.  But if you look at something like Black Perspectives what you see is that accessible writing is simply good writing— and that serious, in depth, sophisticated historical writing will always have an audience well beyond the academy.

I’m finishing a book about the power and practice of genealogy in 18th century British America.  I look at the ways that all kinds of families and individuals created family histories for complex, personal reasons some emotional, some practical, and the ways that institutions required the production of genealogical information.  It’s a big book in that the research has taken a long time, and I’m really excited to be in the home stretch.  I am lucky to advise a fantastic (and large!) group of PhD students, whose work is always teaching me new approaches and new things about the early American past.  At William & Mary I’m also co-chair of the Neurodiversity Working Group, which leads Neurodiversity at William & Mary, an initiative to create a campus climate around disability support and an appreciation of brain differences.  We’ve got a big year ahead of us there, and at the OI working with colleagues in ASWAD for a conference centered on the 400th anniversary of the first Africans in Virginia, and around issues of inclusion in scholarly practice including publishing.  I love my research and teaching, and I love my work at the OI on behalf of issues that I see as deeply connected.