When the Future is the Past: A ‘Star Wars’ Summer at Tanglewood 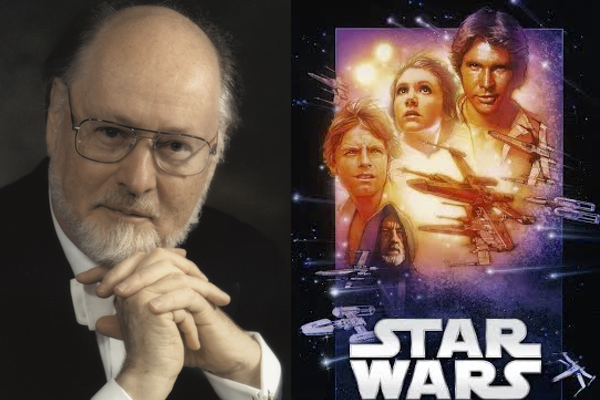 This Sunday afternoon, the star fleet from the evil Empire, the storm troopers of Darth Vader and the nasty masters of the Death Star will once again battle the good guys – Han Solo, Luke  Skywalker, Chewbacca, 3-CPO, R2-D2 and Princess Leia. This time the epic conflict in the film Star Wars will be at, of all places, the renown Tanglewood music center in Lenox, Massachusetts, as part of a three-concert film tribute to music composer John Williams.

The Tanglewood series resumes August 16 with the screening of Star Wars: A New Hope, with Keith Lockhart conducting the orchestra, and concludes August 24 with Williams back again for another concert of his different film music.

Star Wars represents the future in the past. It is about a galaxy in a far-off time in the future but the film itself is already 42 years old, an historic gem. It is entertainment history, Yoda and all, at its best.

Films accompanied by live music by famous orchestras is a craze across the nation, and Tanglewood was one of the first in the field, starting back in the 1990s.  Their films have even included Alfred Hitchcock’s Psycho.

Why Williams and Star Wars this summer? Could anything be more unclassical for this world renown home of classical music than Han Solo, Luke and Chewie zipping through the galaxy in the Millennium Falcon, blasting away at the bad guys?

“We are devoted to great music, and everyone, just everyone, puts the theme to Star Wars, among the top pieces of music ever written,” said Dennis Alves, the director of artistic Planning at Tanglewood.  “People hum the Star Wars theme everywhere. It is great music, plain and simple, and people just love it.”

Alves, who has to book every kind of act at Tanglewood, from the Venice Baroque Orchestra to James Taylor, has a formula for deciding which movies will be screened with his orchestra playing the music at the Lenox music center in summer and at the Boston Pops home in winter in Boston, too.

“You want to pick a very popular movie, something that appeals to all or is remembered by all, because you want to draw as many people and, frankly, they sell tickets. You want to pick a genre of film that is beloved, such as science fiction or adventure or comedy films. We did a Bugs Bunny tribute that was wildly successful. You want to select a film that will please teenagers as well as adults, too. And men and women,” he said.

To him, Star Wars is one of those films. “They are so popular that when each one comes out, I wait several weeks to see it to avoid the crush of the big crowds at the theaters,” said Alves.

John Williams is one if America’s greatest film music composers. He has won five Oscars and been nominated for 51 (second only to Walt Disney). Among his films are all of the Stars Wars movies, Close Encounters of the Third Kind, the first three Harry Potter films, the first two Jurassic Park films, Home Alone, Superman, and E.T. He even composed the music for the first season of the television series Gilligan’s Island. He last appeared at Tanglewood in the summer of 2017. Back in the ‘90s he began a long association with Tanglewood and has conducted there dozens of times.

“He’s a fan favorite,” said Alves, who added that the type of movies Williams scores are exactly the kind of films the music center wants to show.

Tanglewood executives claim that another reason they do film concerts is that they draw a very different audience from their standard classic offerings. “Star Wars is the perfect example of that. We’ll get thousands of teenagers each summer for those concerts. We hope that these teenagers, who ordinarily would not come here, will come back later, or bring their own kids back to see the classical works.”

Another reason for the use of Star Wars is the movie’s cult following. “There are millions of Star Wars fans and there are a number of different Star Wars movies. One time when Williams was doing one of his concerts here people in the audience yelled that they wanted more songs in an encore. What did he choose? The orchestra did music from The Empire Strikes Back. The place simply went crazy. They loved it,” said Alves.

The setting for the movie concerts at Tanglewood is beautiful. The music tent, or “shed,” and nearby Ozawa Hall, sit on the sprawling lawns carved out of a forest in the hills of Lenox, in Western Massachusetts, three hours from both New York and Boston. In addition to the 5,000 some seats under the tent, hundreds of music lovers sit on the wide lawns beyond the tent. People often arrive on mornings and picnic on the lawns while listening to the Boston Pops practice in a quiet world far from the maddening crowds.

Tanglewood is certainly not unique. For several years, the New York Philharmonic has added several movie/concerts to their schedule. Last spring, it presented a two-and-a-half-hour concert of Bugs Bunny cartoons with the orchestra playing the music and David Geffen Hall at Lincoln Center was completely sold out. Best of all, everybody had the chance to have their picture taken with Bugs Bunny himself (he was not chewing a carrot, though). The audience there roared at all the cartoons and applauded madly at the end of the films, as audiences do across the country in these movie concerts.