Counterculture 1969: a Gateway to the Darkest and the Brightest

In late December 1966, Time released its first publication for the coming new year, an issue that has annually featured the magazine’s “Man of the Year” since 1927. The choice of Man of the Year goes, as Time reports, “to the person or idea or thing that, “for better or worse, has done the most to influence the events of the year.”

For most of the years that the Man of the Year had been awarded, the recipients had been individuals – those towering figures of the 20th century from Lindberg to Hitler to Churchill to Roosevelt.  But for 1966, the honor went, for the first time, to an entire generation: The Time Man of the Year for 1966 was those Americans under 25 years old – the young people in the United States who, the magazine reported, “had already shown they would remake the world.”

“In the closing third of the 20th century,” Time wrote, “that generation looms larger than all the exponential promises of science or technology: it will soon be the majority in charge. “Never have the young been so assertive or so articulate, so well educated or so worldly,” Time reported. “Predictably, they are a highly independent breed, and – to adult eyes – their independence has made them highly unpredictable. This is not just a new generation, but a new kind of generation.”

A new kind of generation to be sure. The real impact of young people in 1960s America was beginning to be heard, with groundbreaking influence from the counterculture that was developing across the country.

Recognizing that a counterculture exists is simple; appreciating its starting points can be more challenging.

How does a counterculture emerge? Books, college courses, and academic careers are built on exploring that question. But the most basic answer is that every culture produces countercultures – to challenge, to question, and to defy mainstream society.   The 1960s would produce its own unique brand of counterculture -- a product of events, timing, and the will of a new generation of Americans to change a host of social ills ranging from civil rights to saving the environment -- with effects that endure today.

“Some of counterculture comes from the deep psychological needs of people to rebel, to create an identity,” said MIT sociologist Gary Mark.

“An important factor had to do with the end of World War II – the triumphs, and the economic expansion,” Marx said. “Depression-era people had to struggle and were focused on obtaining some kind of economic security. Suddenly the next generation saw more affluence, and affluence meant that there was no need to struggle.

“Once you had that security,” said Marx, “you had the leisure to engage in alternative kinds of ideas.”

The moment was right for protest, change, and rebellion. 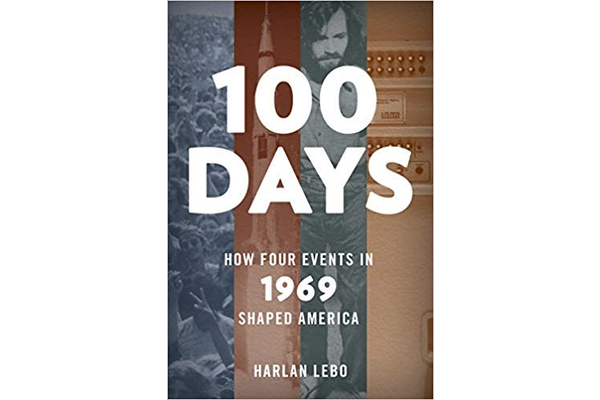 “The story of 1960s counterculture is the story of those baby boomers,” said Ken Paulson, dean of the College of Media and Entertainment at Middle Tennessee State and former editor of USA Today. “With baby boomers, you have a generation that had far more free time and far more disposable income. They had discovered that by sheer numbers they could drive demand for the things they cared about.”

The counterculture of the 60s represented not only activism about national issues, but it also inspired rejection of social norms.

“There were at least two very distinct countercultures, especially here in California,” said Stanford cultural historian Fred Turner.  “One centered in Berkeley – the new left, doing politics to change politics; and the other centered in San Francisco – wanting to avoid politics, celebrating consciousness, psychedelia, and transformation of consciousness.”

Vietnam: the center of dissent

Overarching all other counterculture grievances -- and the focal point for many of them -- was the war in Vietnam, which over the course of four presidential administrations, had become a seemingly unsolvable political and strategic catastrophe.

For growing numbers of Americans in the late 1960s, Vietnam was a conflict with none of the clarity and noble mission of World War II, no end in sight, and progress measured only in terms of the growing death toll.  By 1969, almost 50,000 Americans had died in Vietnam, and troop strength was its highest: some 520,000 men and women.  Everyone in America knew someone fighting in the war, or who had died in the war, or who might be drafted to fight in a country they did not know and for a cause they did not understand.

Colleges as the catalysts

In the 1960s, college campuses simultaneously became a norm of middle-class culture and the focal points for dissent and protest.

In stark contrast to previous generations, in which education after high school was a rare privilege, college attendance in post-war America exploded; in 1940, about 500,000 Americans were in college; 20 years later, college enrollment had increased to 3.6 million.  College granted more time for reflection and discussion, chances to question the status quo, and opportunities to explore the unconventional to make a better world.

In 1960s America, counterculture became a mix of social activism, environmental awareness, and a platform of expanding demands for civil rights, social equality, and the rights of women.

The Free Speech Movement – which had developed at UC Berkeley in 1964 as a response to, of all things, the university’s policies that restricted political activities on campus – took root as the first significant civil disobedience on college grounds; most other major universities would soon follow with their own protests, especially in support of civil rights and opposition to the war.

And then there was the most tangible denunciation of all: complete rejection of society, and dropping out entirely. The hippie living in a commune – although only a minor percentage of counterculture lifestyle choices – became the high-profile symbol of counterculture values.

CBS News tried to make some sense out of the impact of counterculture with a project called “Generations Apart,” an ambitious exploration of the generation gap as seen through national surveys and interviews with both young and older Americans. Hosted by reporter John Laurence, the results of the project aired in three broadcasts in late May and June 1969. The programs became a vivid reminder of how countercultural values and generational differences had changed America.

The episode of “Generations Apart” titled “A Profile in Dissent” was particularly hard-hitting, and described how young people (17-23) and parent-age Americans viewed social change and political controversy.

“It is a time of dissent for many of America’s young,” said Laurence. “The collision of events that they could not control has caused a challenge to values they cannot accept.”

“The majority are quiet as they always are, ready to conform as they always are,” admitted Laurence. “But a growing minority is shaking up society and raising their voice. There is a swelling tide of dissent among the young in America today. It is surging up against some of the most basic institutions of adult society.”

The survey showed a widening generation gap on a range of fundamental issues involving sex, religion, drugs, and money. The program’s most startling finding was the broad rejection of the most basic ideals of middle-class values: six out of 10 young people said they want “something different in life” from what their parents wanted. Among college students, only one-third said patriotism is important, while two-thirds of all young people said civil disobedience is sometimes justified.

“Will they find the definitions for the ‘something different’ that they are searching for?” Laurence said of a new generation of Americans. “Only the young can tell us. And maybe not even the young can say for sure how they are going to shape this society, until they are older.”

The peak of counterculture

By some measures, counterculture in the 1960s would reach a pinnacle in August 1969, when two events in particular – incredibly, only a week apart – would symbolize both the worst and the best of the era: the first -- two nights of murder by the followers of Charles Manson -- would demonstrate the tragic vulnerability of some who sought alternatives to mainstream 1960s America.  And the second -- the gathering of 400,000 in rural New York for “three days of peace and music” that forever after would be known simply as Woodstock -- would showcase the new generation at its best.

The counterculture of the 1960s would continue to evolve into the early 1970s.  Bythe mid-70s, much of the energy of the 60s had changed, in part because some of the major goals of the 60s, such as expanding national social programs, the environment, and civil rights, had been at least partially achieved – or perhaps more important, had moved into the ongoing mainstream discussion of America’s political and social concerns. The counterculture of the 1960s in its endlessly evolving forms continues today, now as a broad influential force in a spectrum of social movements and cultural expression.