Dr. Christopher Binetti is a Political Scientist and Historian and adjunct professor at Middlesex County College in Edison, NJ. He can be reached at cbinetti@middlesexcc.edu. 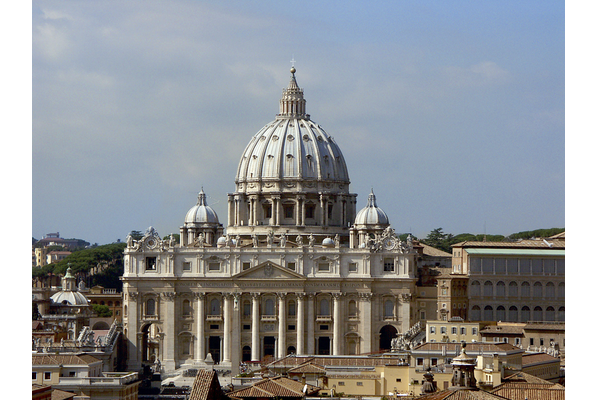 The United States has always been a largely Protestant country so it is no surprise that many Americans know little about the history of the Catholic Church. For example, did you know that the term “Roman Catholic” is rarely used in most Catholic countries, since the term was originally a Protestant slur? Or did you know that “Catholic” actually means universal, all-inclusive? In fact, the term implies a level of internationalism, even globalism that Protestants have long been uncomfortable with.

The universality of the Church is an important part of Catholic identity and that universality has long scared the secular state, including Catholic states like France. The separation of church and state is often reinterpreted by secularists as freedom from religion when it really has always been primarily about religion’s freedom from state control, i.e. the Catholic Church’s fight for independence from secular control.

The state, whether secular or simply seeking to control religion, has long tried to blur the line between the spiritual and the temporal. In Catholic history, it goes back to the Council of Nicaea in 325 AD when Emperor Constantine used his fame from legalizing Christianity to preside over the first formulation of the core doctrines of what would become Catholic and Eastern Orthodox Christianity. Many clerics died because soldiers of the Byzantine Empire attempted to force clerics to give religious power to the State.

In fact, the breach between Catholicism and Eastern Orthodoxy was more about the separation of the Church and state then about cultural differences, unlike what is commonly taught. After the Byzantine (Eastern Roman) Empire recaptured Italy from the Germanic invaders that had captured it after the fall of the Western Roman Empire in the sixth century, its emperors tried to force the Pope, who in the interim had become the chief spiritual official in the western part of the old empire, to be as obsequious to secular power as the Patriarch of Constantinople.

Pope Martin I was actually abducted by high-ranking Byzantine officials in 653 because he refused to kowtow to secular power. Clerics were killed and the public order disrupted because any separation of Church and state was anathema to the secular power. The local resistance to the Empire’s demands led to an awakening of a primordial form of identity that became the core of the Catholic culture, particularly giving rise to the identity of the Italian Catholics, my ancestors.

In the end, the Empire forced Pope Stephen II in the 750’s to decide between being a stooge of what was increasingly viewed as a foreign power or the vassal of a new power, the Franks. The Pope chose the latter, since the Franks recognized his autonomy and spiritual independence to some extent, unlike the Byzantines. Of course, the Byzantines took away all the land under their effective control in Southern Italy and Sicily from his spiritual control because he defied their absolutist secular control. And people say that the State has so much to fear from the Church!

The Franks proved to be a little less controlling than the Byzantines, but not by much. The Franks had the Pope declare their king to be Emperor, equal to the Byzantines, which was not in the circumstances unwelcome but after this, it became clear that the Emperor considered himself the overlord of the Pope. When the Frankish Empire became fragmented, the various claimants to the Empire put even more pressure of the Popes. One Pope, Formosus, was even exhumed after his death and put on trial on trumped charges by the supporters of one of these later Frankish rivals, in what became known as the infamous Cadaver Synod of 897.

The Church’s most unique rules like clerical celibacy were created in an attempt to untangle the church from secular power and temporal concerns. To stop bishops from passing their position onto their sons and prevent a Pope from creating a dynasty, clerical celibacy was firmly established and the Church created a Conclave that elects the Pope. Further, the Church worried that local counts would install family members to be Pope and important bishopsand pass it on generationally.

The Church acquired territory not as a planned contrivance, but because it was forced upon the Church by necessity. When the Western Roman Empire collapsed and the Byzantines reconquered Italy, the Byzantine Empire actually ignored the day-to-day governance of central Italy by the 7th-century. This forced the Pope to take up the effective governance of the area around Rome. Under pressure from groups like the Lombards and Franks, it became necessary in the 8th-century toacquireterritory in order to raise and manage resources that would create some autonomy from the direct authority of powerful secular rulers. Today, the Pope only controls a small piece of land called Vatican City, but having territorial sovereignty even at this small scale is essential due to the constant threat of secular control.

In the United States, there are groups like Americans United for the separation of Church and State, led in large part by Protestant (Unitarian) clerics that claim that the church is a threat to the secular order. Yet, history shows that the State is more of a threat to the Church than vice-versa. In fact, James Madison wrote separation of church and state in order to protect Catholics from discrimination because his slave-owning friend from Maryland could not vote or hold office in his won state because of his religion.

So, the next time someone tells you that the State is powerless without legalized discrimination against religion like we have in New Jersey (where the State can give money to rebuild any building from a natural disaster except religious buildings, for example), tell them about the actual history of the separation of Church and State. There are secularists who want to purge the public square of religious values, in order to pave the way for the exclusive purview of their specific set of secular values that are directly contradicted by religious values. It is these secularists who seek to monopolize the marketplace of ideas, not the church, or at least not the Church, which is actually still a minority religion in terms of numbers and power. The separation of Church and state is really about a pluralism of values and is in fact quite liberal.