Slavery and Your Upcoming Christmas Tour

by Robert E. May

Robert E. May, Professor Emeritus of History, has just published Yuletide in Dixie: Slavery, Christmas, and Southern Memory (University of Virginia Press). He is the author of several previous works treating slavery and the South including Slavery, Race, and Conquest in the Tropics (a finalist selection for the Gilder Lehrman Lincoln (Book) Prize) and John A. Quitman: Old South Crusader (which won the book prize of the Mississippi Historical Society). 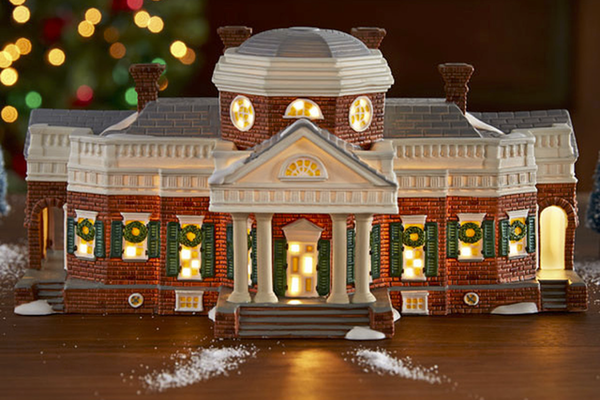 Once again this fall, historic southern mansions and plantation sites are gearing up for the annual Christmas season influx of tourists. South Carolina’s Middleton Place, for example, charges $25-$69 for its holiday “Grand Illumination” and dinner. Re-enactors recreate Christmas 1782 when British troops evacuated the Charleston area at the end of the American Revolution. At Mount Vernon in Virginia, adults shell out $36 for the “Christmas Illuminations” package with fireworks and tours.

Although lots of people love fireworks (and of course rich meals and gawking at gorgeous gardens, lavish holiday greenery, and centuries-old architecture and furnishings), the holiday appeal of these site events derives partly from their historical significance. Crowds would be smaller if these sites lacked historical stories.

America’s first president, after all, resided at Mount Vernon. Though the Oaklands Mansion in Murfreesboro, Tennessee, had no historically renowned owner in its pre-Civil War heyday, it certainly had a history that embellishes its public appeal. Its website explains how the mansion before the Civil War embodied “wealth and prosperity in Tennessee,” and that it resulted from its owners’ successes in acquiring land and enslaved people as well as ventures in railroads, medicine, and retail.

Presumably, when people attend these events, they intend to absorb some history along with the holiday ambience of a beautifully decorated mansion. Why else would Oaklands promise its $250-$1000 “sponsors” of its “Christmas Gala” of wine, music, dinner and that they will be welcomed the same way “its original families would have done”? Why bother with staging re-enactments by people in period dress, as many such sites do, if all visitors seek is Christmas cheer?

A serious problem lurks behind these celebrations. Although some southern historic mansions and plantations like Montpelier—the home of America’s fourth president James Madison—are making concerted efforts to compensate for years of overlooking slavery by revising their tours, programming, and websites, others have not.

Worse, at Christmas, even site owners and administrators who conscientiously try to expose their site’s forced labor underpinnings throughout their regular programming, nonetheless stage holiday events that minimize slavery’s importance to the Old South’s city mansion and rural plantation world. The emphasis is instead on entertainment and consumption—having, so to speak, a good time, without reflecting seriously about the punishing and abusive slave field labor that generated the profits thatmadeit possible to build, improve, and maintain these grand structures in the first place.

Perhaps your tour guide might tell you something about toys slave children played with at Christmas or escort you on a brief visit to a slave cabin; but your guide likely will forfeit the chance to use that holiday tour to truly educate you about slavery’s cruelty and exploitation. Such information might generate argument or anger among tourists; and it would certainly be sobering and run counter to the celebratory purpose of site holiday programming.

What might a thoughtful accounting of the slave Christmas experience tell you? For starters, you might learn that after the Civil War, scores of southern novelists, short story writers, and memoirists published accounts of slave Christmases on large plantations like the one you are touring that verged on suggesting that it was good to be a slave and that slavery benefited its victims more than their masters. The best-selling author Joel Chandler Harris, for instance, included a lengthy account of a slave Christmas celebration in his Nights with Uncle Remus.

According to these writers (whose main purpose oftenwas to romanticize the Confederacy and the slave labor system it embodied), all slaves passed Christmas ecstatically feasting, dancing, singing, playing instruments and games, and humbly appreciating astoundingly generous holiday gifts from their masters. Further, these publications relay the impression that every slave received a lengthy vacation from labor at Christmas—from several days to even weeks. These accounts gradually seeped into American popular culture, and have affected the ways many modern southern plantation and mansion historic sites interpret Christmas.

What might a more honest rendering of plantation Christmases tell you? First, your guide should remind you that even over Christmas, when rules for slaves wererelaxed, masters retained complete power over how slaves were treated, and that slaves had no legal recourse against violentmasters. Although masters did throw holiday parties for slaves and gave them presents at Christmas, they had the power to withhold all Christmas privileges and sometimes did so. Not all slaves received Christmas holidays, extra food, generous presents, and the like. Some received no Christmas break from labor at all, or just Christmas Day off. Some masters even bought and sold slaves over Christmas.

Further, masters whipped and otherwise abused slaves over Christmas, sometimes sadistically, as ex-slaves like Frederick Douglass testified. Douglass claimed his master encouraged slaves to become drunk over the holiday, as a method of lowering their self-esteem.

Rather than leave the impression that the southern masters and mistresses at their sites treated their slaves paternalistically and that southern slavery represented a humane labor system, tour guides ought to impress upon seasonal visitors the fact that slavery was an inhumane and horribly exploitive labor system. Only this explains why every so often, the entire white South became wracked with fear that their slaves would choose Christmas to rebel for their freedom. Such panics occurred intermittently from the colonial period to the Civil War. It also explains why many slaves chose Christmas to attempt their escapes from bondage.

Despite their public claims that slaves were content with their situations, white southerners knew better. So should those going to southern historic mansions and plantations for Christmas.

For more by this author, read his latest book: 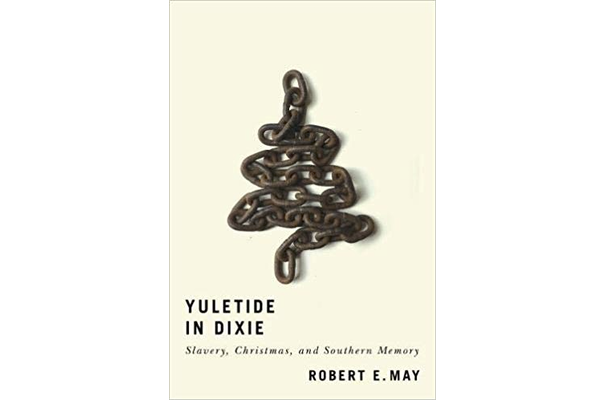