A Conversation with the Eastham Historical Society

Jonathan Montano is an intern with the History News Network. 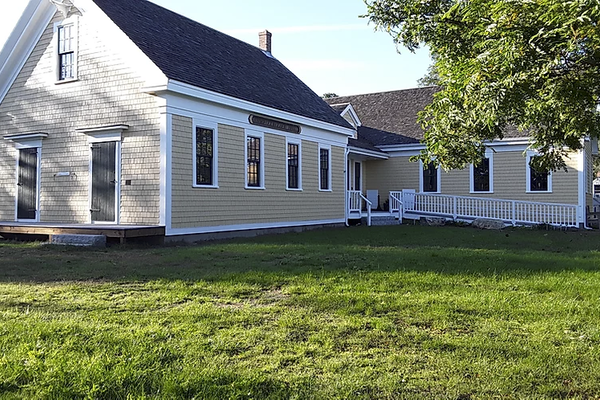 Jonathan Montano: Eastham is a very small town tucked away on Lower Cape Cod.  Not many Americans would recognize it by name.  But what can local history teach us about the past?Sharen Shipley: Eastham was incorporated as a town in 1651, only 31 years after the landing of the Pilgrims providing a treasure trove of history.  The mission of Eastham Historical Society (EHS) is “Preserving Eastham’s Past for Eastham’s Future”.

Montano: What role has Eastham and Cape Cod played in broader history?  How can that alter our understanding of broader historical narratives?

Shipley: Many people are not aware that the Pilgrims landed in Provincetown and remained there a few months before sailing and landing in Plymouth. While in Cape Cod Bay, a shallop made shore in Eastham where the Pilgrims had their first encounter with the Nauset’s of the Wampanoag Tribe on what is now First Encounter Beach in Eastham.

Montano: Eastham clearly has a very long history.  What type of documents do you have in your archives?  What collections are you most interested in?

Shipley: EHS Archives contain extensive genealogies of the first 7 families of Eastham; as well as ancient maps, ships logs and historical documents.  Our collection also contains numerous arrowheads, tools, grinding stones and implements of the Natives. Our permanent collection contains many antiquities of Captain Edward Penniman, whose home is on Fort Hill in Eastham.  We also have many items salvaged from Henry Beston’s Outermost House.  This house and Henry’s book provided the impetus for President Kennedy to create the Cape Cod National Seashore in 1961.

Montano: What can a visitor see at one of your historical sites, such as the School House or Swift-Daley complex?

Shipley: The 1869 Schoolhouse Museum is the original one room school where grades one through eight were taught until the opening of Eastham Elementary School in 1936.  The headmaster’s desk, globe, blackboard and regulator clock are original to the building.  A wood stove and desks are from the period.  This year the schoolhouse celebrates its 150th anniversary.The Swift-Daley House so named since one of its owners was the founder of Swift Meats was built in 1741 by Joshua Knowles and features a large central fireplace for cooking and heating, as well as many original furnishings and clothing.  The house also features a bowed roof typical of homes built by ship’s carpenters.  Dill Beach Camp built in 1936 was the only dune beach camp to survive the infamous blizzard of 1978.  After the storm, the Dill family floated the camp across the marsh to their property  where it remained until donated to EHS by Thomas Dill in 1995.  It is a perfectly preserved duck hunting and fishing camp. Ranlett Tool Museum is filled with hundreds of antique tools and implements, many unique to the area; as well as a working forge.

Montano: What can local institutions such as EHS teach us about American History?

Shipley: EHS currently has special exhibits honoring 12,000 years of the Native Peoples; as well as the Mayflower compact and passenger list.  Three who sailed on the Mayflower are buried in the Cove Burying Ground on Route 6 in Eastham.  EHS is privileged to be the caretakers and keepers of Eastham’s historical antiquities and artifacts.  Our Archives are open from spring through mid November on Tuesday afternoons.During July and August, we present a Thursday night speaker series.  We have featured speakers as diverse as Chris Macort, a Marine Archeologist on the ongoing exploration of the Whydah, Marcus Hendricks and Todd Kelley of the Wampanoag tribe and revolutionary war descendant, Art Richmond on the evolution of the Cape Cod house, Don Wilding on Henry Beston’s life and the Outermost House; as well as countless others.

Montano: How does EHS add value to the local community?  How can the public engage with your sites/archives/lessons?

Shipley: Thanks to the dedicated volunteers, our historical sites are open for the appreciation and education of Eastham’ residents and visitors during the summer months where docents give tours and provide historical context to our visitors.  Descendants of families are invited to visit our Archives to research their family’s genealogy.

We welcome all to visit our museums, Archives, special events and Thursday night speaker series.  We also encourage Cape Cod full and part-time residents to join the Society and get involved.  Please visit our Facebook site  or www.easthamhistoricalsociety.org .