The Making of a Periphery

Professor Ulbe Bosma is Senior Researcher at the International Institute of Social History in Amsterdam, one of the world's leading institutes in socio-economic history. Important titles among his 8 monographs, 11 edited volumes and about 80 articles are Being “Dutch” in the Indies: A History of Creolisation and Empire, 1500-1920 (2008) and The Sugar Plantation in India and Indonesia (2013).  He is one of the coordinators of the global network Commodity Frontiers Initiative. 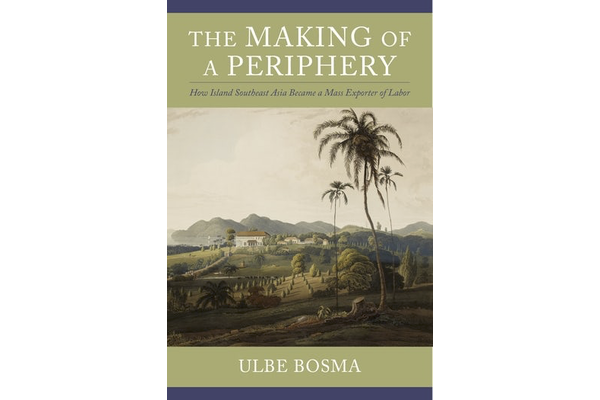 The islands of Southeast Asia were once sites for the production and trade of prized commodities—including cloves, nutmeg, and mace—so valuable that in the fifteenth and sixteenth centuries they attracted seafaring explorers and traders from distant European countries. Today Malaysia, the Philippines, and Indonesia principally export their surplus of cheap labor. Over ten million emigrants from Island Southeast Asia provide their labor abroad. How did this once-prosperous region transform into a “peripheral” one? This is the question I am addressing in my new book, The Making of a Periphery: How Island Southeast Asia Became a Mass Exporter of Labor, published with Columbia University Press.

The word periphery is a classical concept that figured prominently in the work of Nobel Prize winner Arthur W. Lewis and has become quite famous thanks to Immanuel Wallerstein’s world-system analysis. The work of Lewis and Wallerstein is of immense importance for understanding why parts of the world that were relatively prosperous in the past have sunk to the lower or even lowest echelons of economic performance today. This question has been taken up Daron Acemoğlu and James Robinson in their bestseller Why Nations Fail. The strength of Wallerstein and Acemoğlu & Robinson is that they explain global divergences from a historical perspective using a single theory. Whereas history is indeed crucial for economic analysis, an unavoidable drawback of unifying theories is that these homogenize our understanding of complicated and diverse processes of long-term historical change. At the same time, it is impossible to do any serious global history and contribute to development economics without any theoretical and unifying perspective.

A way out of this dilemma is to start from the generally accepted position that plantation economies have a long-term negative effect on economic development. In this respect Island Southeast Asia resembles the Caribbean nations, where the legacies of the plantation economies consisted of meagre economic growth and massive unemployment. Today, massive emigration is the fate of the Caribbean region as much as it is of Island Southeast Asia. As Arthur W. Lewis has pointed out, the problem was not that plantations were sectors of low productivity, but that the unlimited supplies of labor in these regions suppressed wages.

A central argument in my book is that Lewis’ thesis of the unlimited supplies of labor is still important for understanding how parts of the world have become a periphery. We know for the Caribbean where this labor came from: millions of Africans were kidnapped, enslaved, and transported across the Atlantic Ocean to produce sugar, tobacco and other crops for Europe and America. But where did the masses working at the plantations in the Philippines, Malaysia and Indonesia come from? For Malaysia it is clear that its plantations and mines imported Chinese and Indian labor on a massive scale. But for the Philippines and Indonesia it was natural demographic growth that guaranteed abundant labor supplies. One of the most fascinating stories my book deals with is the relatively successful smallpox vaccination in Java and the northern islands of the Philippines in the early years of the nineteenth century. The vaccine resulted in a precocious demographic growth of over 1.5 percent per annum. Together with a stagnant manufacturing sector and declining agricultural productivity, this created the abundant labor supplies for the developing plantation economies.

Still, this abundance of labor was not a sufficient cause for a region to be turned into a periphery. Coercion was another crucial factor. We know enslaved workers were coerced by the whip to grow commodities, but massively left the plantations after emancipation, even though poverty was waiting. Coercion was also a necessary condition for the plantations in Southeast Asia. The plantation economies that emerged in parts of the Philippines and particularly in Java in the nineteenth century could not function without the collaboration of local elites and existing patron-client relationships. Local aristocrats and village elites supported the plantation economy in their role as labor recruiters and by forcing villagers to rent their land to plantations. They shared in the profits for each worker and for each piece of land they managed to deliver.

In the Northern Philippines and Java, plantation economies were successfully embedded in existing agrarian systems. The Dutch introduced forced coffee cultivation in the early eighteenth century and a more comprehensive forced cultivation system on Java in 1830. Local elites played a crucial facilitating role in this transformation of existing agrarian and taxation systems for colonial export production. Java in particular suffered from economic stagnation and its population from malnutrition at the peak of the colonial plantation economy. Per capita income lagged behind other parts of the Indonesian archipelago, where independent peasants produced rubber, copra or coffee for the global markets.

Once Indonesia and Malaysia had become free and independent nations, in 1949 and 1965 respectively, their governments branded plantations as colonial institutions and encouraged smallholder cultivation. They did so for a perfectly good reason: to ensure the revenues would benefit local development. Unfortunately, this decolonization was never completed. Palm oil, one of the world’s most important tropical commodities, has been a driving force in the establishment of new plantation regimes in Indonesia and Malaysia, which are the world’s first- and second-largest producers of this commodity. Over the past decades, we have seen the return of appalling coerced-labor conditions that were supposed to have been buried alongside colonialism. Palm oil plantations cause not only grave ecological damage, but also serious human rights violations.

The peripheral position of Southeast Asia in the world of today is the result of a long-term development, as many scholars from Immanuel Wallerstein to Daron Acemoğlu have pointed out. But high demographic growth and local systems of labor bondage are crucial elements in the making of a periphery. This book invites us to rethink the geography of colonialism, in which the Southeast Asian and Caribbean archipelagos share a history of massive coerced plantation work and present day mass emigration.