Julia Mansfield is a Visiting Assistant Professor of History at St. Joseph's University. 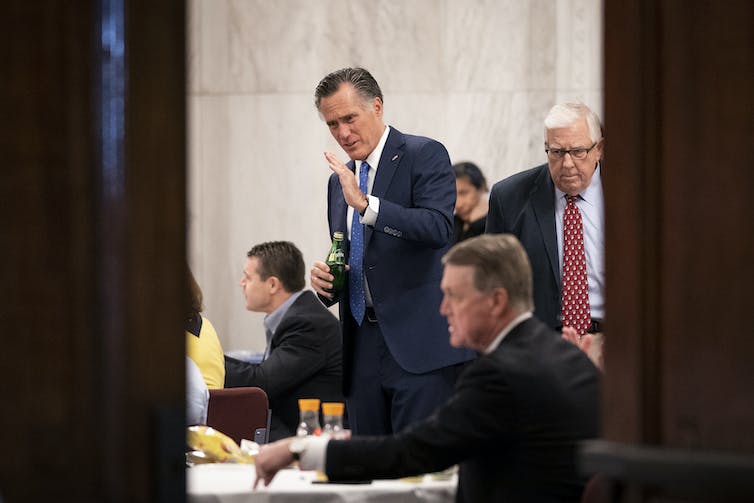 U.S. lawmakers are debating strategies to stem the economic impact of the coronavirus. With businesses across the country cutting back hours or closing, the pandemic has exposed the vulnerability of wage workers.

Congress is responding with unprecedented legislation, which echoes New Deal programs of the 1930s. But the historical echoes extend much farther back, all the way to the first public health crisis in this country.

Fever pains in the early republic

As a historian of infectious disease, I see familiar patterns emerging in this pandemic that date back to the early republic. In the 1790s, yellow fever became epidemic in the Caribbean islands and grew into a pandemic that reached the United States, Spain and Italy. It appeared in the U.S. capital, Philadelphia, in 1793, five years after the ratification of the U.S. Constitution.

For the next decade, yellow fever erupted sporadically in Philadelphia and other populous coastal cities and towns. The outbreaks shut down businesses, suspended court sessions, and drove residents to flee.

During the first outbreak of 1793, a flour miller summed up the experience with these words: “I want to be doing something, but the Fever in Philadelphia has thrown us all out of our Geers.”

The pandemic forced Americans to tackle some of the questions that have surfaced in the past week: Would some people risk exposure to the virus in order to earn wages? Should employers allow workers to stay away from their jobs because of the risk of infection? How would families who relied on daily or weekly wages pull through?

Neither state nor federal lawmakers tried to answer these questions in the 1790s. But federal agencies had to respond as employers. The United States Mint, which produced the young nation’s coinage, devised the most effective response.

Protecting workers in a pandemic

To protect the currency supply, the director of the U.S. Mint in Philadelphia suspended operations during each outbreak of yellow fever. Letters in the Mint’s archive show that he put workers on furlough with a guarantee of half pay for the two to three months that yellow fever lasted.

This policy became the Mint’s standard response to yellow fever and was applied six times over eight years.

Most workers received their pay after the outbreak, but highly skilled workers at the rank of officer could obtain their full quarterly pay in advance. Then, as now, the financial pains of a pandemic did not hit all classes equally.

The U.S. Mint’s response to yellow fever struck a balance between workers’ and employers’ needs. Workers put on furlough were guaranteed jobs when the public health crisis was over. Meanwhile, the Mint secured their loyalty by promising back pay, so it was able to resume operations quickly after each outbreak.

Today, once again, business leaders and politicians are compelled to respond to a pandemic. State and federal legislators are taking bold steps to counter anxiety with assurances of stability. And they are developing new safety nets for workers made vulnerable by the coronavirus. As lawmakers consider their options, there are lessons to be found in U.S. history about sustaining workers during a public health crisis.

[Get facts about coronavirus and the latest research. Sign up for our newsletter.]