Historian, public speaker, and cultural critic Elwood Watson, Ph.D., is a professor of history, African American Studies, Gender Studies and Popular Culture at East Tennessee State University and author of the recent book, Keepin’ It Real: Essays on Race in Contemporary America (University of Chicago Press), which is available in paperback and Kindle via Amazon and other major book retailers. 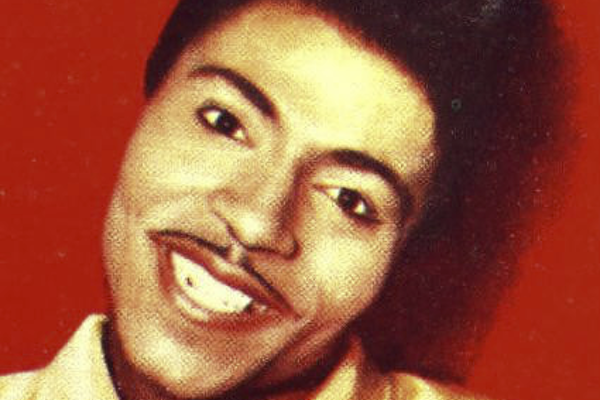 Like millions of people all over the world, I was saddened to hear about the death of Little Richard earlier this month. The 87 year-old singer succumbed to cancer. To say that Little Richard was a pioneer is obvious as well as an understatement. He was an innovator and an artist who personified the word rebel. He integrated thunderous gospel vocals with R&B and boogie-woogie in foot tapping, energetic songs such as “Long Tall Sally,” “Tutti Frutti,” and “Rip It Up.” He unabashedly screamed, shouted, kicked, pounded on his piano, and thunderously belted out vocals — all of which cultivated a most brash sound that provided rock & roll one of its most distinctive sounds.

But more than that, Little Richard brought an uncompromised strand of black Southern music, the sound of the Chitlin’ Circuit itself, into the lives of teenagers around the globe, an irrevocable development whose impact cannot be overstated. He was a performer who garnered appeal across racial boundaries at a time when the nation was highly segregated, and he helped pave the way for future Black artists such as James Brown, Parliament Funkadelic, Sly and the Family Stone, and others.

The third of twelve children born on December 5, 1932 in Macon, Georgia, Richard Wayne Penniman was a child of the Great Depression. He grew up in a segregated, Jim Crow environment where racism, poverty,  stark health disparities and other social maladies were rampant. Despite such emotionally and psychologically demoralizing factors, the young and talented Richard found an escape in the world of music. It was here where the future rock and roll icon and hall of fame artist would hone his craft and feverishly develop his piano and vocal skills as he waited for and anticipated his eventual career break, which did in fact come to fruition

While race was indeed a defining factor in his identity, another element shaped his career in complex ways: sexuality. Throughout his childhood, he was taunted as effeminate, and in adulthood he had run-ins with authorities while acting on same-sex desires. He occasionally condemned homosexuality as sinful; at other times, he described himself as gay or omnisexual. Many of his songs focused on pursuing intensely sexual women while leaving open a queer subtext. Through it all, his radically flamboyant public persona upended gender boundaries, and much of his appeal lay in the fact he never seemed all that unnerved with tending to his obvious contradictions. During the early 1970s, an interviewer asked him why he was wearing makeup. “You’re suppose to wear makeup,” Richard replied. “Just like when you toast your bread or put sugar in your coffee, you’re supposed to add a little touch to it.”

Long before it was hip to do so, Little Richard daringly and unapologetically pushed the boundaries of sexual fluidity. He wore garish clothes and explicit attire — eyeliner, nail polish, mascara, and tight pants — as he brazenly twisted, hopped, hollered, tapped, snapped, and gyrated in front of television cameras and live audiences. His language, appearance, and disposition defied standards and norms. Indeed, as time progressed, his increasingly eccentric antics had many people intensely debating his sexuality, religious beliefs, and other facets of his personal life. Intensely religious yet sexually adventurous, he was the personification of contradictions, moral sacredness, and ambiguity. He could never be easily defined nor neatly tucked into any specific category

It should not be lost on anyone that demonstrating such an unrestrained degree of sexually charged behavior was a quite audacious stance to take, particularly for Black men. He defiantly adopted and embraced such antics wearing wigs, lipstick, eyeliner, colorful, sexually fluid clothes, embracing high pitched effeminate voice patterns that were largely frowned upon and deeply at odds with the mores, customs and the larger culture of the era. This was a risk that very few performers, regardless of race, were willing to take.

Entertainers, even notably successful ones, experience career highs and lows. Little Richard was no exception. The period of the late 1960s and the 1970s were challenging for the rock pioneer. New musical trends driven by new artists made it difficult for him to carve a niche as he was able to do so effectively a decade earlier. To many, he was viewed as a relic whose time had passed.  Various attempts at comebacks were met with minimal success and he eventually made a return to the ministry.

What a difference a decade made. The 1980s placed Little Richard back into the spotlight with a number of profitable ventures for the then fifty-something entertainer. He appeared in the successful 1986 film “Down and Out in Beverly Hills,” penned an autobiography The Lives and Times of Little Richard, appeared on number of television programs and music videos, and began touring again.

Later decades would witness Tiny Tim, Boy George of Culture Club, Annie Lennox of the Eurythmics, Marilyn Manson, Prince, Grace Jones, and others also embrace gender fluid behavior. It is safe to say that Prince was the Little Richard of his era and was undoubtedly influenced by him. Other artists such as Elton John, Jimi Hendrix, and the Beatles were committed devotees of Little Richard as well. His talent and legacy were so appreciated that he was among the inaugural group of performers inducted into the Rock & Roll Hall of Fame along with James Brown, Sam Cooke, Ray Charles, and a few others.

Historically speaking it has not been unusual for performers to mirror themselves after forebears of previous decades. Oasis were a direct adaptation of The Beatles. The Black Crowes mimicked the Rolling Stones, as REM to The Byrds, Rod Stewart to Bobby Womack, Patti LaBelle to Stephanie Mills, Tracy Chapman to Odetta , Michael Jackson to James Brown, Anita Baker to Nancy Wilson, and so on. This truth aside, the fact is that Little Richard had an enormous influence on a disproportionate number of artists across the racial and gender spectrum as well as various musical genres.

Overall, there were few Black artists of the 1950s that were as innovative, bold, experimental, and willing to manipulate with music as Little Richard was. Moreover, he managed to create music that resonated with so many people across different backgrounds and political inclinations. Integrating pop, R&B, and big band sound was like second nature to him. He, along with Buddy Holly, Jerry Lee Lewis, and Elvis Presley, rankled the psyche of more than a few conservative, suburban parents and simultaneously earned fierce popularity and devotion among many young people.

Arguably, Little Richard’s influence has been felt outside of the musical arena in the acceptance of more gender-fluid identities, and specifically gender fluid Black identities Today, more than a half a century later, growing numbers of men, especially millennials and post-millennials, embrace and accept gender fluid behavior that was often seen as unacceptable in previous generations.

Little Richard was bold, daring, visionary, and fearless in a way that few Black male artists — past or present — have dared to be. While his influence and presence may be more limited among younger generations, he was one of the most distinctive, definitive, and pioneering voices ever produced in the world of music. His music was larger than life, and indeed his life was anything but dull. May he rest in peace.