But Why Is America Exceptional?

Guy Chet is Professor of American History at the University of North Texas, and author of The Colonists’ American Revolution: Preserving English Liberty, 1607-1783. 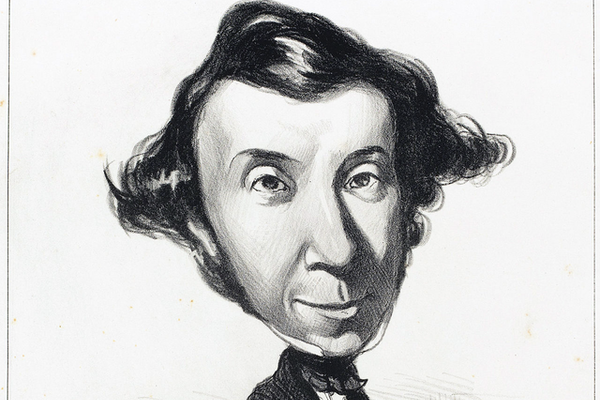 The debate about American exceptionalism is not really about whether America is exceptional (unique), but about whether it should be.   Virtually everyone who encounters American culture can tell that Americans are different – they have their own sports, a fondness for guns, a fear of government that is unmatched in other democracies (and even many dictatorships), anantagonism to socialism and attachment to religion that likewise stand out in the Western world, a peculiar political system, a preoccupation with race, a distinctive approach to criminal justice, a materialist and consumerist ethos, and a pop culture that is easily identifiable as American (from rock ‘n roll, jazz, soul, hip hop, and country music to Hollywood blockbusters, westerns, comic books, and talk radio).

This is why Europeans look at America and scratch their heads.   While all countries have their idiosyncrasies – Greece is different from Denmark, and France is different from Romania – they all see the United States as downright weird.   America shares this sense of itself as a special or odd country – the broad spectrum of Americans stretching left to right from Bill Maher to Bill O'Reilly agrees that the United States is unlike other countries.   The difference between Bill Maher and Bill O’Reilly is that Maher laments this and hopes that the United States joins the path of other Western liberal democracies, whereas O'Reilly celebrates America’s special path and hopes it endures.   So while Americans disagree on whether this country is better or worse for its distinctive features, they broadly agree that it is distinctive – an exception, a special case – among its industrialized counterparts.

The meaningful debate, therefore, is not whether the United States is different, but when and why it became different.   Indeed, the most prominent theme that students the world over learn about early-America is the formation of American identity – how American society became distinctively American, featuring uniquely American manners, philosophical and political sensibilities, religiosity, and sociology.   Most historians hold that this happened early and slowly.   They argue that European settlers encountered an exceptional physical and social environment in America.   These historians point to America’s extraordinarygeography, topography, climate, flora, and fauna, but also its singular social environment – its racial, ethnic, and religious diversity, its cheap land and high wages, slavery, and the absence of a legal aristocracy.   These scholars suggest that this exceptional physical and social environment gradually reshaped the English settlers’ cultural traits.   The colonies thus drifted steadily away from their English cultural roots, until they finally separated completely in 1776.

The idea that the American environment reshaped the culture of European settlers makes anthropological sense.  After all, we expect peoples living in different environments – hot versus cold, mountainous versus flat, urban versus rural – to differ from one another culturally.   But there is a contrary explanation for the formation of American culture and identity that makes as much sense, if not more.   It rejects the claim that American social, religious, ethical, and political sensibilities were new;  made in America and by America.   It instead tells a story of an old English culture that was preserved in America, as the mother country evolved and changed.   According to this narrative, America’s sudden separation from Britain in 1776 allowed settlers to retain old English practices and beliefs that were later swept away by modernity in Britain.

This debate manifests itself in virtually every aspect of early-American history.   Did America’s regional accents form in America over time, as Anglo-Americans mixed with other ethnicities in different parts of America, or were these accents regional Britishaccents that settlers brought to America from the old country?   Likewise, is the French-Canadian accent a bastardization of “proper” French, or is it a linguistic time capsule that preserved the sound of seventeenth-century French?   Was the settlers’ religious experience uniquely-American or an extension of English developments?   Did America change English family structure, or did American families conform to traditional English patterns?   Were American political habits products of life in America, or of the settlers’ English heritage?   Such questions shape scholarship in fields as varied as technology, science, agriculture, military tactics, race, economic development, gender, literature, architecture, and fashion.

What all these questions lead to is the American Revolution – did Americans launch their rebellion because they had become increasingly different and distant from their mother country?   Or did they rebel because they were English, and thus infused with conventionally-English fears about governmental power?

American historians largely explain the Revolution as a product of English settlers transforming into Americans.   But the settlers themselves saw their political resistance not as a product of uniquely-American sensibilities that they had acquired by living in America, but as a product of their English heritage.   Indeed, they did not exhibit or perceive a growing sense of difference or distance from England during the seventeenth and eighteenth centuries.  They referred to themselves as English (or British), they did not express disapproval of monarchy, they took patriotic pride in Britain’s accomplishments on the world stage, and they saw themselves as integral components of a transatlantic British civilization.   Moreover, even as they resisted Parliament’s imperial policies in the 1760s and ‘70s, settlers understood and explained their resistance as conventionally English – they understood themselves not as agents of change, but as upholding traditional English practices and liberties.  They saw themselves as the successors of those who had launched England’s Civil War (1642) and Glorious Revolution (1688).  Indeed, the settlers’ beliefs regarding self-government, law, and arbitrary power – the animating ideas of the American Revolution – were mainstream beliefs in Britain, just as they were in the colonies.

Just as early Protestants saw themselves not as innovators, but as upholding and preserving the ancient Christian faith, so too did Revolutionary Americans.   They were carrying the standard of an old English political culture that had lost its way.   They were trying to preserve an old established order, rather than create a new order, or a new system of government.

Alexis De Tocqueville observed in 1832 that “the American is the Englishman left to himself.”   He saw Americans’ cultural and political traits as old English traits.   Political separation from Britain allowed these traits to remain preserved in America, like a bug in amber, as they were whittled away in the old country.   The American Revolution – not America – created the distinctiveness that some laud as exceptional and others lament as simply odd.