This Independence Day, We Need a Patriotism Index

Gregory D. Foster is a professor at the National Defense University. The irony expressed here is his own. 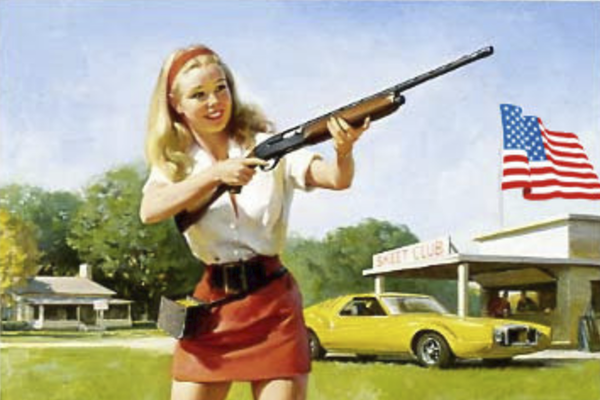 Independence Day is a day for patriotic reaffirmation and renewal, is it not? With continuing and growing controversy over immigrants and immigration reform, police brutality, racial discrimination and unrest, and even the inequalities of pandemic vulnerability and treatment, it seems inevitable that an abundance of patriot talk and an overabundance of political judging will be an enduring feature of the political and social landscape in the months leading up to the next election.

What better time, then, to reestablish the patriotic bona fides of everyone – EVERYONE – in this country? What better time to determine who legitimately deserves to be here enjoying what is rightfully ours? Considering the subjective nature of patriotism, to say nothing of the sanctimonious, accusatory tenor of most patriot talk, it seems only fitting that we now develop a long-overdue Patriotism Index to distinguish real Americans from the many poseurs and potential enemies who lurk among us.

The first thing we need to do is come up with a scoring scheme. We can begin by acknowledging that patriotism is about love of country. But what, exactly, do we mean by country? Is it the land itself: spacious skies, amber waves of grain, purple mountains’ majesty, fruited plains, redwood forests, gulfstream waters? For scoring purposes, there isn’t much in this definition that we can use, unless we give negative points to tree-hugging conservationists and environmentalists, who naturally tend to be seditious anyway.

A more fruitful avenue might be to think of country as the people – as in “We the People.” There’s promise here. For starters, the whiter, more Christian, and more heterosexual you are, the more points you deserve. If you’re swarthy, you get negative points. Likewise for immigrants. The farther removed you are from being an immigrant, the more points you should get – unless you’re Native American, in which case you get no points.

Or maybe country is the constellation of ideas that reflect who we are (or who we think and say we are). If we opt for rhetoric over reality in our scoring, we would award points for advocates of compassion, tolerance, dissent, generosity, idealism, altruism, and of course freedom and equality.

On the other hand, if we opt for reality over rhetoric, points would go to practitioners of arrogance, hypocrisy, dogmatism, bellicosity, materialism, moralism, and selfishness. My preference is for this latter approach.

What about the love part of the equation? How would we actually determine love of country? There seem to be three possibilities: by deeds, words, or symbols. Since we live in the postmodern media age, we would want to weight symbolism more heavily than words, and words more heavily than deeds.

We could have a symbolic point scale that reflects our use of the American flag for all manner of muscle flexing, saber rattling, and drum beating. Wrapping oneself in the flag would be worth the most points, followed by waving the flag, followed by merely displaying it (on your house, body, clothes, or vehicle). Doing what the flag actually stands for – protesting social injustice, for example, or criticizing government excess, ineptitude, or secrecy – would receive minimal (if any) points. And, of course, don’t forget those MAGA caps and t-shirts.

We also could have a rhetorical point scale. Unrestrained patriot talk would be worth lots of points – regularly reciting the Pledge of Allegiance, say, or enthusiastically singing the National Anthem, “God Bless America,” or “America, the Beautiful,” or repetitiously mouthing platitudes about Making America Great Again. No points for the Golden Rule, the Universal Declaration of Human Rights, “Give Peace a Chance,” or “Imagine.”

And, since hatred of other countries and people is one of the purest reflections of love for one’s own country, various forms of jingoistic outrage and hate speech directed at suspicious or inferior beliefs, races, and regimes – China, say, or Venezuela, or, depending on the day of the week, North Korea, or even an occasional swipe at Russia to cover our tracks – would garner additional points.

Finally, there would be a scale of deeds that would distinguish loyal from disloyal acts and take motives and intentions into account. Conformity, compliance, and obedience would be weighted heavily; non-conformity, heresy, and dissent not at all. Sacrifice – especially the unintended loss of privilege and prestige – would receive big points. Service to country would be weighted more heavily than service to humanity. Special points would be awarded for intentional refusal to abet or enable weak, unfit interlopers and parasites – like the migrant caravans swarming the southern border – who undeservedly seek to appropriate American plenty and protection.

Once we are all assigned documentable patriotism scores, we will have in place a rigorous method for purifying ourselves and sanctifying our claims to greatness. Then it will be clear that the words inscribed on the Statue of Liberty – “Give me your tired, your poor,/Your huddled masses yearning to breathe free” – are sentimental bunk, and that the words that best speak for America today are those of the great superpatriot Barry Goldwater: “Extremism in the defense of liberty is no vice!”

(Take note, dear reader, if you have taken this proposal literally, rather than as irony – and, scarier still, if you have found the idea attractive – you’re part of the problem, not part of the solution. Be afraid, be very afraid.)