Will California Voters End a 24-Year Ban on Affirmative Action? 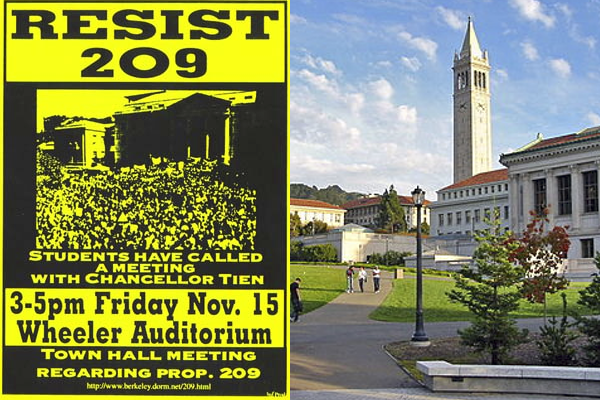 This November, California voters will have the chance to repeal the state’s longtime ban on affirmative action. A state ballot measure, Proposition 16, will be the first major test of voter enthusiasm for social justice measures since the May 28 murder of George Floyd.

The ban on the use of affirmative action by state government was passed as a ballot measure (Proposition 209) in 1996 with strong support from Republican Governor Pete Wilson.

Proposition 16, if passed, would allow the state to use affirmative action programs in government hiring, contracting and university admissions. The measure’s most immediate impact would be on college admissions, where officials could once again use an applicant’s race as a factor in determining acceptance.

The ballot proposition, which would amend the state’s constitution, needs a simple majority to take effect. It was placed on the ballot after a June 24 vote in the Democratic-controlled state Senate.  The Senate vote came shortly after the university board of regents voted unanimously to endorse the ballot measure and one month after the killing of George Floyd in Minneapolis.

How did California, now seen as a bastion of progressive legislation, pass a ban on affirmative action?

The 1990s were a period of rapid change and social unrest in the Golden State. Between 1988 and 1992 the state experienced a 42% increase in illegal immigration. In 1992, Los Angeles endured three days of rioting after the acquittal at trial of the LAPD officers who beat Rodney King.

By 1996, Governor Wilson was contemplating a run at the Republican presidential nomination and saw the rise in illegal immigration as an issue he could use to his advantage. Ward Connerly, a Black businessman appointed by Wilson to the university board of regents, became the most prominent supporter of Proposition 209, the measure banning affirmative action. In speeches and editorials, Connerly characterized it as a “civil rights” measure.

In 1996, the California electorate was 74% white. Proposition 209 passed by an overwhelmingly majority of white voters, 63-37%, while being opposed by majorities of Black, Hispanic and Asian voters, who constituted a small fraction of the electorate.

The repeal measure will benefit from a well-funded “Yes” campaign, which has raised more than $3 million. The “Yes” campaign enjoys the support of the state’s leading Democrats and most major unions.  Proposition 16 opponents, who have tapped Proposition 209 backer Ward Connerly as a spokesperson, have raised only around $100,000.

The Asian American community appears to be divided in its support. While State Controller Betty Yee, the state’s highest elected Asian American, supports Proposition 16, the Silicon Valley Chinese Association, a business group, strongly opposes it. The group’s president, Crystal Lu, said “We cannot let government choose winners or losers on the basis of your race or gender.”

Although the University of California (UC) and California State University (CSU) systems have been prohibited from using racial quotas in recent decades, they have implemented policies to diversify enrollment by giving weight to applicants’ economic status.

African Americans make up about 6.5 % of state’s adult population, but only 4% of undergraduates at both the UC and CSU systems.

While no major statewide polls have been conducted on Proposition 16, many of the state’s political experts believe it will pass. The November ballot will include Democratic nominees Joe Biden and Kamala Harris, the state’s popular U.S. Senator. California is strongly anti-Trump and a large turnout is expected, which should favor progressive candidates and social justice causes.